Senior citizens to get free one month access to Nairobi park 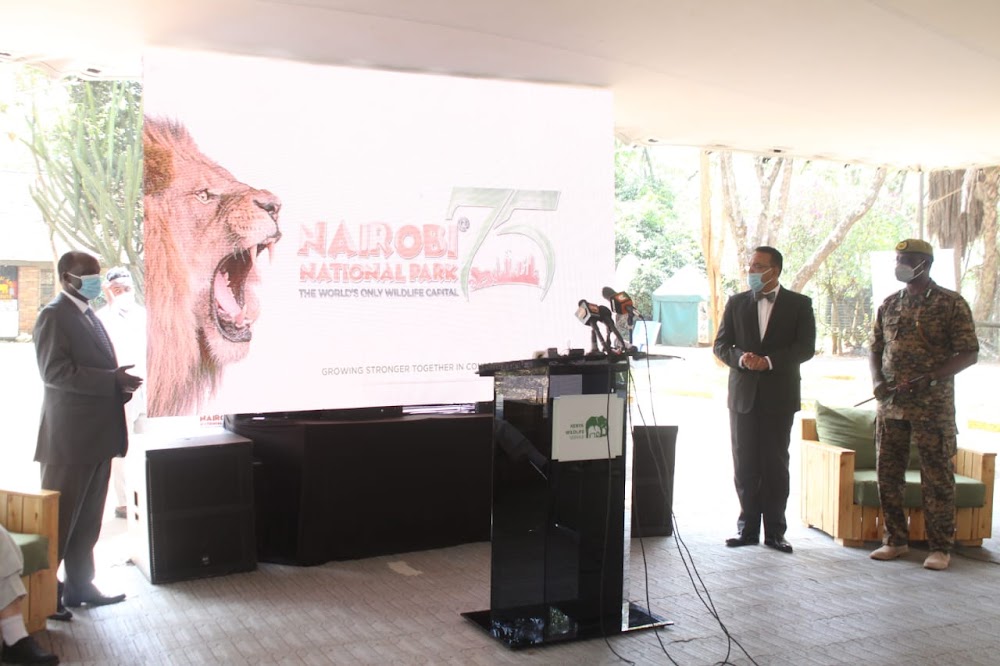 Nairobi National Park was established on December 16, 1946, to conserve and protect the wildlife that was under great threat from hunting exploits by traders, prospectors and pioneer settlers, then the British colony.

It covers 29,000 acres with Balala saying some 2,000 more acres have been added to it after the National government donated what used to be a sheep and goats research facility.

He said the move has made the park 31,000 acres that is now under the custody of KWS.

Balala said the research facility which is located on the southern side of the park has provided a wildlife corridor to interconnect the park with Swara and the International Livestock Research Institute in Machakos.

The park hosts more than 100 mammals and 400 bird species as well as an array of environmental biodiversity such as plains, forests, tree-lined watercourse and deep rocky gorges.

The park has more than 45 lions among carnivores, such as leopards, cheetahs and hyenas.

Hippopotamuses inhabit the Mbagathi River, while crocodiles reside in the dams.

The park is unique as it is located a few kilometers from the CBD.

It however has several challenges.

This includes habitat loss and fragmentation in the dispersal areas, the decline in wildlife population, poaching, human-wildlife conflicts, alien and invasive species, pollution, mining and quarries.

Others are climate change, low park visitation, increased urbanization, settlement threats on the sheep and goats ranch, and infrastructure development.

Balala said over 2,500 tree seedlings have already been planted in the park.

He announced that plans are in place to organize lion tracking and set up a photo gallery at the park detailing achievements since the establishment in order to take visitors down memory lane.

Balala said plans are at an advanced stage to roll out a new revenue system set to be piloted in Nairobi Park, Amboseli and Nakuru.

He also announced that all the parks will have their own identity and brands.

Balala said Amboseli and Lake Nakuru and other parks will also have their logos.

“We also want to improve the customer experience while entering our parks. We are making all entries to be electronic and on December 1, Nairobi National PARK will be a pilot,” he said.

The CS said the KWS board of trustees will soon be announced.

Balala said the challenges facing the park are set to be cured by an already gazetted management plan.

He said contractors are already on the ground giving a facelift to the road network.

Balala said all parks must have a management plan.

Amboseli, Maasai Mara and Conservancies in the area already have a management plan.

The CS said KWS was highly compensated for most of the easements that were given for SGR and the roads.

“And that amount of money almost Sh 4 billion was deposited in the endowment fund of KWS and is earning interest for KWS. That endowment fund is never touched only proceeds when we have challenges,” he said adding that the amount for the last four years is intact.

The CS credited the government for allocating 2,000 acres that he said belonged to Kenya Meat Commission.