Rescue teams in Bundibugyo District led by Uganda Red Cross Society revealed that many people are still unaccounted for.

Search and rescue operations in the region have reportedly been hampered because roads have been swept away by the Uganda floods.

Bugisu and Bundibugyo regions near Ruwenzori Mountain were the worst affected.

Heavy rains have persisted in the last couple of days. Areas around the Mt. Elgon and Rwenzori have suffered adverse effects. In Video is #Bundibugyo today. @IFRCAfrica @opmdpm @Parliament_Ug @GovUganda 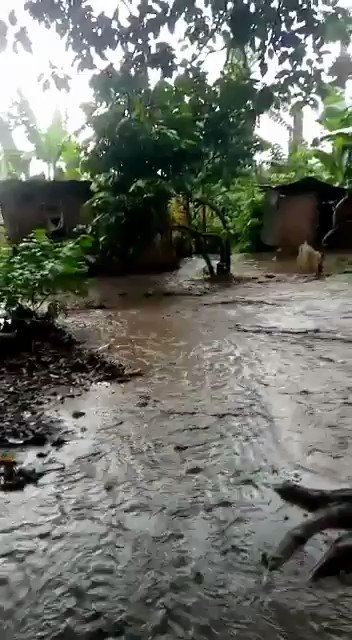 Mudslides and floods left thousands homeless with APA news reporting that the displaced have been forced to seek shelter in schools and nearby churches.

This after more than 30 houses were swept away by the Uganda floods and property buried in mud slides.

“Most likely Bubukwang transit center is going to house close to 700 people who are displaced in Bundibugyo,” said Irene Nakasita from Ugandan Red Cross.

Musa Echweru further added that the flood affected areas are at risk of getting an out break of water-borne diseases.

“There’s a risk of contamination of water and if that is not handled well, then we are going to risk another phase of a challenge, an outbreak of cholera which will compound our humanitarian intervention,” he said.

The government is said to have released money for emergency drugs to treat water-borne diseases, inflatable boats, tarps, blankets, food, and repairing bridges.

Ugandan authorities say the floods are expected to recede in January.

Online comedian Henry Desagu has promised his fans to expect even greater content after he made it to YouTube's list of top five Comedians...
Read more
Entertainment

Hilarious and celebrated self-proclaimed President of Comedy Eric Omondi has revealed his new movie Early Man will premiere this month. The former Churchill Show comedian who has...
Read more
News

Online comedian Henry Desagu has promised his fans to expect even greater content after he made it to YouTube's list of top five Comedians...
Read more

Hilarious and celebrated self-proclaimed President of Comedy Eric Omondi has revealed his new movie Early Man will premiere this month. The former Churchill Show comedian who has...
Read more

Manchester United’s Ashley Young has signed a six-month contract with the Serie A side Inter Milan with the option for further extension; the club...
Read more

A friend to the shot DJ by Babu Owino has given insight at what DJ Evolve was like. A Twitter user has emerged speaking...
Read more

Babu Owino’s friend talks of events before the shooting

Babu Owino's friend Kelvin Okwiri has revealed what transpired the night of the shooting. According to Kelvin, the Embakasi member of parliament's security team...
Read more

Kate the actress took to social media to flaunt her new BMW gifted by her hubby Phil Karanja. She was over the moon as...
Read more

It seems to be another good year for online sensational comedian and TV show co-host Kartelo who has landed a new radio show dubbed...
Read more
Loading...