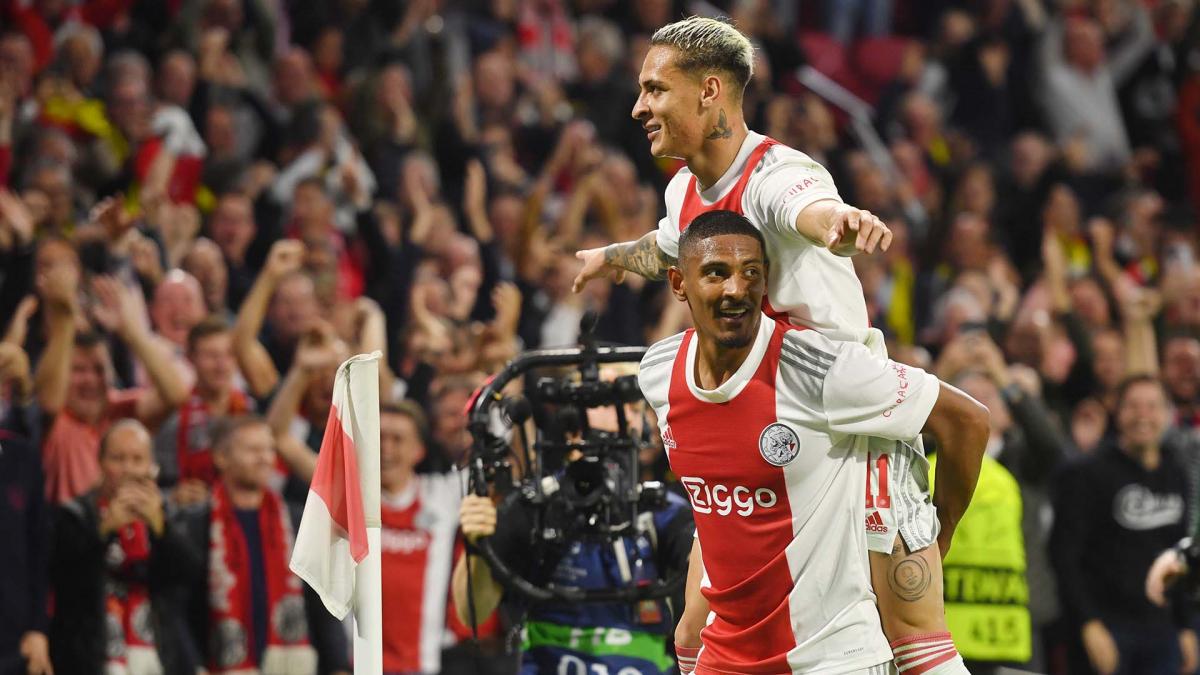 Since the extraordinary 2018/2019 season when the club achieved the double on the national scene and failed one minute from a Champions League final, Ajax Amsterdam has once again become a formidable team on the European scene. Whether in Eredivisie or in the Big Ears Cup, Erik ten Hag’s team is multiplying the boxes.

Hero of Greek mythology, part of the Argonauts and having participated in the Trojan War, Ajax is the origin of the name of the largest club in the Netherlands. And that’s good because at the start of the season, the Lancers (name taken from the characteristic weapon of Ajax on the battlefield) are very sharp. On the line of the last seasons, Erik ten Hag has found the right formula and it seems more effective than ever. Still, it didn’t seem so obvious at the start of the season. Despite the interesting recruitments of Mohamed Daramy (Copenhagen) and Steven Berghuis (Feyenoord), the free arrival of Remko Pasveer (Vitesse) and the return of loan from Danilo (Twente) and rather secondary departures, Ajax Amsterdam completely missed its first release of the season.

Swept 4-0 by their rival PSV Eindhoven in the Supercup after a masterclass by Noni Madueke, Ajax Amsterdam sounded the red alert via Erik ten Hag. But slowly things are back to normal. Starting with a large victory NEC Nijmegen (5-0) then hooked by Twente (1-1), Ajax Amsterdam got into the rhythm and defined a typical team. Multiplying some cards as against Vitesse Arnhem (5-0), Sporting CP (5-1), Cambuur (9-0), Fortuna Sittard (5-0), Dortmund (4-0) and most recently against at PSV Eindhoven. Ajax Amsterdam has found its cruising speed. At the top of its Champions League group (9 points, 3 wins in 3 matches) and leader of Eredivise with 25 points and a difference of +35 in 10 matches, Ajax Amsterdam scored goals.

However, interesting at the start of the season, Davy Klaassen caused a turning point in the start of the season for Ajax Amsterdam with his injury. Leaving the role of number 10 abandoned, the former Everton and Werder was brilliantly replaced by Steven Berghuis. A winger by training, the latter quickly adapted to this new role (5 goals and 7 assists in 14 matches) and formed a fiery quartet with Sébastien Haller, Antony and Dusan Tadic. Between them, they scored 27 of the Lancers’ 48 goals and weighed in thanks to crazy activity in the opposing camp. This new hybrid role of Steven Berghuis makes it possible to better define the roles in attack.

From a simplified point of view, we can say that Sébastien Haller takes care of the finish and the throw-in game while Antony is more in the percussion. More passer (11 offerings in 14 matches), Dusan Tadic has the keys to the game and takes advantage of Steven Berghuis’ incessant activity to find spaces. The latter was also happy with this new position after the big victory against PSV Eindhoven: “I feel good on the pitch, with two wingers in front of me. I often put myself in a scoring position and I can often change the game. “ His coach Erik ten Haag is on the same page: “I’m very happy with what he’s showing. Everything Steven does hits the mark. It’s ballistic. He’s playing very well at the moment. It’s fantastic to see him. ”

A strong team behind

Faithful to his playing principles that we have known for a few seasons, Erik ten Hag’s team seems to reach for the moment their best level since the historic 2018/2019 season. Crazy efficiency in front of goal with an average of almost 3.7 goals per match in Eredivisie and Champions League, Ajax Amsterdam conceded only 2 goals in Eredivisie and 1 achievement in the Champions League. In the league precisely, the only two goals conceded occurred during the two losses of the Godenzonen, namely a draw against Twente (1-1) and the defeat against Utrecht (1-0). This proves a real progress at the level of the defensive sector. In the cages, however, nothing was certain between the long injury of Maarten Stekelenburg and the absence of André Onana for doping. Arrived confidentially from Vitesse, veteran Remko Pasveer (37) managed to take the job.

Moreover, the one who has never been capped with the Netherlands had distinguished himself in a sensational parade against Borussia Dortmund after an incredible volley from Erling Braut Håland. He is also the only goalkeeper to have stopped three shots on target for the Norwegian in the Champions League. Still decisive against PSV Eindhoven, he won praise from Erik ten Hag: “Thanks again to Remko Pasveer. He dragged us through the difficulty. Until 1-0, the opponent still believed in it, after 2-0, it was done. “ In addition to the goalkeeper, Ajax Amsterdam relies on a well-organized defense. In the center, Jurriën Timber and Lisandro Martínez largely do the job while Perr Schuurs chomping at the bit despite a certain talent. On the left side, Daley Blind is back to the side and enjoys it while keeping his lane well.

A good dynamic that claims victims

This gives Noussair Mazraoui more freedom on the right side. Fully recovered after two disappointing seasons, the Moroccan notably scored 4 goals and delivered 3 offerings in 14 matches. Uncompromising, he got the better of the young talent Devyne Rensch. In the midfield, the presence of Edson Álvarez does a lot of good. The Mexican who is a central defender by training is getting better and better and has already forgotten his complicated debut in the Dutch capital. His midfield impact allows Ryan Gravenberch to stand out more. Even if the latter remains valuable in recovery, he can sometimes project himself without worrying too much thanks to the presence of the Mexican who reassures him. This balance found by Ajax Amsterdam seems very interesting for the rest of the season, whether in Eredivisie or in the Champions League. However, it took its toll.

In defense, we can think of Nicolás Tagliafico who became a substitute with the repositioning of Daley Blind. The Argentine side who suffered from aborted departures in recent seasons suffers from this loss of status for the first time after 3 and a half seasons where he was indisputable. In the middle Mohammed Kudus rookie star of the summer of 2020 who has suffered many injuries is chomping at the bit like Davy Klaassen downgraded in favor of Steven Berghuis. Finally, the talented David Neres is just a luxury joker for now. He pays for a fire attack that works well without him. With appalling strength, Ajax Amsterdam will nevertheless have to manage these cases intelligently so as not to experience a hollow. In any case, there is something to be confident on the side of the Godenzonen.

The ranking of the Eredivisie

The fabulous story of Junior Messias, savior of AC Milan in the Champions League

French team: Christopher Nkunku sends a hell of a message to Didier Deschamps!

The fabulous story of Junior Messias, savior of AC Milan in...

French team: Christopher Nkunku sends a hell of a message to...

Ajax: André Onana leaves the door open for a start

PSG: Sergio Ramos finally sees the end of the tunnel