ASSE-SCO: at least one game behind closed doors for Saint-Étienne 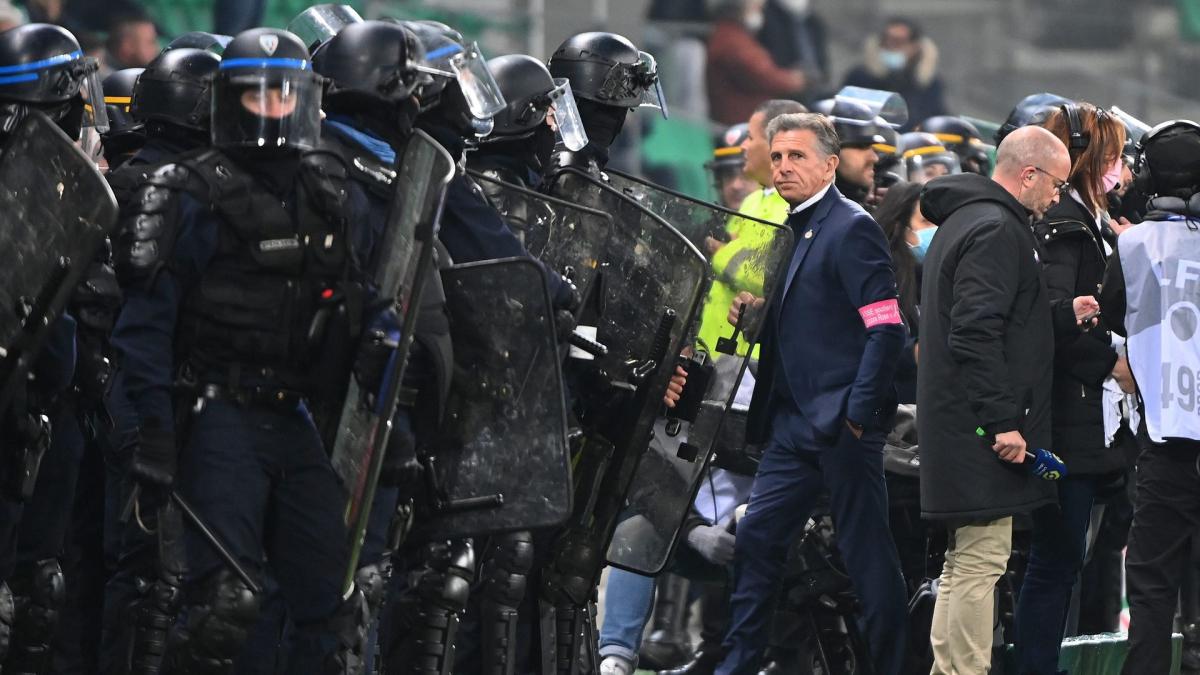 In the aftermath of the Classic between Olympique de Marseille and Paris Saint-Germain (0-0), punctuated by incidents in the stands of the Vélodrome, the disciplinary committee of the LFP has a lot to do about it, what is more after the overflows that occurred at Geoffroy-Guichard before the Saint-Etienne-Angers match on Friday evening. As such, the disciplinary committee of the LFP met on Monday to study the clashes that occurred in the Cauldron and thus decided to put the case under investigation until November 17. Note that by then, the Greens will play their match against Clermont, scheduled for November 7, behind closed doors. In addition, the Saint-Etienne parking lot in Metz (October 30) will also be closed. While waiting for the final measures, no more supporters of the Greens will therefore be able to take place in the forum. Information explained in an official press release.

In view of the incidents that occurred before the AS Saint-Etienne-Angers SCO meeting (11th day of Ligue 1 Uber Eats), the disciplinary committee of the LFP decided to put the case under investigation. The decisions will be rendered at the end of the session on Wednesday, November 17, 2021 during which the instructor will submit his report. In addition, it pronounces the following two measures as a precaution: