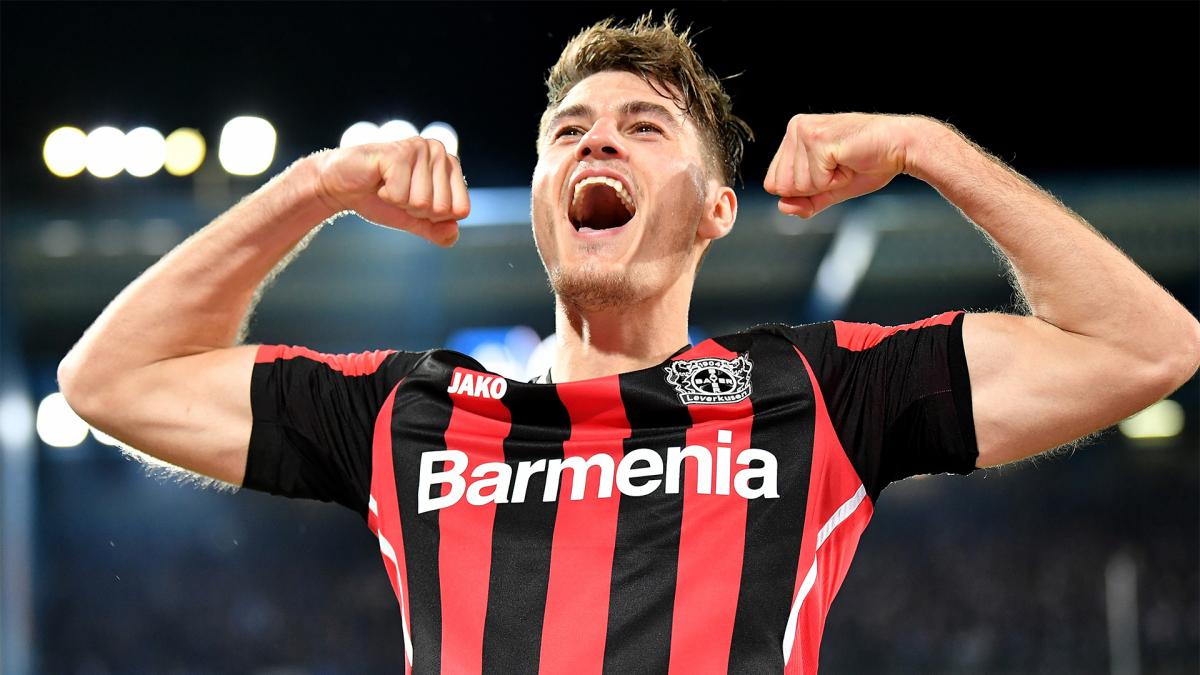 Sparkling with the Czech Republic, eliminated in the quarter-finals by Denmark at the last Euro, Patrik Schick also remains the great architect of this remarkable start to the season achieved by Bayer Leverkusen. A rebirth for the tall and elegant Czech striker, who left for Italy at the age of 20 and who had seen his ascent halted by a failed stint at AS Roma.

“A hungry goalscorer” according to Vladimir Darida, the captain of the Czech national team. “An exceptional player, better in some ways than Ronaldo”, ignited even Jaroslav Hrebik, the sports director of Sparta Prague, first club of Patrik Schick, in the columns of the Guardian. There is no shortage of glowing portraits of the Czech international striker (33 caps, 17 goals). And for good reason, in recent months, the 25-year-old Bayer striker has displayed sparkling form. On the eastern bank of the Rhine, halfway between Cologne and Düsseldorf, Patrik Schick shines brightly under the Pillendreher jersey. Author of his eighth goal in nine Bundesliga games in a draw conceded on Sunday afternoon against neighbors Cologne (2-2), the native of Prague settled on the podium of the top scorers in the German championship, just behind the two aliens Robert Lewandowski (10) and Erling Haaland (9). XXL individual performances allowing, moreover, Gerardo Seoane’s men to score in a very good fourth place.

The services resulted in the appearance of confirmation for the one who had already shone in the shirt of the Narodni tym during the last Euro, even if the main interested party does not seem to be able to explain this current state of grace: “I don’t know exactly what has changed. It all started during the European Nations Championship. I scored five goals and kept that momentum in the Bundesliga. I never stopped working. I believe in my work, I believe in my abilities. But I don’t know exactly what has changed ”, he pointed out recently. Quarter-finalist with the Czech Republic, eliminated by Denmark (1-2), Patrik Schick, number ten in the back, had worn his throughout the competition, also finishing second highest scorer in the tournament with five goals (tied with Cristiano Ronaldo, first in number of minutes played). Moreover, the former Sampdoria had definitely revealed himself to the eyes of the whole of Europe by scoring an alien lob of 49 meters against Scotland, designated the most beautiful goal by UEFA.

A late outbreak for the Czech esthete

Comfortable in the system proposed by Gerardo Seoane at Bayer Leverkusen, the left-hander of the Pillendreher shines today within a team which shines with its pressing work and is distinguished in particular by an intensity at all times in the recovery and duels. An outbreak which is nonetheless late for the native of the Czech capital. Arrived in Italy in 2016, at only 20 years old, he first treats Serie A thanks to his elegance and his finishing skills under the colors of Sampdoria, as evidenced by his 13 goals and 4 assists in 35 games. Symbol of this ease with the ball at the foot, this control like “Dennis Bergkamp”, in April 2017, allowing him to make a big bridge on a defender of Crotone before concluding victoriously. A dream start close to propelling him to Juventus, finally giving up on recruiting him due to a heart defect detected during the medical visit. A precaution that Roma will not take …

Disembarking on the banks of the Tiber for around € 42 million, a record for La Louve, his transfer quickly turned into a bitter failure. Barred by Edin Dzeko, he was above all the victim of repeated injuries and the Giallorossi people ended up resigning themselves: no, this young Czech striker, then aged 23, did not have the build to succeed the legendary Francesco Totti. Author of 8 small achievements in 58 appearances, he is therefore loaned with option to purchase to RB Leipzig in the summer of 2019. Where he will begin his rebirth. For his debut in Germany, Patrik Schick stood out, scoring 10 goals in his 28 appearances in all competitions. If these more than honorable performances catch the eye of Ligue 1 (OM, ASM, OL), they are not enough to convince the leaders of the RBL to exercise the option. Whatever, the esthete of the round ball finally joined Leverkusen, in September 2020, against a check of 25 M €. A profitable choice because, long announced as a great hope in the making, the Pillendreher steamroller now seems to belong to another category of players.

OL: Rayan Cherki, youngest player with a double in the European...

Europa League: AS Monaco is doing against Real Sociedad and will...