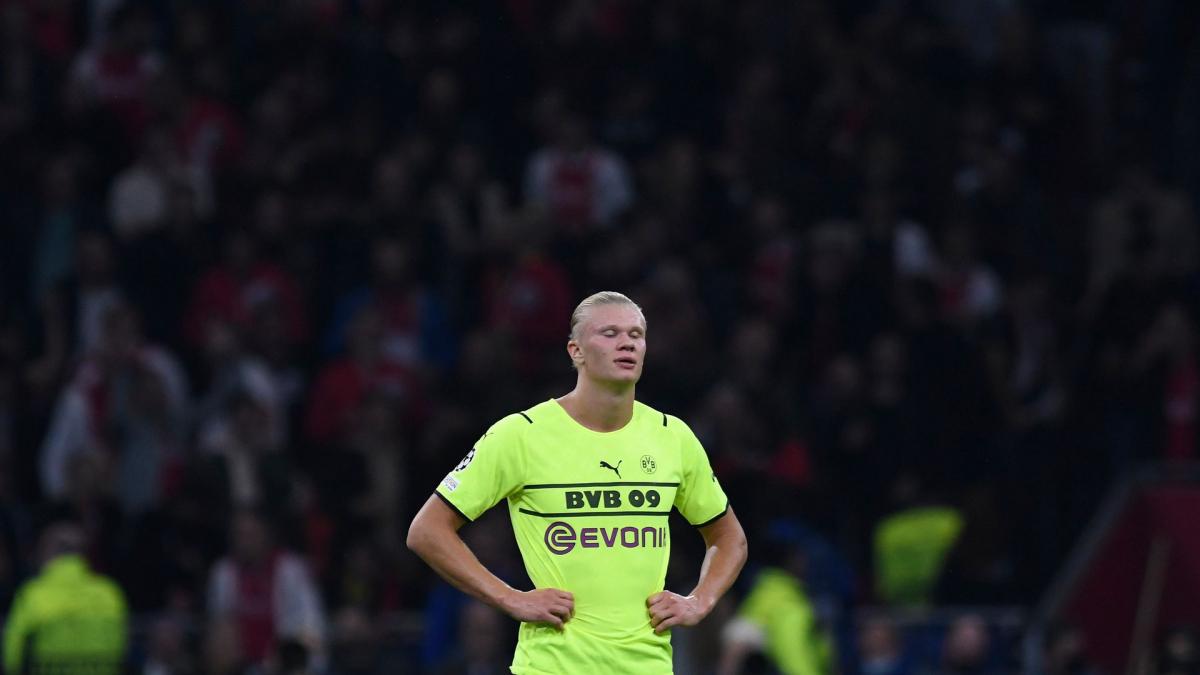 Injured again in the thigh, Erling Braut Håland missed Borussia Dortmund’s last game against Arminia Bielefeld (3-1) and should not return to the field for several weeks. And precisely, the situation could be worse than expected for the Norwegian …

True to his reputation as a cyborg, Erling Braut Håland had a great start to the season. With 13 goals and 4 assists in 10 matches including 9 goals and 4 assists in 6 Bundesliga matches, the former Molde confirms that he is one of the best scorers in the world. However, the Leeds United native is experiencing the first real glitches in his career. Victim of a thigh injury at the end of September and returned in mid-October, he recently relapsed.

With a serious thigh injury, Norwegian striker Erling Braut Håland is unlikely to return to the pitch anytime soon. The latest echoes were of a return to early December for the Borussia Dortmund striker, but he could return to the field later. Former player Jan Aage Fjörtoft who is close to the Håland family had already set the tone on Norwegian television.

According to Alf-Inge Håland’s friend, the Dortmund player’s father: “It may be that Ajax’s match (4-0 defeat in the Champions League last Tuesday) is the last match for him in this year.” Bild goes in this direction and reveals some indiscretions about this injury. Thus, Erling Braut Håland would have torn a muscle bundle in the flexor of the hip.

A big blow for Borussia Dortmund

If this were confirmed, the Norwegian striker could not resume collective training for about six weeks, in early December. Knowing that Borussia Dortmund’s schedule will be hellish until December 18, the date of the Marsupials’ last game of 2021, a return before 2022 becomes more complicated. This could have consequences for Borussia Dortmund.

In the Champions League, the Ruhr club is on a favorable waiver, but it will not be necessary to lose any more points under penalty of relaunching Sporting CP, which is three points away. The concern is greater in the league, however. Runner-up to Bayern Munich with just one point behind, Borussia Dortmund started well. However, the schedule will become more complicated with matches against RB Leipzig (travel), Wolfsburg (travel) and Bayern Munich (reception) which will be difficult to negotiate. This is already a major turning point in the season for BvB and Erling Braut Håland.