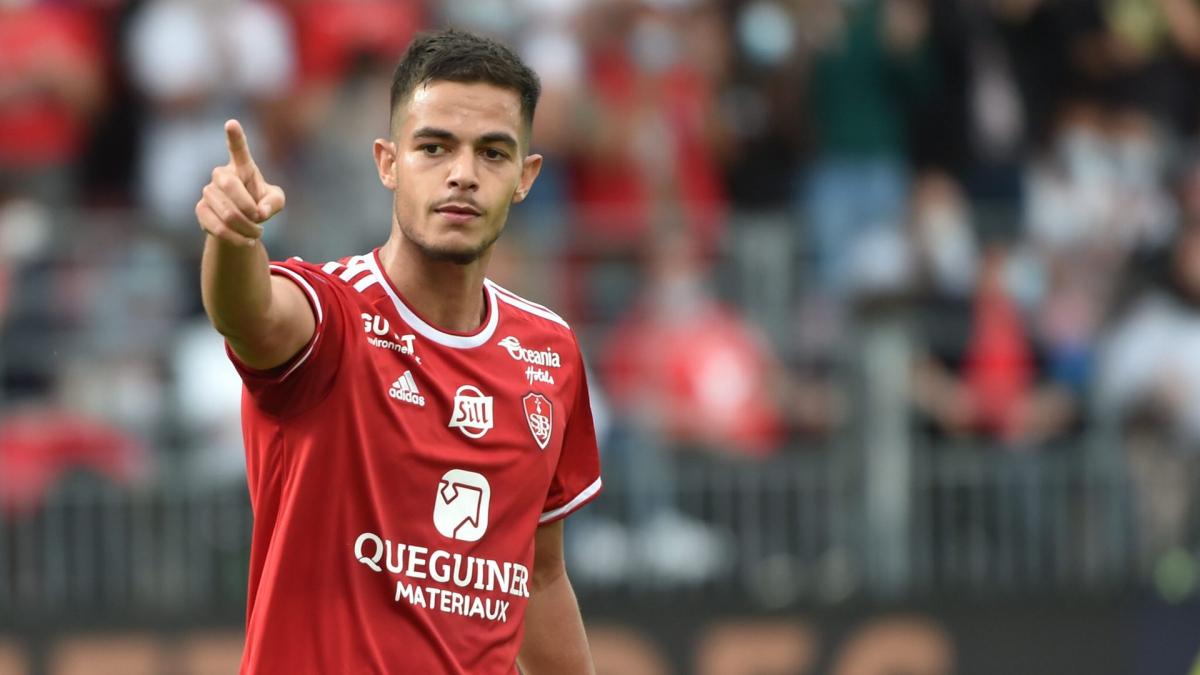 A few months after his aborted transfer to AC Milan, SB29 player Romain Faivre agreed to come back to this complicated episode.

Landed in Finistère in the summer of 2020, Romain Faivre had a great first season with Stade Brestois 29. If he scored six goals and delivered five assists in 36 Ligue 1 matches, the 23-year-old midfielder has above all impressed by its consistently high performance. So inevitably, during the last summer transfer window, the courtiers jostled at the gate, and in particular AC Milan, which finally preferred Junior Messias. While Borussia Mönchengladbach was also in the game as we revealed to you exclusively, the Rossoneri also thought of the former player of AS Monaco.

While his transfer, around 12 million euros with some bonuses, to Lombardy was on track, the main concerned even dried up the trip to Strasbourg in Ligue 1. But finally, at the end of the transfer window, the operation overturned and Romain Faivre remained at the quay, in Brest. But on the ground, the former element of Tours did not seem disturbed, he who has already scored five times, while giving five caviars, in 14 matches of the French Championship in 2021/22. But during an interview with Eleven World, the player returned to this episode and the management of it.

“If you get back to work immediately, you know Milan will come back”

“I managed it quietly. At first, it’s a bit hard. But next to that, you’re not going to collapse. If you collapse in Brest, what do you do next? You will waste time unnecessarily. Whereas if you get back to work immediately you know Milan will come back and maybe other clubs. I think I am responding well in the field for the moment. I play good matches and have stats. I hope we will move up the rankings “, said Romain Faivre, focused on his work with Stade Brestois 29 where he is under contract until June 2025.

Aware of his quality, the midfielder, whose price was “Between 15 and 20 million euros”, also returned to the amounts mentioned this summer: “So much the better if I’m worth that price.” What is rewarding is that despite the Covid and the difficulty of the market, offers have been sent. And that is significant. The club offered 14 or 15 million, it’s proof that they really wanted to sign me. You have to see things positively. Behind an evil, there is always a good. “ It remains to be seen whether AC Milan will return to the charge, this winter or later.