More
HomeSportsfootballBundesliga: Haaland and Dortmund have Mainz and take the lead, Leipzig and...
Sportsfootball

Bundesliga: Haaland and Dortmund have Mainz and take the lead, Leipzig and Frankfurt do not follow 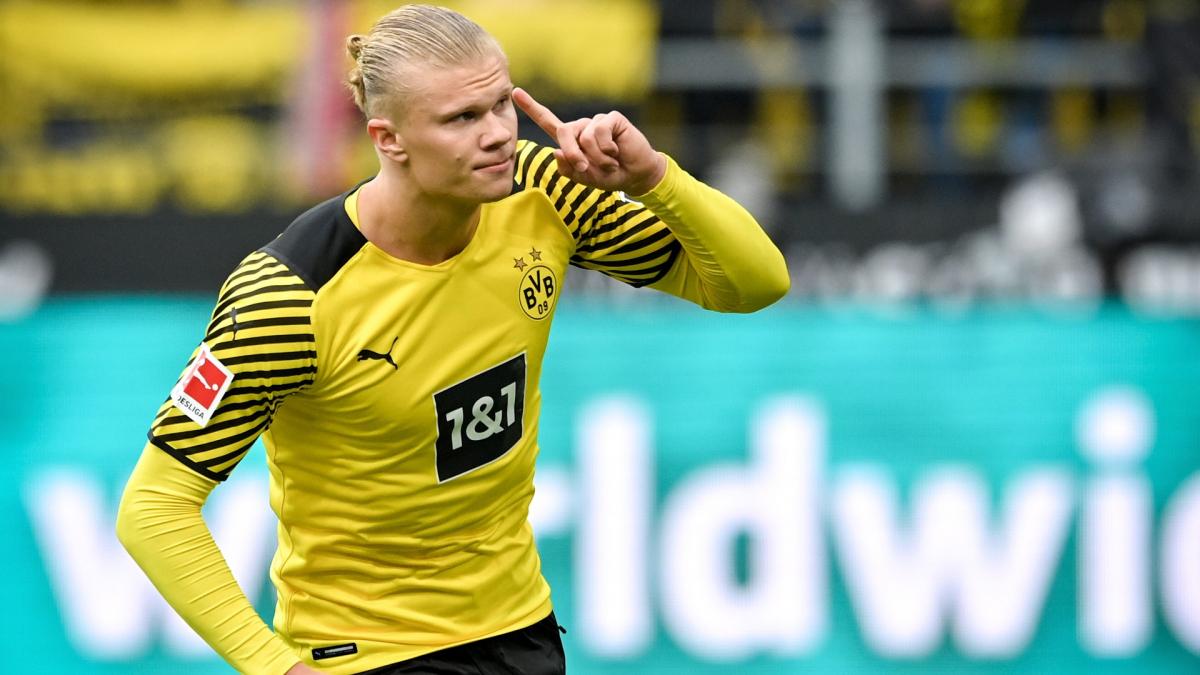 An eighth goal in eight days! At Signal Iduna Park, Borussia Dortmund disposed of Mainz, on behalf of the 8th day of the Bundesliga. Marco Reus quickly opened the scoring with a strike in the top corner (1-0, 3rd), before Erling Haaland caused and transformed a penalty in the second act (2-0, 54th). At the end of the game, Mainz took advantage of a poor clearance from the BvB goalkeeper, Gregor Kobel, to reduce the gap (2-1, 87th), before Erling Haaland, again, offered himself a double ( 90th + 4). His ninth goal of the season. Two more than Robert Lewandowski. BvB take the lead in the Bundesliga, ahead of Bayern Munich and Bayer Leverkusen, who meet tomorrow.

Another team in form, Freiburg could also temporarily take the lead in the German championship. Led by RB Leipzig on a penalty converted by Emil Forbserg (0-1, 30th), the Breisgau-Brasilianer managed to equalize thanks to the South Korean Woo-Yeong Jeong (1-1, 64th), author of his 3rd goal of the season. SC Freiburg is 4th, Leipzig does not follow and remains eighth. In bad shape and especially accustomed to draw results, Eintracht Frankfurt (14th) plunged back to home against Hertha (1-2). Opponent of LOSC in the Champions League, Wolfsburg has chained a third consecutive defeat, on the lawn of Union Berlin (2-0). Finally, the Frenchman Anthony Losilla offered a precious success away from Bochum, in the duel of the promoted (0-1).

Juventus: Giorgio Chiellini back against Atalanta

Juventus: Giorgio Chiellini back against Atalanta