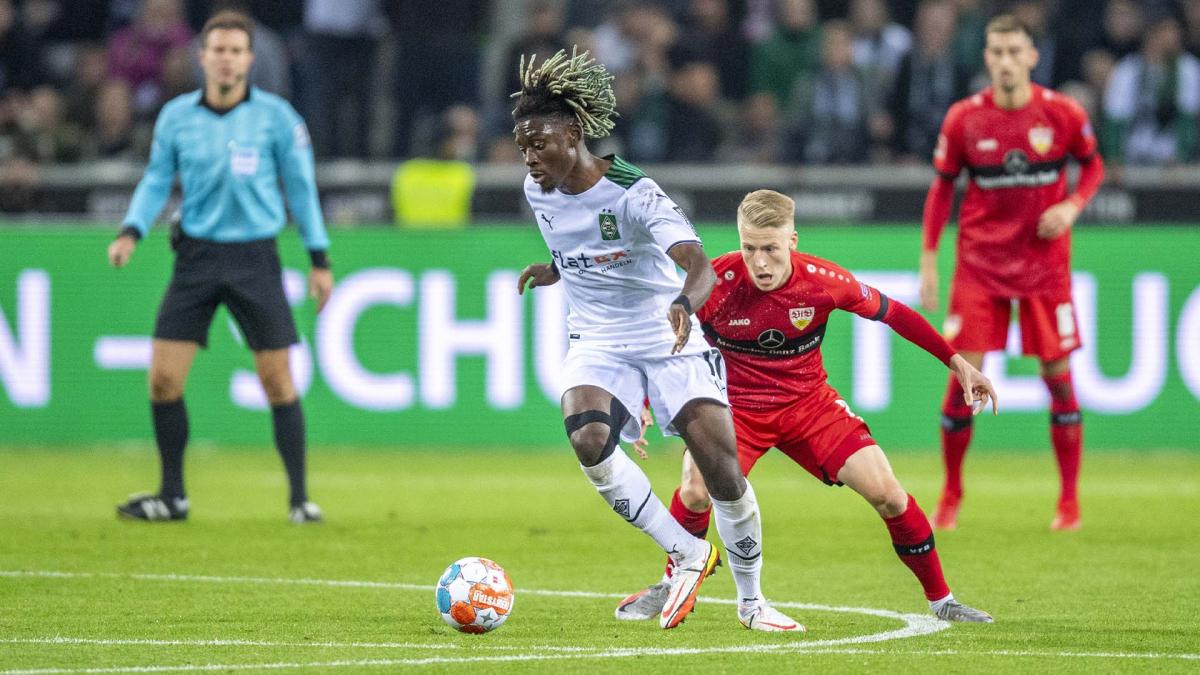 After the traditional 3:30 p.m. multiplex, the eighth day of the Bundesliga continued this Saturday at 6:30 p.m. with a mid-table poster between Borussia M’Gladbach (11th, 10 pts) and Stuttgart (12th, 8 pts). Two formations which remained on a good dynamic before the international break. Winners of Dortmund (1-0) and Wolfsburg (3-1), the Colts hoped to win a third consecutive success to get back to the leading pack. Opposite, the Swabians came out of a very contrasted start to the season (2 wins, 2 draws, 3 defeats) but had the ambition to confirm their success obtained against Hoffenheim (3-1) just before the truce. At Borussia-Park, Pellegrino Matarazzo therefore aligned a 3-5-2 where Omar Marmoush and Chris Führich formed the attacking duo. For his part, Adolf Hütter opted for a 3-4-3 with Breel Embolo, holder in point.

Dominators from the start of the meeting, Lars Stindl’s teammates were however surprised at the quarter of an hour of play by the intermediary of the defender Konstantinos Mavropanos (0-1, 15th). Absolute master of the debates (64% possession of the ball, 16 shots to 2 at the break), Borussia M’Gladbach would logically react, at the end of the first period, thanks to Jonas Hofmann, author of the equalizing goal (1-1, 42nd). When they returned from the locker room, Adolf Hütter’s men intensified the pressure a little more on the outskirts of the opponent’s area but none of their countless chances (29 shots to 5) were successful. Despite a total grip on this meeting, Mönchengladbach was forced to concede the draw (1-1). On the next day, Borussia, provisionally 10th, will move on the lawn of Hertha Berlin. On the occasion of this ninth day, Stuttgart (12th) will host the Union Berlin.

The XI of Borussia M’Gladbach

TEAM NEWS 📋 No changes as we look for our third win on the trot 🐎💚#DieFohlen #BMGVfB pic.twitter.com/KjeE2KXf8o

The XI of VfB Stuttgart