More
HomeSportsfootballEuropa League: AS Monaco is doing against Real Sociedad and will see...
Sportsfootball

Europa League: AS Monaco is doing against Real Sociedad and will see the eighth, Olympique Lyonnais has Bröndby 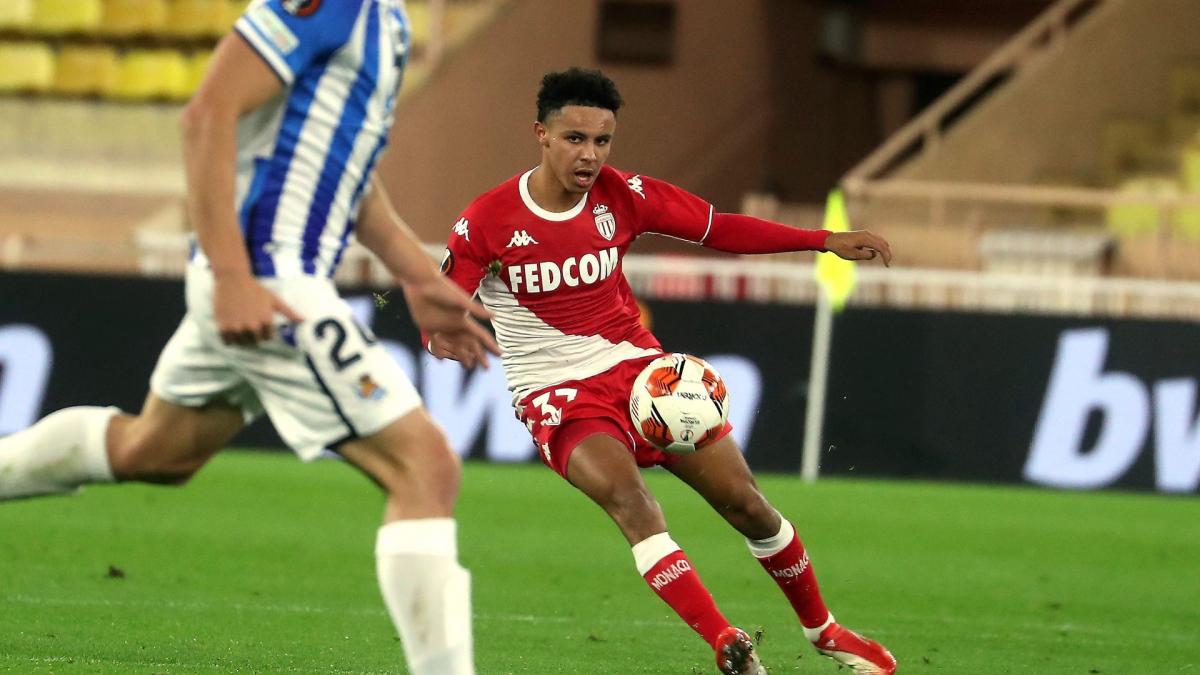 After a tight encounter, Niko Kovac’s men win (2-1) against Real Sociedad and validate their ticket for the round of 16. Already qualified, OL did not tremble and won in Bröndby (3-1) thanks in particular to a double from Cherki.

AS Monaco played its qualification this Thursday evening by welcoming Real Sociedad to Louis II. First in group B at kick-off, the Monegasques absolutely had to win to validate their ticket for the round of 16. To achieve this, Niko Kovac lined up a 4-2-3-1 with the only Ben Yedder in the lead. Imanol Alguacil opted for a 4-3-3 with the formidable trio Januzaj, Isak, Oyarzabal in attack. Very enterprising at the start of the match, the Basques got their first chance on a free kick hit by Januzaj well captured by Nübel (9th). Real were playing their luck, and Januzaj six meters well served by Muñoz saw the frame give way (27th). In the seconds that followed, ASM opened the scoring on their first big opportunity of the match.

On the right, Golovin exchanged with Ben Yedder and crossed in front of the goal for Volland who pushed the leather into the back of the net (1-0, 28 ‘). An opening scoring that galvanized the Monegasques, and Ben Yedder saw his shot repelled by Ryan (31st). Unfortunately four minutes later, Real Sociedad recovered from the score. Januzaj launched into the depth Isak who with a small dive deceived Nübel (1-1, 35 ‘). No time to think about it for Kovac’s men who regained the advantage two minutes later. Following a free kick hit by Diop, Badiashile headed for Fofana who catapulted the ball into Ryan’s goals (2-1, 37 ‘). Back from the locker room, Alguacil’s men were pushing and Isak saw his cross shot go just off (60th). Suffering, ASM had the worst difficulty in approaching the goals guarded by Ryan. At the end of the match, ASM finally approached the Spanish goals but the counter strike from Boadu came to die just above (80th). Six minutes later, Volland recovered the ball and released a nice shot that went right off (86th). AS Monaco ended the meeting at ten following the expulsion of Fofana (89th). Thanks to this precious success, AS Monaco validated their ticket for the round of 16 and finished first in their group.

Already qualified, Olympique Lyonnais traveled to Bröndby Stadion to face Bröndby. For this trip, Peter Bosz made a rotation in his eleven type and relied on a 4-4-2 with in particular the great return of Moussa Dembélé. Niels Frederiksen lined up a 3-5-2 with the duo Hedlund, Uhre in attack. OL were scared at the start of the match following a nice Danish move. Bruus on the right distilled a good cross for Miguel Riveros whose head passed nearby (14th). It was not until half an hour into the game to catch a glimpse of Lyon’s first attempt of the match, but Slimani saw his shot blocked by Maxsø (30th). The Danes were emboldened and Greve attempted a shot blocked for a corner (36 ‘). On returning from the locker room, Bosz’s men were surprised.

Hedlund on the right crosses hard for Uhre who saw his shot blocked by Lopes. But the leather came back on the person who pushed the ball into the net (1-0, 51st). OL recovered quickly, and equalized six minutes later. Cherki recovered the leather in the area and armed a strike from the left which deceived Mikkelsen (1-1, 57th). The Lyon nugget struck again a few minutes later. Well launched by Gusto, the Rhone attacking midfielder played with two defenders before adjusting Mikkelsen with a strike to the right of the goal (1-2, 66th). In the last quarter of an hour, the proteges of Bosz took cover for good. Paqueta delivered an excellent cross for Slimani who beat Mikkelsen with a header (1-3, 76 ‘). With this fifth success, Olympique Lyonnais continued their flawless performance in the Europa League. In the other matches of the evening, the Glasgow Rangers won at home (2-0) against Sparta Prague thanks to a brace from Morelos. PSV Eindhoven won (2-0) against Sturm Graz. Leicester had fun at King Power Stadium and won Legia Warsaw (3-1).

The results of the 9 p.m. matches

Newcastle will draw an XXL offer for Jesse Lingard!

MU: Cristiano Ronaldo is said to have injured himself during his celebration

Newcastle will draw an XXL offer for Jesse Lingard!

MU: Cristiano Ronaldo is said to have injured himself during his...