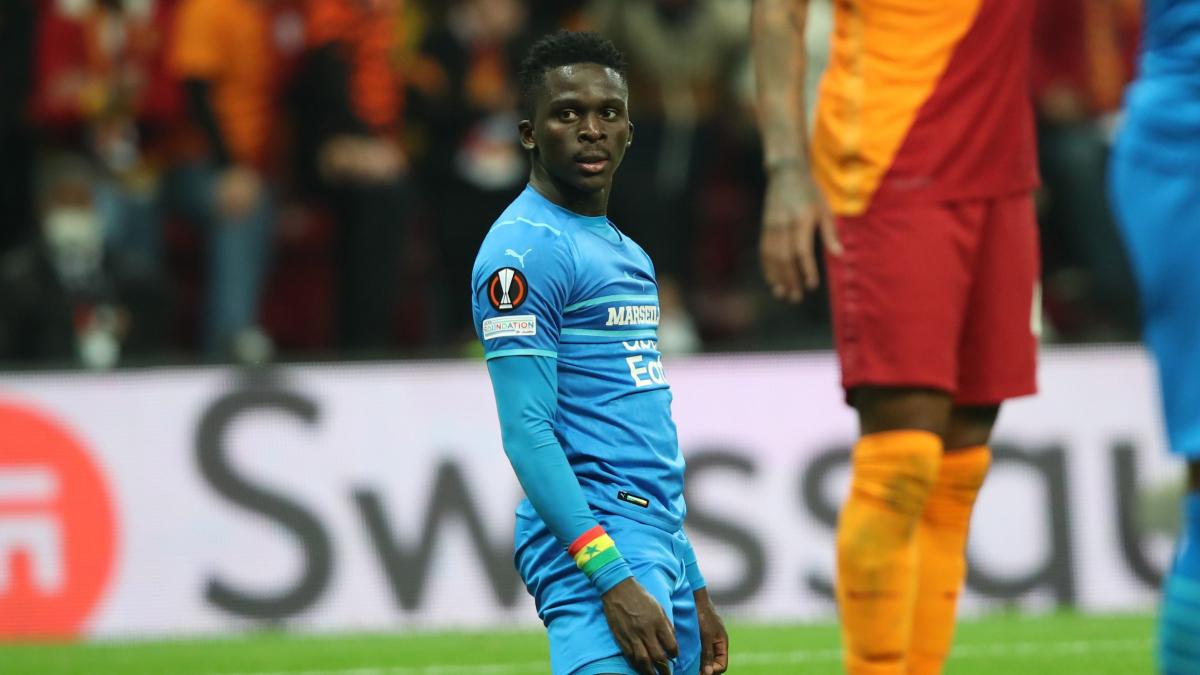 Guilty of too many errors, OM bowed to Galatasaray 4-2, synonymous with elimination from this Europa League. The Phocéens will try to be transferred to the Europa League Conference at the reception of Lokomotiv Moscow in two weeks.

With 4 draws in 4 Europa League meetings, OM did not have much choice and had to achieve a feat on the lawn of Galatasaray to believe hard as iron in qualifying for the next round. Deprived of Payet and Rongier, both suspended, Jorge Sampaoli aligned a 3-2-4-1 with the presences Kamara and Gueye in the middle or even Gerson and Guendouzi in support of Milik, partners on the sides of Lirola and Dieng. Four days after the incidents at Groupama Stadium, the Marseillais were preparing this time to face the incandescent atmosphere of the Nef Stadium.

White-hot, the public was however almost cold picked by this mistake of Antalyali, well caught by the exit of Muslera (5th). Olympian good intentions did not last. In the middle, between Gueye and Kamara, the balls were piling up. After a first warning and this beautiful recovery from Diagne on the bar (10th), Gueye lost a ball which benefited Feghouli, author of a magnificent roulette, to send Cicâldău to open the scoring (1-0, 12th). Hit but not sunk, OM were trying to react but the realism was lacking.

Too many mistakes that cost a lot

The sequence of Luan Peres ended on the post (19th), while Dieng missed his header (23rd). Conversely, the success was very present on the Turkish side since on this overflow of Cicâldău, Caleta-Car deceived Pau Lopez (2-0, 30th). The mission was getting very complicated with this late break. Dieng also made Muslera shine on this new header (38th) and especially on this huge shot deflected on the bar by the experienced Uruguayan goalkeeper (41st). And when the young Senegalese got the best of the opposing goalkeeper, he could not straighten his shot (47th).

In the end, Galatasaray could especially fear his own supporters, who sent various objects on the pitch at the risk of stopping the match. Muslera’s rant was enough to calm them down, especially as the Istanbul club held the match well in hand. On a new lost ball, Aktürkoğlu allowed Feghouli to score a new goal (3-0, 64th). The match seemed to be folded but in the process, Dieng obtained a generous penalty that Milik transformed into two stages (3-1, 67th).

The improvement could have been short-lived as a long clearance from Muslera, Diagne took the best, sending Feghouli towards the goal. Pau Lopez missed his exit, just like Diagne with his shot in the empty goal (70th). This meeting was spectacular until the end. On his first ball, 19 seconds after entering the field, Babel escaped Saliba and adjusted Lopez (4-1, 83rd), only in the following minute, De La Fuente deposited a decisive cross on the head of Milik (4- 2, 84e). The purpose remains the same, because with the victory of Lazio (3-0 at Lokomotiv Moscow), the Italians are sure to finish 2nd behind Galatasaray, while OM are 3rd and can consider a reversal in the Europa Conference Conference.

The classification of the Europa League groups.