Europa League: the atmosphere has turned off OM 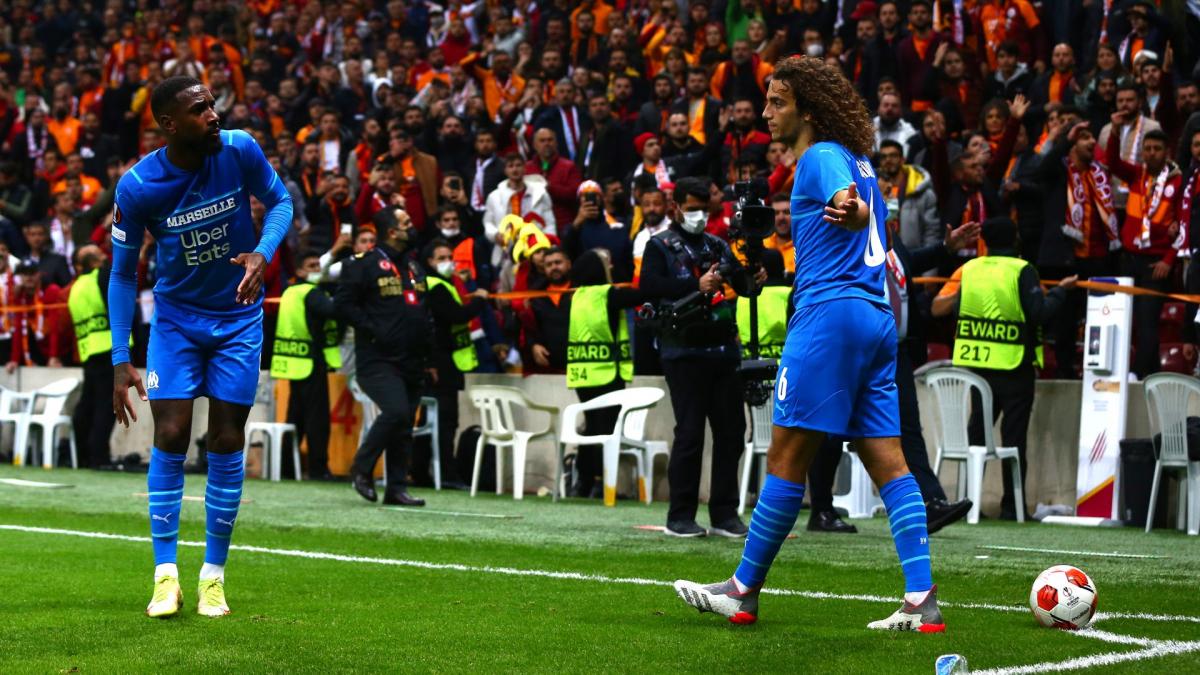 Olympique de Marseille lived an evening in hell, on the European side of Turkey. Indeed, the Phocéens suffered completely on the ground, while the stands, they deafened everyone.

To understand what Galatasaray represents for its fans, you have to go for a walk on the side of the Nef Stadyum, the den of the Turkish club, one evening of European competition. This Thursday evening, in a fifth day of the Europa League, highly important for the Marseillais and the Turks, Jorge Sampaoli, who was eager to experience it, should not have been disappointed.

Already an hour before kick-off, the esplanade surrounding the Istanbul enclosure was full of people, the metro? Crowded. Upon entering, we quickly understood that it would not be a walk in the park for the eleven Marseille chosen by El Pelado to go for a victory and therefore have their destiny between their feet against Lokomotiv, at the Orange Vélodrome, on December 9th. .

Each time Mattéo Guendouzi, the only one at the level, or almost, this Thursday, touched the leather, a deafening bronca touched our ears, and he touched some of them, balloons. Why him ? Because during the meeting go, he had hooked up with Patrick van Aanholt. From the 12th minute, and the opening of the score of Alexandru Cicâldău, the Nef Stayum caught fire even more and it is not our Turkish colleague, just in front of us, who made us obscene gestures, who will say the opposite.

Muslera mad with rage after the Gala supporters who throw stuff pic.twitter.com/cDyUTuSCBX

It was burning, so much so that Fernando Muslera, the Argentinian goalkeeper for Galatasaray, was going to cheer up his own supporters who kept throwing small bottles of water and all kinds of things towards the Marseillais. Like an air of déjà vu. Sampaoli, moreover, admitted that the atmosphere had played a lot: ” Obviously the pressure was very strong, we knew we were going to have this kind of atmosphere. We are OM, we had to face this atmosphere. The group is young and we made a few mistakes. Everything was in Galatasaray’s direction, emotionally too, as we quickly found ourselves behind two goals to zero “. It is in this completely crazy atmosphere that the Phocéens said goodbye to a follow-up in the Europa League, drastically losing four goals to two.

Serie A: AC Milan ensures against Salernitana and takes the lead

Serie A: AC Milan ensures against Salernitana and takes the lead