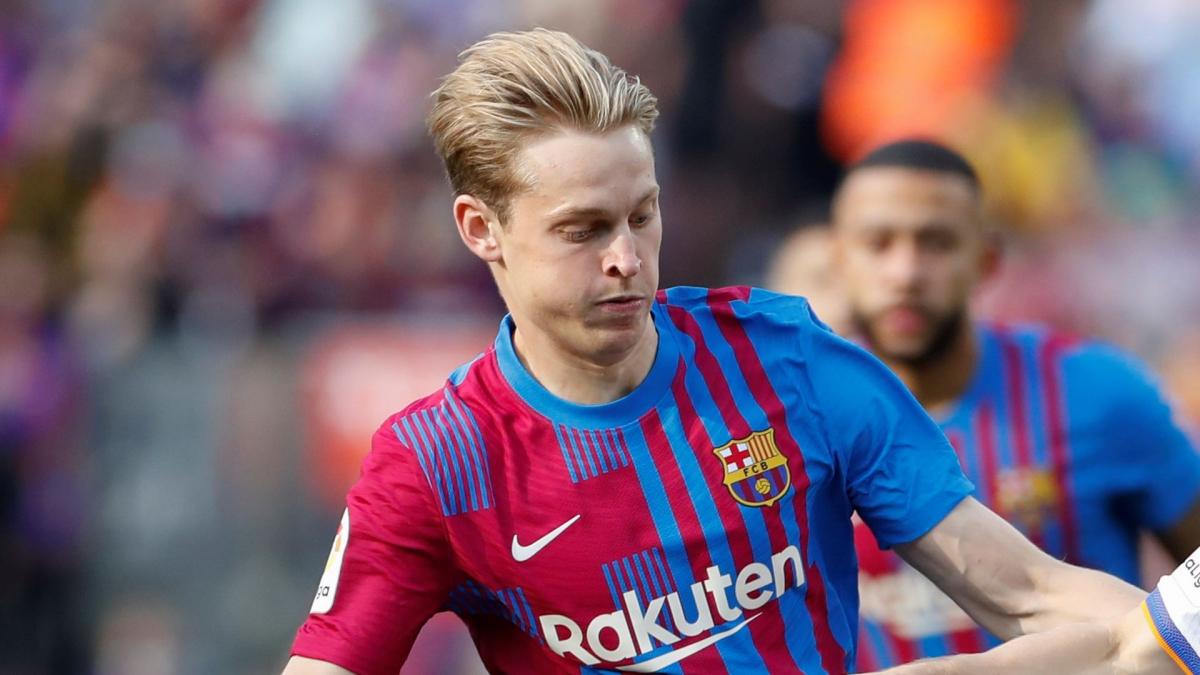 The day after Clàsico lost to Real Madrid (1-2), the Batave is one of the most criticized Blaugranas. Considered one of the best elements of the Catalan club, the midfielder is going through a real crisis.

This Monday morning, the day after the Clasico lost by FC Barcelona (1-2), it is not only Memphis Depay who took it for his grade. The entire Dutch contingent is singled out, including Frenkie de Jong. Recruited in 2019 in exchange for € 86m (€ 75m + € 11m bonus), the 24-year-old midfielder was disappointed. If the Madrid newspapers like AS, underlined the “general cut” of the Dutchman to sum up his performance against the Merengues, the Catalan media did not spare him either.

Sport thus stuck him the worst note of the culé team (4/10) with the following comment: ” disappointing. He needs a Barça version of Jong but that doesn’t happen. He should be one of the leaders of this team, but he’s not. He shines only when the match scenario is favorable to his game. “ Ditto in the columns of Mundo Deportivo. “Tasteless. Without initiative in attack, his cutting edge in defense and an alarming growing uncertainty in his passes. Koeman ended up replacing him ”.

Dressed for the fall, while waiting for winter, Frenkie de Jong is today criticized for not assuming his status as technical leader, a rank acquired especially since the massive departures of the stars of the club. On social networks, Casa Blanca fans also took pleasure in congratulating veteran Luka Modric (36) for teaching his Dutch younger brother a lesson. But de Jong is also talking about because he still has not, despite several good copies made since 2019, signed a real reference match for Barça. However, can we really blame everything on the Batavian?

Torn from the hands of PSG by Josep Maria Bartomeu when the Rouge-et-Bleu were about to close the deal with Ajax, the midfielder arrived in Barça far from being in top form. Even before joining his new team, the number 21 admitted that he had not mentioned its use with the coach culé of the time, Ernesto Valverde. “I was told I was signing for one of the three positions in midfield. We’ll see what happens. It is not for me to say in which position I should play ”. Well de Jong was quickly fixed!

Under Valverde, the deal did not last long. While he used to be the launching pad for Ajax’s game, de Jong had to move up a notch this time, leaving Sergio Busquets installed in his preferred position. This did not prevent him from being one of the irremovable holders of a Valverde who did not carry his heart. Indeed, on December 19, 2019, the day after a sad Clasico (0-0), the Dutch newspaper By Telegraaf claimed that the Blaugrana coach had not been in favor of signing the international Oranje. Valverde turned to the truce, de Jong, who had “liked” a few posts welcoming the departure of his coach, has not finished with his positioning problems.

In February 2020, his former Ajax coach Erik ten Hag publicly stated that he did not understand why Quique Setién was upgrading his former protégé to a number 10 position. “He’s not an offensive player. He is a player who ensures the offensive return, the supply. It allows scorers and assists to be in position. This is the reason why we have adjusted our system. We played Ajax with a six and went to two defensive midfielders. Frenkie cannot be placed in a box. He’s a modern midfielder. He can defend and attack in a fantastic way. You have to create a post in which he can do that too. “

But in Barcelona, ​​we expect the Batavian to be also able to bring offensively, or even better, to be at the conclusion. A month after Ten Hag, Louis van Gaal admitted that his compatriot was not playing at his best place, but that it was necessary to stop comparing the de Jong version Ajax to that of Barça. “He’s not playing in his preferred position. At Ajax, everyone was looking for him, he was at the heart of the game, which is not the case at Barcelona. This is the big difference. He’s not Ajax’s Frenkie de Jong. We compare it with him, but we shouldn’t. “ Asking such a talent to reinvent itself for the good of a club like Barça, the demand is not unprecedented, nor exceptional. Except that the middle end has not ceased to be lugged around. This time, it is with Ronald Koeman that the native of Arkel continued his tour of posts at Barça.

Positioned right midfielder or sometimes in central defense, is de Jong becoming a victim of his versatility? Asked last April about these recurring changes, the person had indicated to favor the collective rather than his personal case. “I prefer to play in the middle, but if it is better for the team that I play central defender or in another position, I will do it”. An exemplary mentality and a desire not to make waves which also benefited the Blaugranas, especially when it was necessary to lower salaries (de Jong was not part of the rebels, editor’s note). But the result is, for the moment, a disaster (2 assists in 11 appearances in all competitions). Ready to sacrifice himself for the collective and unable for the moment to get his head out of the water, Frenkie de Jong is going through a real crisis within a club in full reconstruction. And as if that were not enough, the Catalan press informed us yesterday that the number 21 had played the Clasico injured. Released a quarter of an hour from the end due to hamstring pain, the Batavian would have made his injury worse. When nothing goes right…