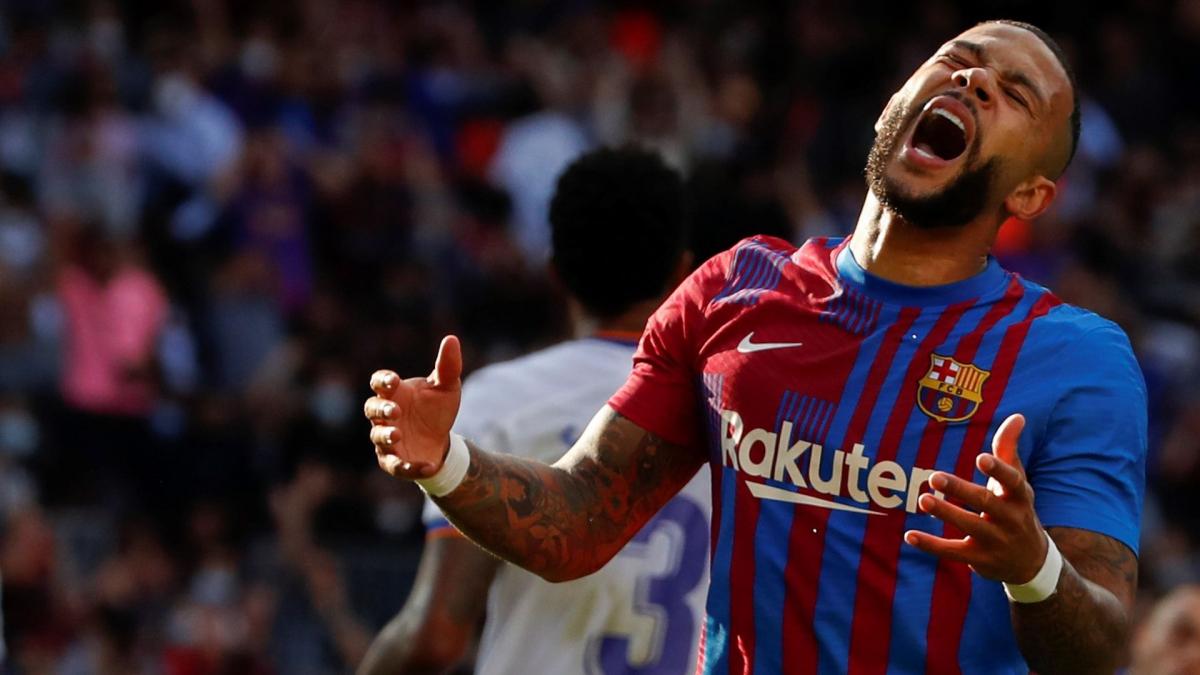 Publicized by the Catalan press at the start of the season, the former OL player is now going through complicated times.

The aftermath of defeat is always tough in Barcelona. And what to say when Real Madrid inflicted the defeat on Barça … A new Clasico lost for the Blaugranas, which ultimately did not surprise many people. In a way, it is as if the supporters and the local media have already been preparing for it for a long time. More than anger or indignation, it is a feeling of resignation that seems to reign over the city on the Mediterranean coast.

This does not prevent the media from charging against those they believe to be responsible for the defeat. Ronald Koeman is, unsurprisingly, the most singled out man after this poor result. But he is not the only one. Memphis Depay is thus pointed out as one of the reasons behind Barça’s poor performance in attack. Very discreet and credited with a 4/10 in our notes of the meeting, the former OL did not succeed in the game and apart from a few combinations with Fati in the last meters, he did not succeed. to make no difference.

The media don’t miss it

Praised at the start of the season, he therefore sees the tide turning, especially since it is clearly not his first performance more than mediocre in recent weeks … “Irregular match of the Dutchman. He’s one of those players who play their own game, and this time it went wrong. He did not benefit from a duel which seemed a priori not very balanced against Lucas Vazquez, and he did not have the presence that Barça needed in a great match ”, thus explains Sport about who was presented as Barca’s new attacking leader not that long ago.

“A loss of the ball from Depay was the origin of the 1-0, although the worst part about this action was his defensive passivity in not following Alaba, who then scored. He made no difference “, summarizes for its part Mundo Deportivo. On the networks, the Dutch striker is also one of the players reported by the supporters, alongside Frenkie de Jong or Eric Garcia. Suffice to say that it would be better for him that he did not miss out against Rayo Vallecano on Wednesday evening …