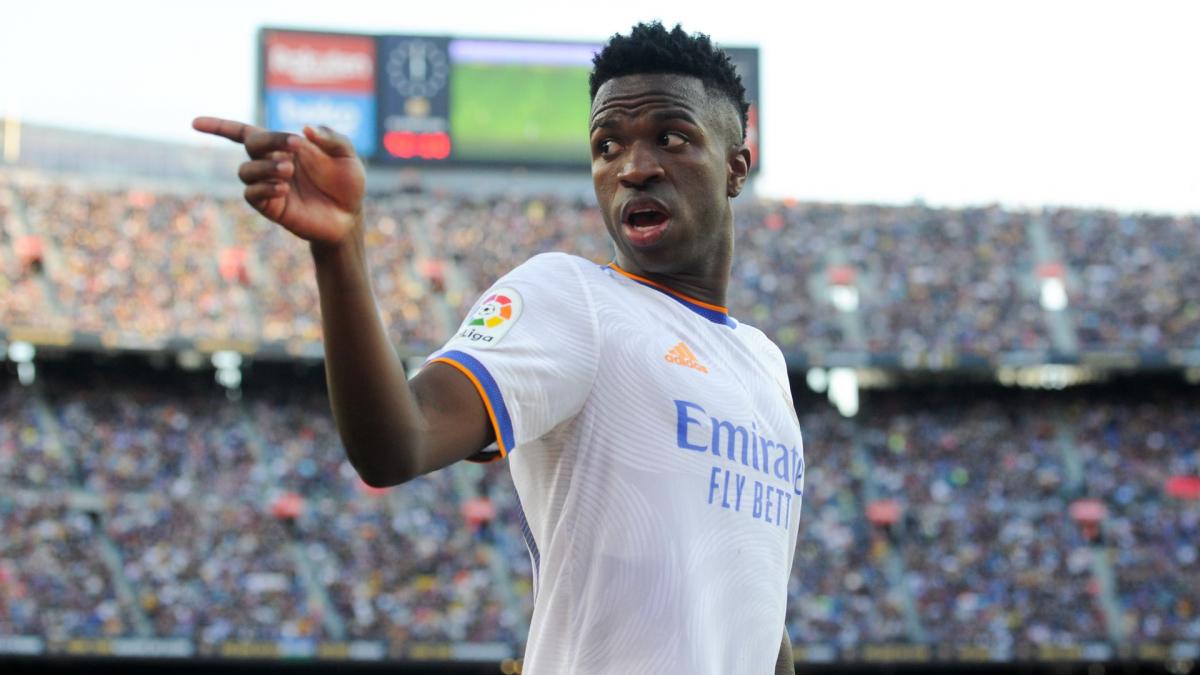 The duel between the two La Liga nuggets was won by the Real Madrid player on Sunday afternoon on the Camp Nou lawn.

“Zidane was a burden for Vini”. In the aftermath of Real Madrid’s victory on Barcelona land, shock phrases and punchlines follow one another on the other side of the Pyrenees. And one Monday again, Vinicius Junior receives praise from a good part of the Iberian media. During the Clasico on Sunday afternoon, the Brazilian still impressed. Especially in the first period, where he did damage to his left side, being at the origin of all the hot situations of his team.

And in Spain, he was eagerly awaited. For good reason, for several weeks already, the media had focused this duel between the enemy brothers of Spanish football around the duel between the Brazilian and Ansu Fati, the two most promising strikers on each side. Two players that Spanish journalists can imagine will be fighting for the Ballon d’Or in the near future. It is clear that Sunday evening, it is the Merengue which won. A little borrowed in the first period, the Spaniard woke up a bit after returning from the locker room, but was unable to make a difference with the ball.

No doubts for the media

Vinicius has shown to be in great physical shape, which is not the case with Ansu Fati, we heard from the side of the Cadena SER, where the sentence quoted at the beginning of the article was also spoken by a consultant. Vinicius drove them mad. He is, without a doubt, the winner of his duel with Ansu Fati, the other big nugget who arouses the same enthusiasm among his fans but who could not hurt the white wall. Vini did everything well, he only missed the goal, can we read in Marca.

“Vinicius, the new king of the Clasico: he triumphs in the house of Ansu Fati”, abstract El Español. And the comments are generally quite measured, insofar as Ansu Fati remains generally quite appreciated by the fans of Real Madrid, by his nationality and his presence in the national team necessarily, but also because of his personality and his way of behaving. . In the race for prestige and glory, if there were to be one, Vinicius Junior took the lead …

Champions League: PSG will take heavy in the eighth!

Case of the sextape: the reaction of Karim Benzema after his...