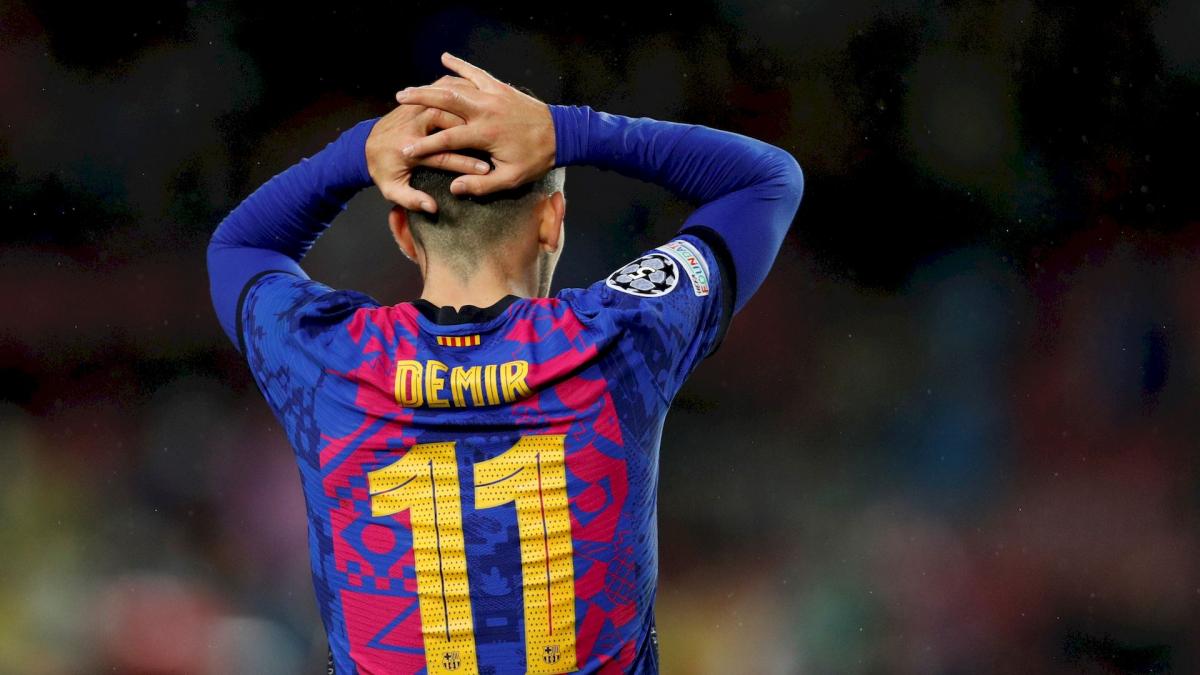 The emotional lift must have been violent for Yusuf Demir. Just over a month after celebrating his 18th birthday, the young Austrian striker from Rapid Vienna (6 goals scored in 25 league matches in 2020/2021) arrived at FC Barcelona in the form of a loan from ‘a year. The Culés had agreed to pay € 500,000 to their Austrian counterparts and a purchase option of € 10 million was inserted. An option that changed everything.

A month after arriving in Spain, Demir was competing for the Gamper Trophy against Juventus. The Catalans won 3-0 and the Austrian clearly burst the screen. Messi gone, some fans of Barça then began to dream of an XXL blow achieved by their club of hearts. What if Demir was the unexpected replacement for the Pulga? Very quickly the local media then let it be known at the end of August that the player had convinced his management to exercise his purchase option. And then, nothing more.

Seen under the Barcelona tunic on December 8 for the last time against Bayern Munich, Yusuf Demir has disappeared from radar screens. Blame it on Barça’s finances. Indeed, the option to buy 10 M € became automatic if the player played at least 10 matches. Used nine times by Ronald Koeman and Xavi, Demir was therefore shelved. Because Barça has other ideas in mind for its transfer window. In addition to Ferran Torres, the Culés want a striker. The result: the Austrian’s Blaugrana dream has evaporated.

Allowed to no longer train with Frenkie De Jong’s partners, Demir has, according to the radio Cadena COPE, was sent back to the youth team, his number (11) was withdrawn and the player’s profile no longer appears at all on the official La Liga and Barça websites. His loan should therefore soon be broken. But with three clubs (Bayer Leverkusen, Eintracht Frankfurt and Borussia Dortmund) already appearing in the running, the player is said to be willing to return to Vienna to end the season there with his club. Hoping, perhaps, to find a big European one day.

MU: Paul Pogba is back in training