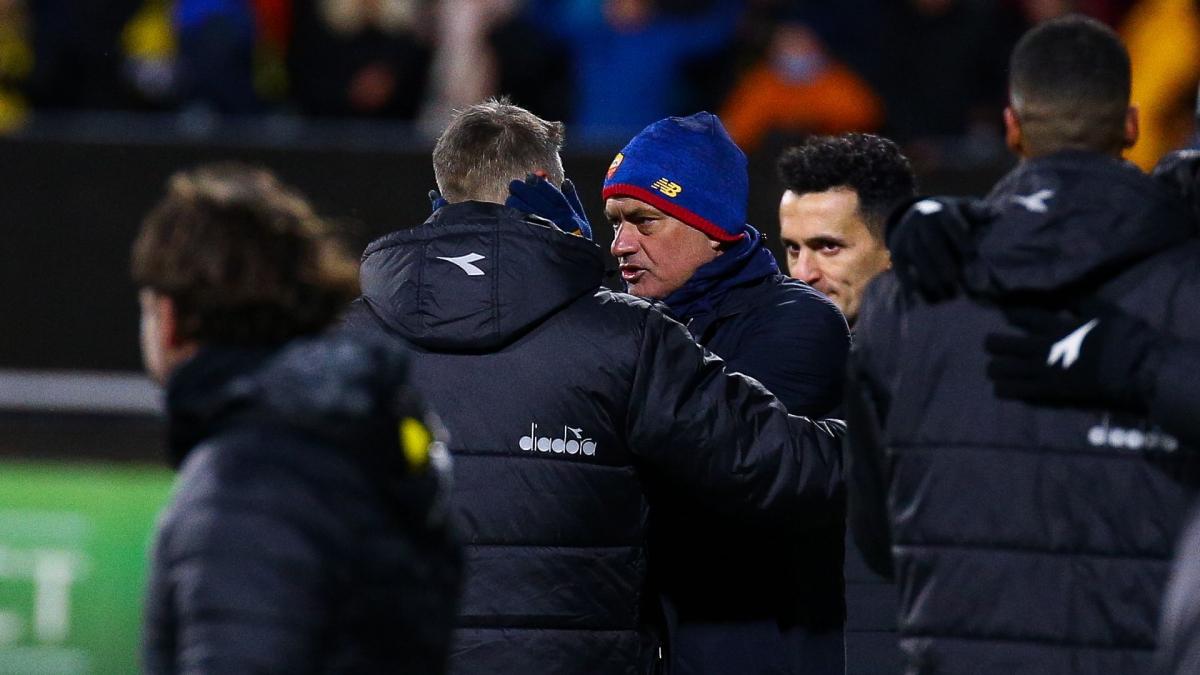 Yesterday evening, in the Europa League Conference, AS Roma was humiliated on the ground of the modest Norwegian formation of Bodo / Glimt (6-1). And here is the long-awaited reaction of a Special One who had never conceded six goals in a game.

This is the result of the European evening yesterday, Europa League and Europa League Conference combined. After winning their first two matches, AS Roma headed to Bodo / Glimt, the current leaders of the Norwegian league. The goal of the Giallorossi was quite simply to sign the pass of three, with a largely reshaped team. A choice of men that cost José Mourinho dearly. For the first time in his career, that is to say in 1,008 games, the Special One saw his team concede six goals in a single match.

A historic “performance” which obviously appealed to all observers, and especially the media who expected only one thing yesterday: the reaction of the Portuguese at a press conference. And obviously, his second knives are not about to replay right away. “Bodo / Glimt is the third hat team in our group. I overestimated the quality of mine because I thought they could play a different game. Their center forward seemed to be riding a motorcycle and ours a bicycle. (…) I spoke to the players and I was honest with them. I have never hidden that we are a team with a lot of limits, there are the 12-13 players (which he uses regularly) and the others. “

A spade to his attacker which strongly recalls the episode of the cat with Karim Benzema at Real Madrid. However, Mourinho did not shirk his responsibilities. “The responsibility is mine, I decided to play with this team. I had good intentions, I wanted to give people who work a lot the opportunity to play, I made the team run with all these games because I let the people who always play rest. The ground was difficult and I rested a lot of players, but we lost against a team that had more quality than us. They have more qualities than us ”, he said, before concluding.

“If I could still play with the same ones, I would. It’s a big risk, there is a big difference in quality between a group of players and another group, I decided that at this stage it was right to make these changes. I know some of us have limitations, this is nothing new, but I was expecting another answer. The responsibility is mine. “ Suffice to say that the players who played yesterday should not see the lawn of the Olimpico for Sunday’s shock against Napoli.

1 – A José Mourinho side has conceded 6+ goals in a single game for the first time ever, in what is the 1008th match of his managerial career. Shock. #UECL #BodoGlimtRoma