JT Foot Transfer market: Barça is on the verge of implosion 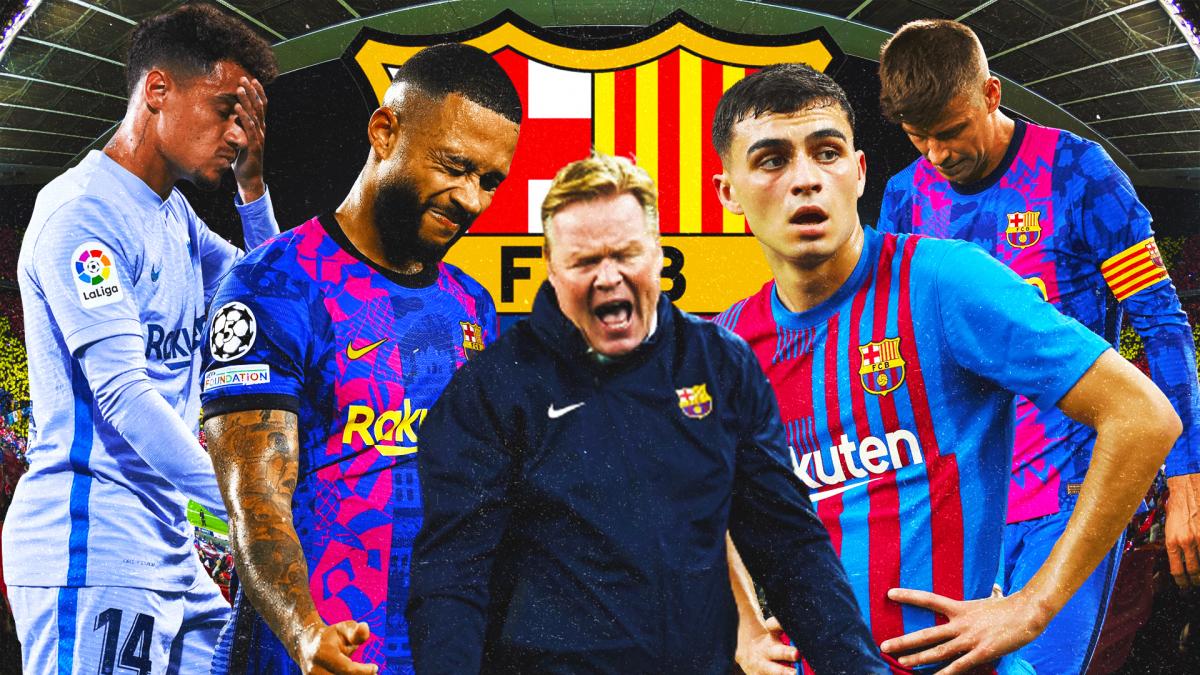 On the program of this JT Foot Transfer market: FC Barcelona still can not get out of the crisis. The bad performances are linked and the relationship with the supporters crumbles, especially when it comes to Ronald Koeman.

Returns but no changes

Despite the feedback fromAnsu fati and of Sergio Aguero, FC Barcelona continues to chain poor performances. Clàsico at Camp Nou on Sunday afternoon was a good opportunity to forget about this poor start to the season, but the Blaugranas lost 2-1 to rivals Madrid. This is the 4th loss in a row against Real for the Catalans, the worst total since 1965. Barcelona are only 9th in La Liga after 9 days. In the Champions League, the Blaugranas cling to 3rd place in their group, with two big 3-0 defeats against Bayern and Benfica.

Ronald Koeman satisfied with the clasico

Often criticized for his choices by supporters, frequently announced as close to dismissal by the media, the future of Ronald Koeman in Catalonia has never been so unclear after this clasico. However, the manager was rather positive in the post-match press conference. He seemed to be happy with the result: “ The audience was phenomenal until the last second, we tried, but we didn’t get the result we wanted. In the first half, we were good. We had a lot of possession of the ball. We have proven that we are not inferior to Real Madrid “.

The grumbling of the supporters

FC Barcelona supporters are exhausted, especially after these statements, and seek to be heard. A few dozen of them took coach Ronald Koeman to task after the match. The Dutch coach’s car was surrounded and jostled. If the scene lasted only a few seconds, the images were shocking. “ FC Barcelona publicly condemns the violent and insulting gestures that targeted our coach on leaving Camp Nou “, Reacted quickly the club. The leaders assured that they would take ” security and disciplinary measures so that this type of regrettable event does not occur again “. The atmosphere is austere in Barcelona. They must imperatively win against Rayo Vallecano next Wednesday.

England get carried away for promising debut for Ralf Rangnick, Barca’s...