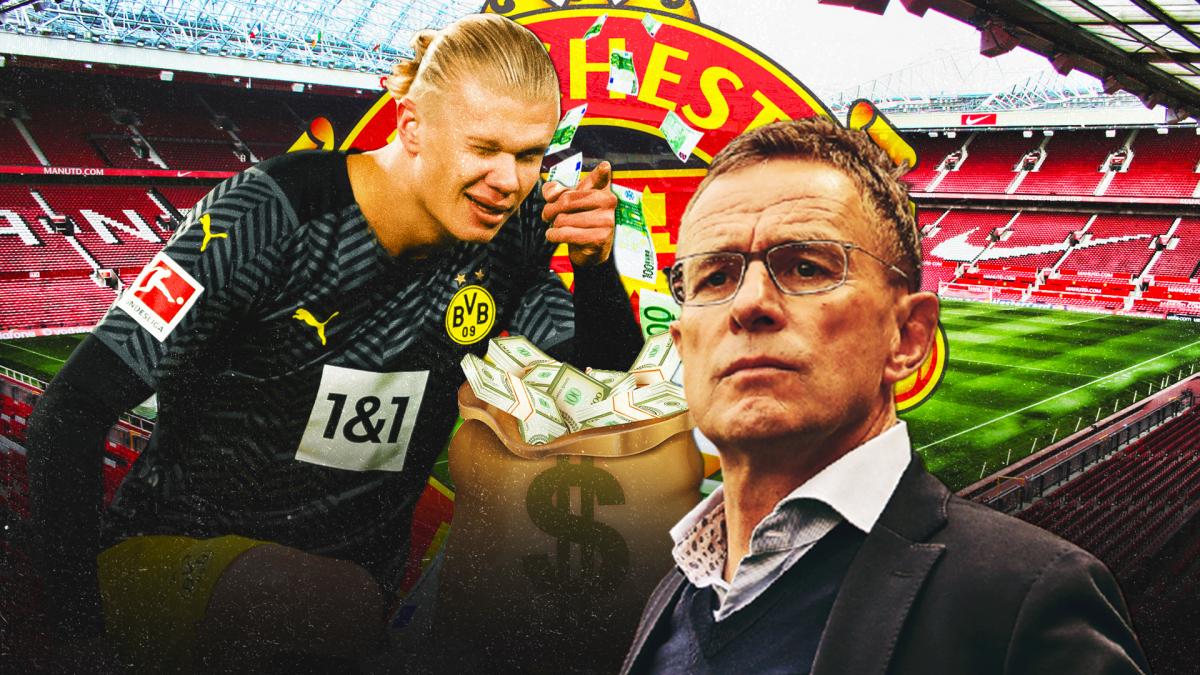 On the program of this JT Foot Transfer market: the crazy offer that Manchester United is preparing for Erling Haaland, the decision of Ousmane Dembélé and the beating of Samuel Umtiti against a supporter of FC Barcelona.

At Manchester United, we have big ambitions with the new coach Ralf Rangnick. And the arrival of the German could reshuffle the cards in the Haaland case. The German press even argued in recent days that the new interim coach of the Red Devils would receive a nice check of € 10m if he managed to lure the Norwegian international to Old Trafford. But it will already be necessary to convince his club to let go and for that Manchester is ready for all the follies. It is more than 118M € that the Mancuniens would be ready to put to bring the cyborg in the Premier League. To be continued …

It smells bad for an extension of Ousmane Dembélé at FC Barcelona. While his contract expires in 2022, no solution has yet been found and the former Rennais will soon be free to negotiate where he wishes. According to the media Sport, the player’s decision is made: he will not extend. Even though Xavi has publicly expressed his admiration for the player, the main interested party would like to turn the page. According to our information, there will still be a last meeting this week. That of the last chance. It’s up to Dembélé to make the right choice!

Samuel Umtiti is very tense. While his situation does not improve at FC Barcelona, ​​the French defender did not like that Blaugrana supporters get on his car at a red light. The former Lyonnais did not appreciate and made it clear to the fan in question. Because for Big Sam, the “respect“, it is important !