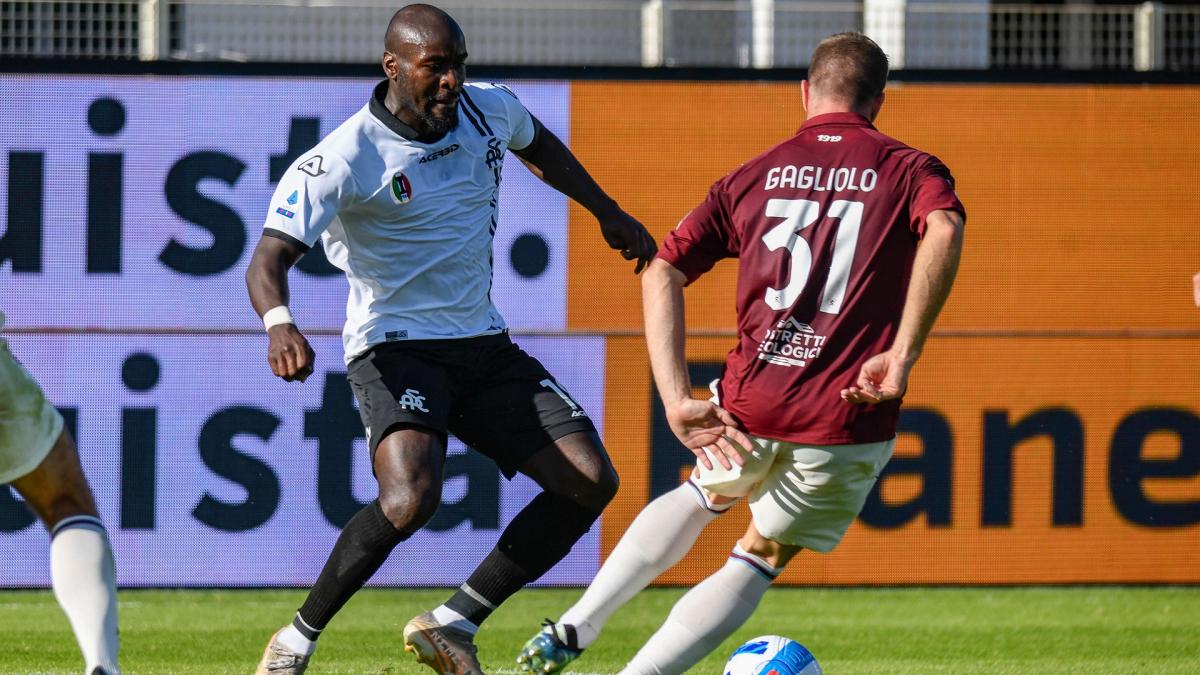 In the match of the poorly classified – with two teams with 1 victory, 2 draws and 5 defeats – between Spezia and the promoted from Salernitana, disputed at the opening of the eighth day of Serie A this Saturday, it is the Aquilotti who leave with smile. With 23 years and 201 days on average at kickoff, the eleven set up by Thiago Motta was however the youngest of this start of the 2021/22 year of the Italian championship. More fiery in a gloomy start, the locals quickly tried to animate the debates. Often through Eddie Salcedo. The latter first struck twice, before being close to making the difference on his third opportunity. M’Bala Nzola countered on the right side of the opponent’s area, involuntarily left the ball to Salva Ferrer, who arrived thrown behind his back to adjust in the wake of a good cross in front of the goal, which Salcedo sent with a header on the bar (27th). The wind then turned, thanks to the beating of the wings.

Wajdi Kechrida first came down the right lane to serve back in the area Simy, who saw Ivan Provedel win at close range (38th). Then it was Luca Ranieri who showed up on the other side to deliver a stung ball into the box, which Joel Obi cleverly deflected for Simy, who did not hesitate to open his goal counter with his new team. (1-0, 39th). Two shots on target, a goal for the promoted, when the formation of Motta had still not found the frame at the break. The answer was quick to come. After a perfectly orchestrated counter, Viktor Kovalenko slipped a ball back to David Strelec, who equalized by instantly rolling from the left to the opposite side (1-1, 51st). Rejuvenated, the Spezia players pushed. And Vid Belec had to make a double save against Nzola and Salcedo (59th). It was finally Kovalenko who, with a cannon shot from the left, found the right window of the opposing goal (2-1, 76 ‘). Curtain.