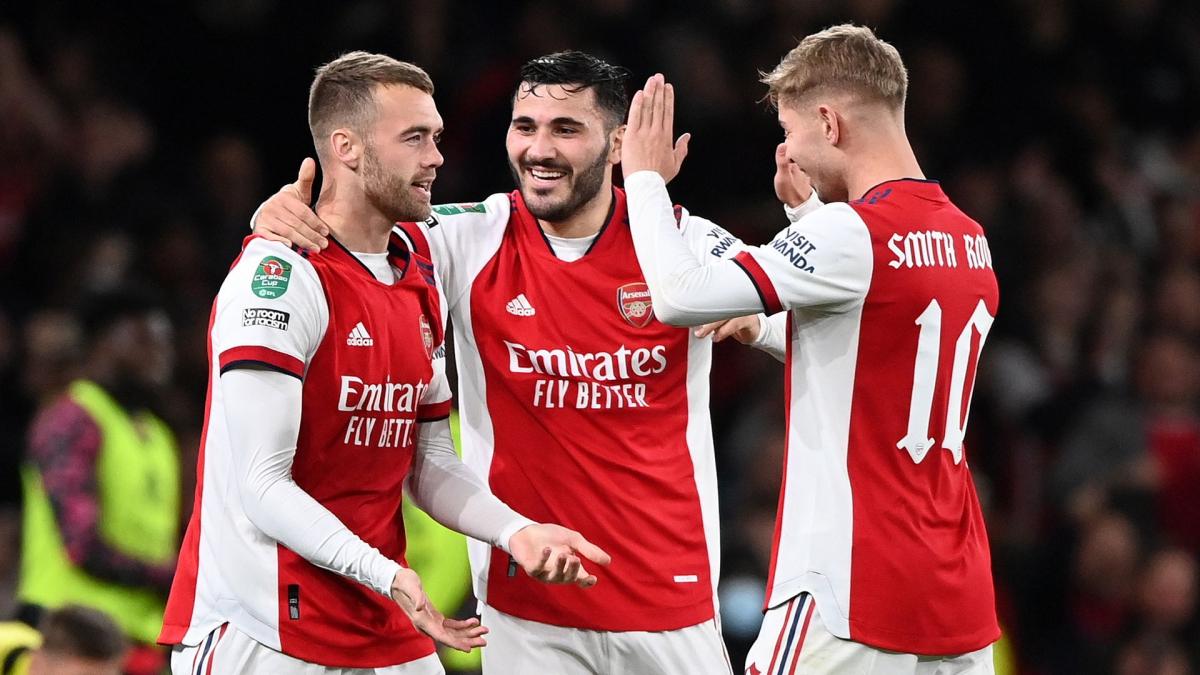 Winner of Leeds 2-0, Arsenal went to the next round and extended their good streak of the moment. At the same time, Chelsea needed the shots on goal to defeat Southampton (1-1, 4-3).

In England, the European Cups gave way in midweek to the 4th round of the League Cup with three matches including two tempting posters. Chelsea, for example, received Southampton. Admittedly, the team aligned by Thomas Tuchel was very reshaped but still looked great with the presence of Hudson-Odoi, Kovacic, Ziyech or Havertz at the forefront. He was the only scorer in the last Champions League final who stood out during this first period. After missing the frame (16th), then finding Forster’s gloves (26th), the German rewarded his team’s overall performance by opening the scoring upon receiving a corner from Ziyech (1-0, 44th ). The Blues had done the hard part before the break but left their concentration in the locker room.

Holder tonight, Malang Sarr cleared a hazardous ball from which Walker-Peters took advantage to strike between the legs of a Kepa once again not decisive. Adams only had to push the leather to the back of the net (1-1, 47th). The Saints took advantage of this surprising weak opponent’s time to increase the number of hot situations, but neither Armstrong (53rd, 63rd), nor the incoming Long took advantage (72nd, 79th). The fresh blood of Smallbone also allowed Southampton to believe in this end of the game, still displaying this lack of realism (78th, 87th). Chelsea substitutes also made differences like Mount and Chilwell but it was Saul Niguez who stood out with two big shots (74th, 75th). The score did not move and it was necessary to have recourse to the penalty shootout to see Chelsea win at the end of the night (1-1, 4-3 at the tabs).

A few kilometers from Stamford Bridge, Arsenal hosted Marcelo Bielsa’s Leeds at Emirates Stadium. The Peacocks’ difficult start to the season did not inspire confidence, especially as the Argentinian, just like Arteta was running his squad, still fielding a Kalvin Philipps lacking in competition. With his metronome in the midfield, Leeds had an interesting first period since Daniel James (19th) then Llorente (26th) missed very little to unblock the situation. Heckled if not dominated, the Gunners were round back, gradually picking up the hair of the beast in this match. For occasions, however, it was necessary to come back later. In the second half to be more precise.

As at the start of the match, they printed a very strong rhythm, while lacking inventiveness in the danger zone. The solution came from the bench and even from a defender. On his first ball, Chambers, the replacement for Ben White left on injury, took advantage of a discount from Pepe on this corner to catapult his head that Meslier had time to push back, but once the ball was behind the goal line (1 -0, 55e). There was now only one team on the pitch. Arsenal had completely gained the advantage against the 17th in the Premier League and it was Nketiah who doubled the bet thanks to a huge error by Cooper (2-0, 69th). Leeds then died out permanently and let the London club go to the next round and enjoy their 7th game in a row unbeaten. Finally in the last game of the evening, Sunderland went to seek his qualification on the lawn of QPR on penalties (0-0, 3-1 tab).

Real Madrid: the case of Gareth Bale is more and more talk!