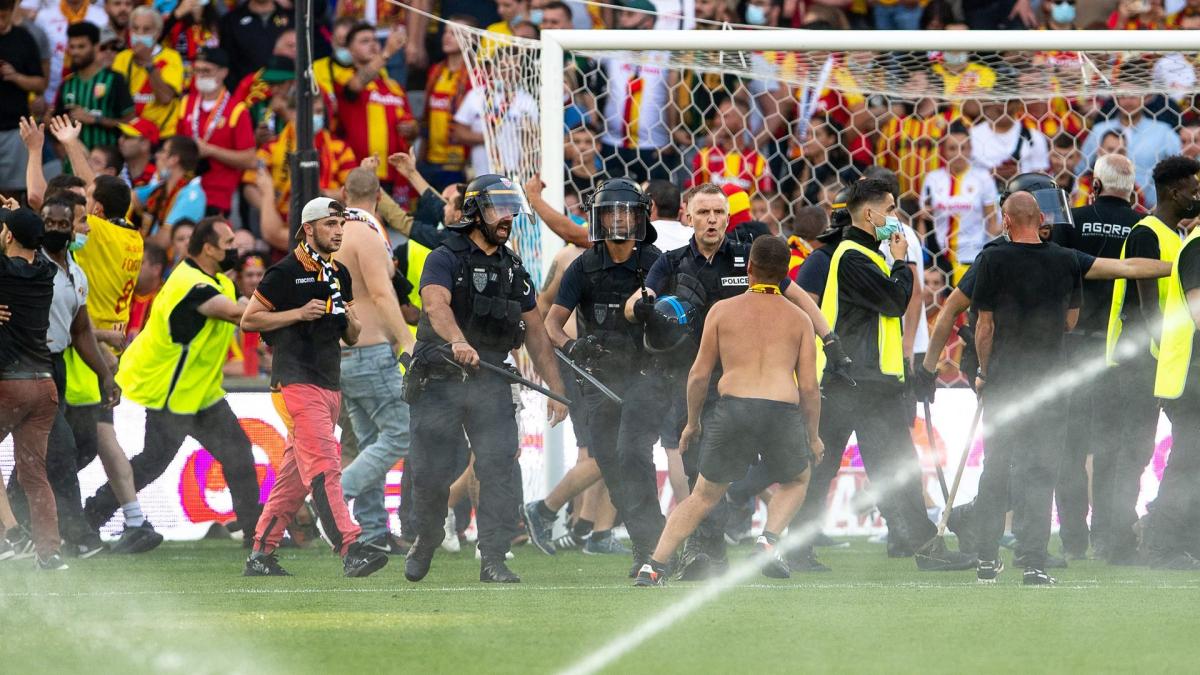 A new sanction fell. A 27-year-old Lille supporter, arrested after the incidents that occurred during the Lens-Lille match in mid-September, was sentenced on Monday to eight months in prison for having launched a siege from the stands and injured a CRS in the leg , as announced byAFP. The sentence was accompanied by a stadium ban for LOSC matches and all matches at the Bollaert-Delelis stadium in Lens for 18 months as well as compensation of 1,500 euros to be paid to the injured CRS, who had been evacuated and had received a 7-day work stoppage.

“I didn’t think I was hurting anyone, I couldn’t see in front of me. I made a stupid mistake ”, said the defendant. Several investigations were also opened after the incidents that occurred on Saturday during the derby between Lens and Lille in Ligue 1 (1-0), including one for incitement to hatred and exhibition of racist or xenophobic signs and another for sexual exhibition, announced this Wednesday the floor. Note that the disciplinary committee of the LFP had sanctioned RC Lens with a closed session as a precaution for at least two matches.

PSG will hit the jackpot thanks to Jonathan Ikoné

PSG will hit the jackpot thanks to Jonathan Ikoné