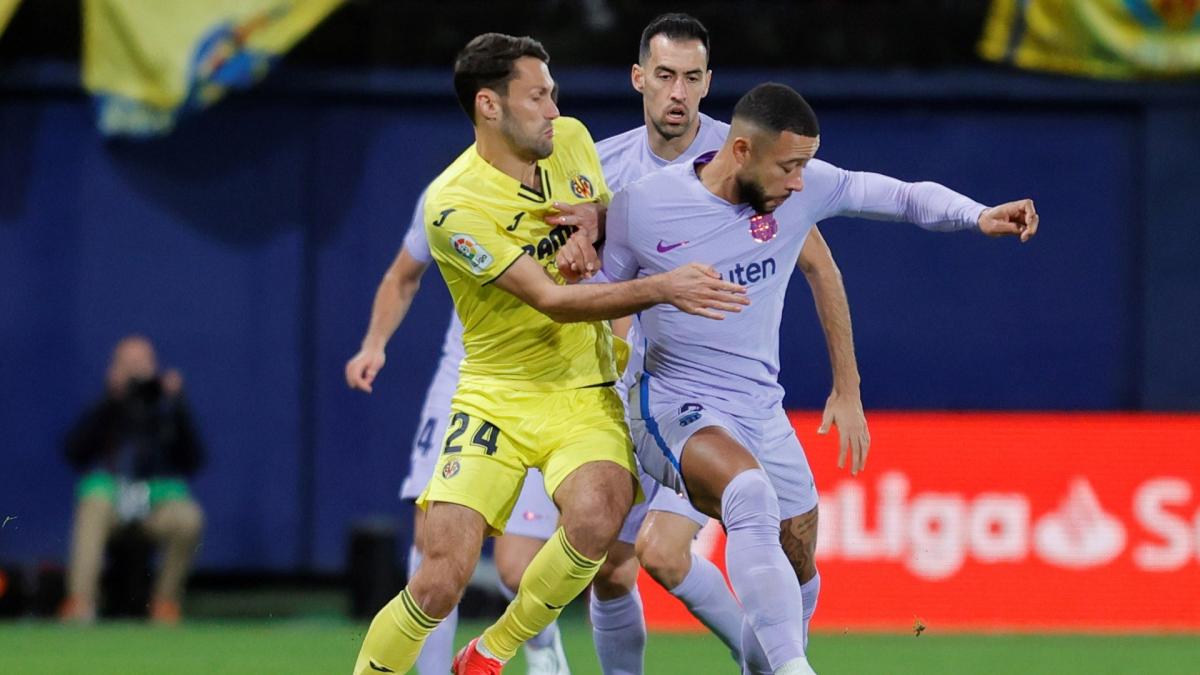 At the Estadio de la Cerámica, not everything was perfect for FC Barcelona this Saturday evening, but against Villarreal Xavi’s men signed a second victory in a row in La Liga (3-1) on the occasion of the fifteenth day. Thanks to the achievements of Frenkie De Jong, Memphis Depay and Philippe Coutinho, the Blaugranas continue their positive streak.

For the third of the Xavi era at the head of FC Barcelona, ​​the Blaugranas (7th, 20 pts) moved on the lawn of Villarreal (12th, 16 pts), this Saturday at 9 p.m. on behalf of the fifteenth day of Liga. At the Estadio de la Cerámica, the Catalan club, who remained on a draw against Benfica in the Champions League (0-0), wanted to continue after their victory in the derby against Espanyol (1-0) in the previous day. But the task promised to be difficult for Culés, unable to win away from the start of the season (3 draws, 2 defeats) and who therefore had to get rid of the yellow submarine. Beaten, in C1, by Manchester United of Cristiano Ronaldo (0-2), the Groguets came out, moreover, from a draw conceded on the lawn of Celta (1-1) but could integrate the first part of the table in case of victory. For this meeting, Xavi, again left Ousmane Dembélé on the bench at kick-off and opted for a 3-4-2-1 with Memphis Depay, alone in the lead and supported by Nico Gonzalez and Gavi. For his part, Unai Emery lined up a 4-4-2 and made only one change from the loss to the Red Devils. Pedraza replaced Estupinan.

A first animated act at the Estadio de la Cerámica!

No round of observation in this mid-table meeting which started at an impressive pace. On their first corner, the Blaugranas were also very close to opening the scoring. Struck by Depay, the young Hispano-Moroccan prodigy Ez Abde rose higher than everyone else to place a header, slammed by Rulli on his own crossbar (4th). Stung, the Groguets reacted immediately. Taking advantage of a big mistake by Garcia, Danjuma presented himself against Ter Stegen but his shot was countered, in extremis, by … the hand of Pique (6th). Not enough to flinch the referee of the meeting or the ardor of Barcelona. Found by De Jong, Depay eliminated Albiol but failed to frame his left strike (8th). No respite, however, for the yellow submarine beginning to sink beneath the Catalan waves. Once again hit in the heart of the area, Depay left for Gavi but the latter saw his attempt from the left die on the amount of the goalkeeper of Villarreal (9th). A very lively start to the meeting where Depay would further shine in the opposing defense.

Perfectly served by De Jong in the meantime, the former Lyon striker opened his foot too much and missed the local staff (19th). Asphyxiated by the Catalan pressure, Unai Emery’s men grew bolder over the minutes and ended up being dangerous on the goal of the Catalan goalkeeper. A first time on a nice strike from Trigueros (25th) before Pino from the head (27th) then Danjuma from the left (30th) also missed the target. After a very attractive start to the match, Xavi’s troops were finding it more and more difficult to contain the assaults of the Groguets and Capua’s teammates continued to accelerate. Thrown in the back of Pique, Danjuma presented himself against Ter Stegen but his powerful strike was captured in two stages by the German goalkeeper of the FCB (39th). Just before the break, Pedraza tried his hand in turn but his left volley also fled the frame of Rulli (43rd). After a lively first period (11 shots in total) where each of the two teams will have had their highlights, the referee sent the 22 players back to the locker room with a goalless draw (0-0).

As soon as the resumption, the Barcelona resumed the attack and were quickly going to be rewarded. On the right side, Ez Abde overflowed and crossed at the far post where Alba armed a volley from the left … In the six meters, Depay deflected the leather and De Jong took the opportunity to score in the empty goal. Reported offside at first, the Catalan midfielder could finally celebrate the opening scoring of his own after consulting the VAR (0-1, 50th). The Dutchman offered his first goal of the season in La Liga. Carried by this first goal, the Catalans accelerated again but neither the vicious strike of Alba (53rd), nor that of Depay (56th), well served by De Jong, did not deceive the vigilance of Rulli. In a meeting that was gradually losing intensity and where faults multiplied in the midfield, Dembélé, replacing at the kickoff, came into play (66th) but the Groguets pushed to equalize. And after an imprecise shot from Trigueros, Villarreal ended up finding the loophole in the Catalan defense.

On a touch lost by Garcia, the yellow submarine was thrown quickly forward and Danjuma extended in a touch for Chukwueze who deceived Ter Stegen with a strike with the right foot ending in the small opposite net (1-1, 76th ). Like the first period, Capua’s teammates, dominated at first, ended this meeting better and the danger was approaching on the goals of the Barcelona goalkeeper. Found on the left side, Danjuma struck before transplanting into the axis but his shot narrowly escaped the opposite amount of Ter Stegen (84th). But against the course of the game, Barça finally snatched the victory. Taking advantage of a completely missed intervention by Estupinan, Depay dribbled Rulli before realigning himself and scoring between the legs of Estupinan, returned, in vain, to his line (1-2, 88th). At the very end of the game, Coutinho, mown in the heart of the area by Foyth, did justice to himself and sealed the success of his team from the penalty spot (1-3, 90 + 4th). Thanks to this second victory in a row in the league (3-1), FC Barcelona remains seventh but temporarily returns to three units of Atlético de Madrid, fourth. Opposed to Betis on the next day, Xavi’s men will try to continue their momentum. For his part, Villarreal stagnates in twelfth place before moving on the lawn of Seville on December 4.

The classification of smugglers

The XI of FC Barcelona