Liga: Granada snatches the draw on the lawn of Osasuna 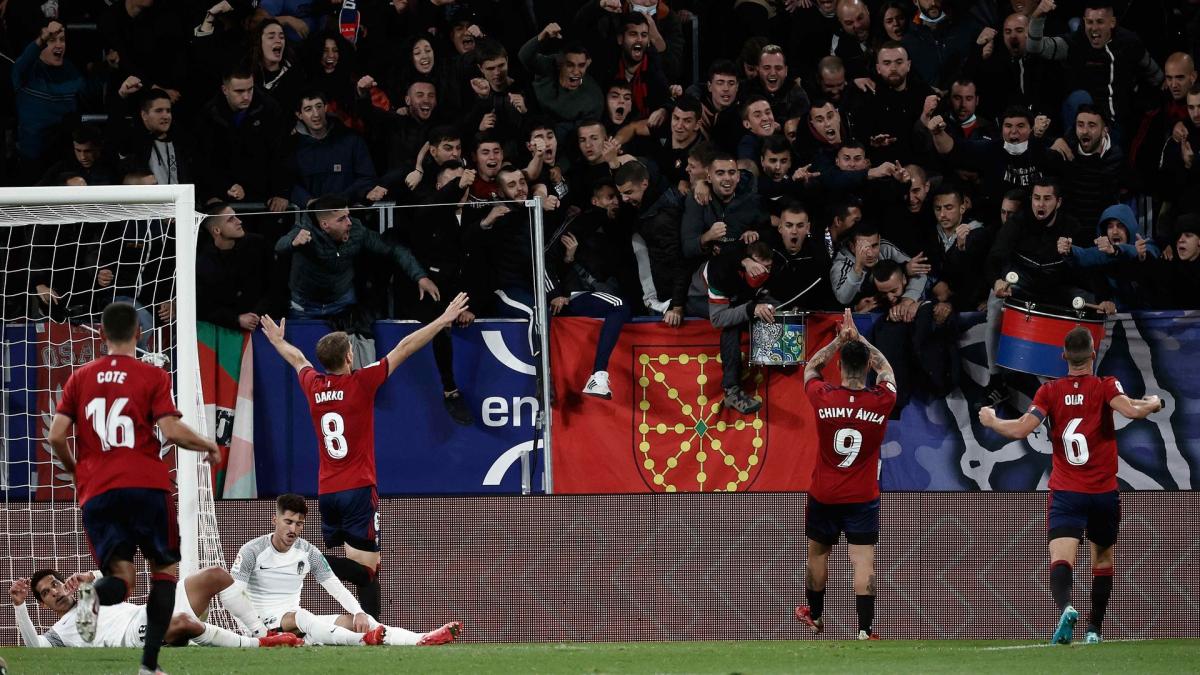 A stunning end to the match. This Friday, at the opening of the 10th day of La Liga, Granada pulled out to bring back a point from Pamplona, ​​on the lawn of Osasuna (1-1). The premises have long thought to hold the 3 points, Ezequiel Avila having given the advantage to his people just before the referee sends the 22 players to the locker room (45th). In the second act, things got complicated when José Angel Valdés saw red (74th).

Granada felt the flaw and pushed, to finally equalize in the last moments of the game thanks to Angel Montoro (90th). Osasuna, author of a good start to the season in Spain, misses a 4th consecutive victory in the league, but still temporarily takes the place of dolphin of Real Sociedad. Thanks to this point, Granada temporarily leaves the red zone and confirms its slight positive recovery after winning against Sevilla FC.