Liga: in difficulty, Levante and Getafe neutralize each other 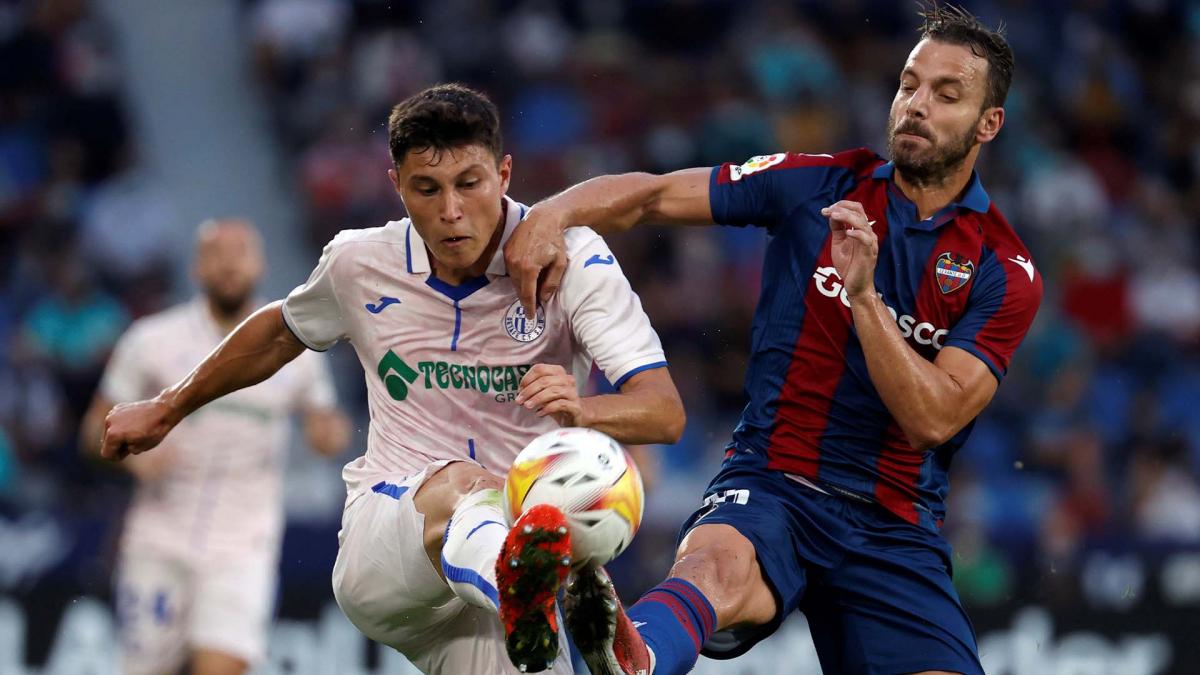 Beaten by the Blues in the final of the League of Nations (2-1), La Roja gave way to the return of La Liga after this convincing international break for Spanish football. At the Ciudad de Valencia, Levante (18th, 4 pts) welcomed Getafe (20th, 1 pt) for a meeting of all the dangers between two formations in very great difficulty since the beginning of the season. Red lantern of this championship, the Azulones were still looking for their first victory (a draw and seven losses) and hoped to raise their heads after a nightmarish start. Same story for the Granotes, orphans of the least success since the resumption (4 draws, 4 setbacks). For this meeting, Quique Sanchez Flores, successor to Michel sacked during the international break, aligned a 4-4-2 with Nemanja Maksimovic in support of Sandro Ramirez, present at the forefront of the attack. Opposite, Paco Lopez opted for a 4-5-1 where the experienced Soldado (36) was responsible for bringing danger to the edge of the opponent’s area.

In a very balanced first period, the two poorly classified in this championship tried above all to reassure themselves with regard to their respective negative spirals. Unclear in front of goal, Levante and Getafe were unable to decide between themselves and returned back to back at the break. And despite greater pressure from the Granotes after returning from the locker room, nobody found the fault in this meeting. A zero and goalless score (0-0) which does not suit either of the two teams, still immersed in the depths of the standings (18th and 20th). On the tenth day, Levante will move on the lawn of Seville. Getafe will host Celta.

FC Barcelona: the frustrating reaction of Xavi after the draw against...