Liga: Real Sociedad provides the essentials against Mallorca, Real and Atlético under pressure 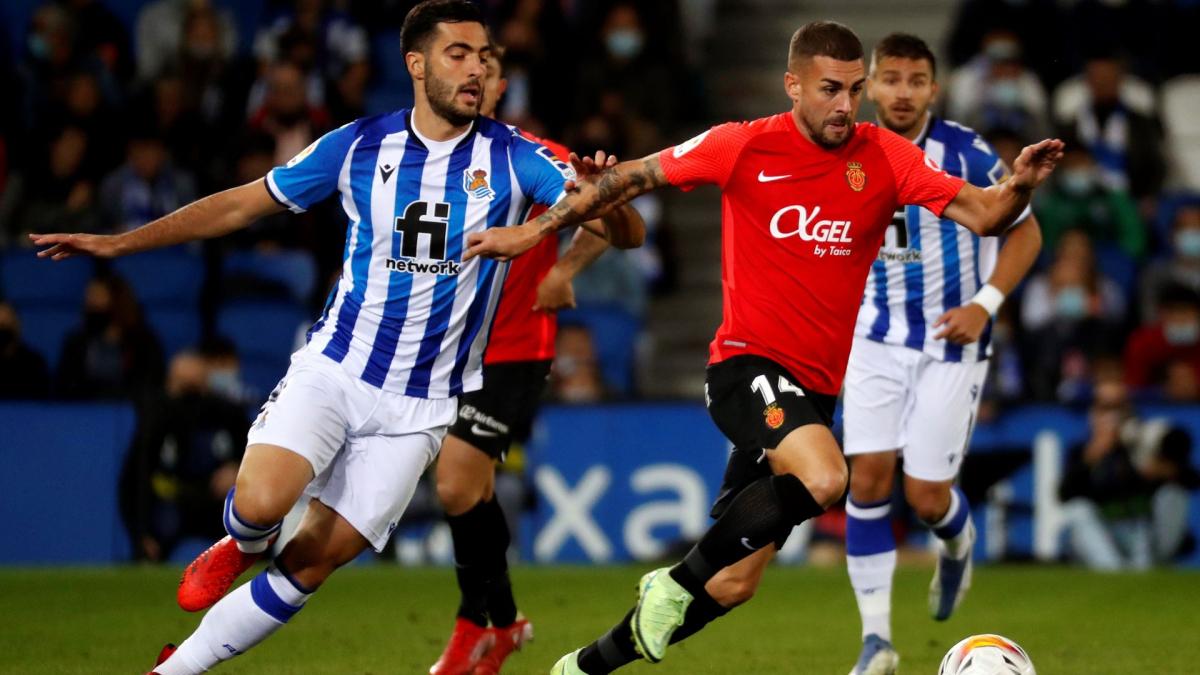 Real Sociedad in boss mode. Imanol Alguacil’s men won on the wire against Real Mallorca (1-0) this Saturday evening, on behalf of the 9th day of La Liga. Aihen Muñoz complicated the task of the locals by being excluded just before half-time (45th + 1).

The young Julen Lobete (21) finally came to offer the three points of victory to Real Sociedad at the Anoeta stadium at the very end of the game (90th). Thanks to this 6th success of the season, the Bleu et Blancs temporarily take control of the Spanish championship by putting pressure on Real Madrid and Atlético de Madrid, who will not play this weekend. The promoted Mallorca is 12th in Liga.

The incredible story of Gavi, the new rising star of Spanish football

The incredible story of Gavi, the new rising star of Spanish...

PSG: Kylian Mbappé lets go of his truths about the performance...

Liga: Levante and Osasuna back to back