More
HomeSportsfootballLigue 1: the technical direction of refereeing takes stock of the start...
Sportsfootball

Ligue 1: the technical direction of refereeing takes stock of the start of the season 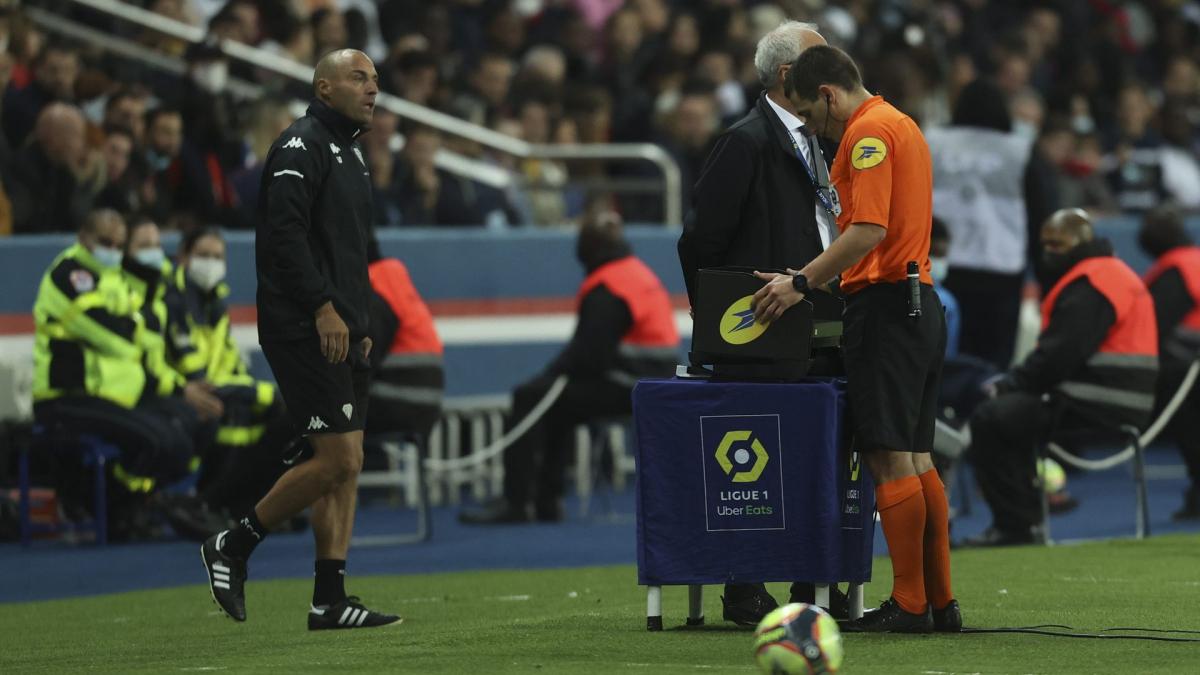 After 11 days of the championship, some arbitration controversies as during PSG-Angers, and perfectly managed situations illustrated by the OM-PSG match this weekend, the technical direction of the refereeing opened its doors this morning to draw up a report. places.

We are only a small third of the Ligue 1 championship but there are already things to say and to remember. After 11 disputed days, the technical direction of the refereeing wanted to take stock of the start of the season in the company of its executives, Pascal Garibian, the director at the head. The opportunity to refresh some rules, especially the hands, to isolate certain situations in video, to probe the media present and to show what has been done well and less well done. According to the DTA, there is a black point, it is this famous PSG-Angers of October 15. As explained elsewhere (see link), the first goal scored by Danilo was awarded for lack of knowing the exact position of Mbappé at the start of the pass that was sent to him. Of all the cameras capable of drawing lines, none shows the Parisian striker in the field. He is in a blind spot. Without proof of a manifest error, the goal was awarded. This is a problem of technology. The penalty whistled in favor of PSG after a hand from Capelle, however, follows a human error.

The video assistants noted in the heat of the action a first collision between Romain Thomas and Mauro Icardi, a possible offside from Mbappé and the hand of Angevin only in their driver and facing the accumulation of all these facts of play, they forget to go back the images until the contact between the Argentinian and the defender of the SCO. They rewind the thread to Mbappé’s position at the start of the action, finally in a lawful position, then decide to whistle a penalty after Capelle’s hand. “We found a number of clearly identified shortcomings. We are working on this so that tomorrow we can avoid these shortcomings. We can easily explain them. We provide video assistant referees to make them work, to make them aware. The copy is not white and clean today but we make sure to meet the expectations of football “, comments Stéphane Lannoy, former international referee, now assistant to the DTA, responsible for the video part.

26 out of 38 errors rectified with video assistance

“It’s a pretty positive overall result. After the 11th day, we are on a ratio of 69% of errors in the field which have been corrected, thanks to video assistance. It is a satisfactory ratio but which deserves to be further worked on ”, he said from a meeting room of the French Football Federation this Tuesday morning. In detail, 38 obvious errors have been made by our Ligue 1 referees since the start of the season. Video assistance was able to rectify 26 of them, for example the red card sent to Achraf Hakimi during OM-PSG. At first, Benoit Bastien sanctioned Cengiz Ünder, guilty according to him of having taken the ball in hand in his fall, to give the Parisians a free kick. This is when the Replay Center (the center where video assistant referees work) calls the man with the whistle to tell him that he was probably wrong. “There is a contact, you have to come and see”, invites the video assistant to his colleague on the lawn of the Velodrome.

Benoit Bastien goes to the control screen and notices that he must completely review his first decision. Hakimi is logically expelled. “You are the last”, justifies the referee. This complete sequence will have lasted a little less than two minutes, which is the average time for this kind of procedure. This deadline is also one of the areas of progress for our referees, according to Stéphane Lannoy. “We understand the frustration of players, spectators and viewers who sometimes have to wait two minutes, three minutes, sometimes more, before a decision is made. However, we have to verify several situations at the same time. This is what we are emphasizing this year, it is the analysis time. We need to be able to make decisions more quickly. “ Progress is also technological, but this no longer depends on the fate of the referees. Of the 38 obvious errors, 12 could not be corrected, most of the time due to a lack of data, as we saw with Mbappé earlier in this article.

“In the first third of the season, we can consider from our side that the results are rather satisfactory. Obviously, as in other professional and human activities, there are things to improve but we are rather satisfied with the results in the field and also in terms of video assistance. There are a few situations during these first 11 days of the championship that have led to controversy, different appreciations, different interpretations. We are aware that we still have a long way to go and daily work to accomplish in order to progress but we are on the right track with referees who are taking more and more uniform broadcasts ”, summarizes Laurent Duhamel, now in charge of the professional pole of the DTA, recalling an important element: the video assistance is only three years old in France. “As with every new system, it takes time and education for this system to become more efficient. Gradually, our referees and our video assistants will improve their skills and move towards more expertise and development. ”

Real Madrid: the case of Gareth Bale is more and more talk!