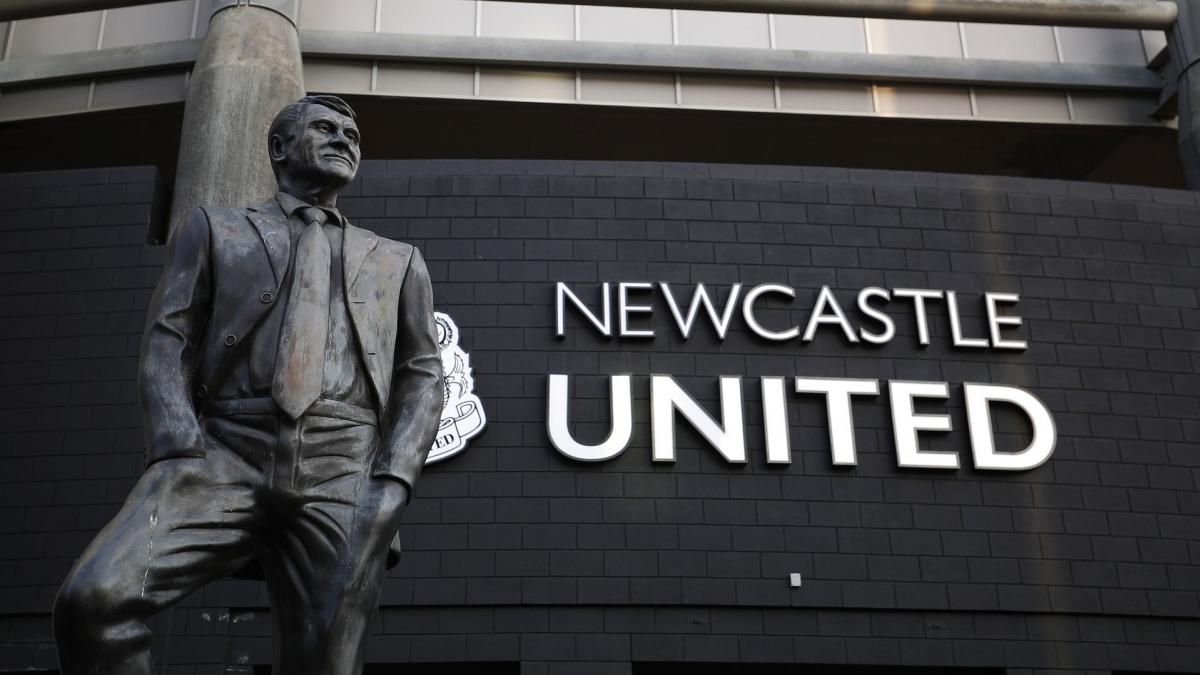 Now the richest team in the world of football, Newcastle has entered a new era. The takeover of the Magpies by the Saudi Arabian Sovereign Fund (PIF) comes with the highest ambitions for a club currently lagging behind in the Premier League but whose history places the residents of St James’ Park in a strong position of English football.

“The past brings the future”, said Victor Hugo. This famous quote applies wonderfully to Newcastle United Football Club, the richest new team in the world since the club was acquired by the consortium comprising the PIF (Saudi Arabia investment fund, new majority shareholder), PCP Capital. Partners, and RB Sports & Media, on October 7. The new owners of the Magpies have landed at St James’ Park with extremely high ambitions which contrast with the current delicate position in which Steve Bruce’s men find themselves (19th in the Premier League, no victory in 7 days). The image that the club has emitted in recent years, however, has nothing to do with what NUFC actually represents in the history of the other side of the Channel.

A club that counts in England

Newcastle is indeed a club occupying an important place in the British football landscape. With a well-stocked trophy cabinet with 4 English league titles (only 3 less than Manchester City, which has gleaned 5 since the arrival of the Emirati owners, 2 less than Chelsea, crowned 5 times since the takeover club by Roman Abramovich), 6 English Cups, 1 Community Shield, as well as 1 Fairs Cities Cup (1969, European premiere) and 1 Intertoto Cup. “Newcastle is seen as a sort of ‘sleeping giant’, and this perception was reinforced by the Mike Ashley era (owner from 2007 to 2021) which was defined by a crippling lack of ambition.”, analysis Chris Night, journalist The Chronicle, for Foot Transfer market.

“In the years leading up to Ashley’s reign, the Magpies were regular contenders for the top of the Premier League. This reputation has been lost over the past 14 years, and a generation has grown up identifying Newcastle as a sign of mediocrity ”, continues our English colleague, to better help situate the place that NUFC historically occupies. Because the last years under the leadership of Mike Ashley have been complicated, including two relegations to the Championship (2009, 2016). “Rival fans regularly point out the lack of trophies in Tyneside (the last league title dates back to 1927 and Newcastle have not won a major trophy since 1969)”, explains Chris Night.

A lot of prestigious legends

Despite everything, the club has each time managed to recover instantly, as if the weight weighing the club pushed the players to have to respect the past a minimum. Under the Mike Ashley era, the Toons managed to immediately ascend to the Premier League (2010, 2017) when they failed in the top flight. Newcastle has also always been able to raise the bar during its darkest periods in the past, as in the 1960s (relegation in 1961, return to the top flight in 1965, then winner of a European Cup 4 years later), and later, with 2 relegations and 2 promotions in 15 years between 1978 and 1993, with a podium for NUFC’s return to the Premier League in 1994.

Alan Shearer with Newcastle against Wigan in April 2006

Newcastle is also famous for having seen several icons of English football pass under its colors. The French may first think of David Ginola, but the main star remains Alan Shearer, legend of the round ball among our British neighbors (30 goals in 63 caps with the Three Lions). “Alan Shearer lived the dream of any Newcastle fan: to return home for a record price (€ 21 million in 1996 from Blackburn) and become the top scorer in the history of the club (206 in 405 appearances), insists Chris Night. Newcastle’s No.9 jersey is iconic, and there have been many famous holders of this number including Hughie Gallacher, Jackie Milburn, Malcolm Macdonald and more ”, says the journalist of the local daily.

The catalog of coaches who have officiated on the bench at St James’ Park also has several prestigious pages for the Magpies. “Kevin Keegan and Sir Bobby Robson were both beacons of hope that fans held on to, especially in the intervening years which saw a handful of desperate successors deliver consistently dismal content. Both managers provided an exciting football brand and galvanized the city with European football and trophy attempts, though both ultimately fell through. Joe Harvey deserves a mention for his exploits both as a player and as a manager ”, says Chris Night. From now on, the job of Newcastle’s new bosses will be to build on the past to better build a future that already looks bright.

Objective: regain the confidence of the fans

The overflowing ambitions of the new owners in any case leave fans dreaming, but Chris Night makes it a point of honor to re-establish the major connection that will contribute to the future success of the club. “The fans just want the owners to invest both on and off the pitch to give the team a shot at success. This approach would help to avoid criticisms such as those leveled at PSG, whose history is singled out. When it comes to legacy, restoring that connection between the fan base, the city and the club is of paramount importance. It’s hard to say how dysfunctional this relationship has become in the last few years of the Ashley era. Many turned away, others continued to show up out of obligation rather than anticipation. Newcastle have the capacity to be much more, and they now have a model of ownership that has the resources to finally realize that potential. “

Now all eyes are on the approach that will be taken and the method that will be used by the new Saudi owners in order to place Newcastle on the English and European tops in the future. “The Magpies are a club in need of some serious love after the Ashley era. The stadium needs a serious overhaul. One of the first priorities on the list should be the replacement of the training ground, which has been obsolete for some time. Regular spending in successive transfer windows combined with investments off the field should be the strategy adopted. But first and foremost, the new owners need to reopen the lines of communication to a fanbase that has been left apathetic and hopeless lately. Thousands of people have left the club in recent years, and the consortium has already laid out their ambition and vision for the club in a way that will restore the confidence of many supporters. As the famous fan banner said, “We don’t demand a winning team, we demand a trying team.” “ This is good, the new owners are on track to ensure that Newcastle is invited as quickly as possible to the table of big cars across the Channel, just to regain its splendor and all the prestige that is its own.