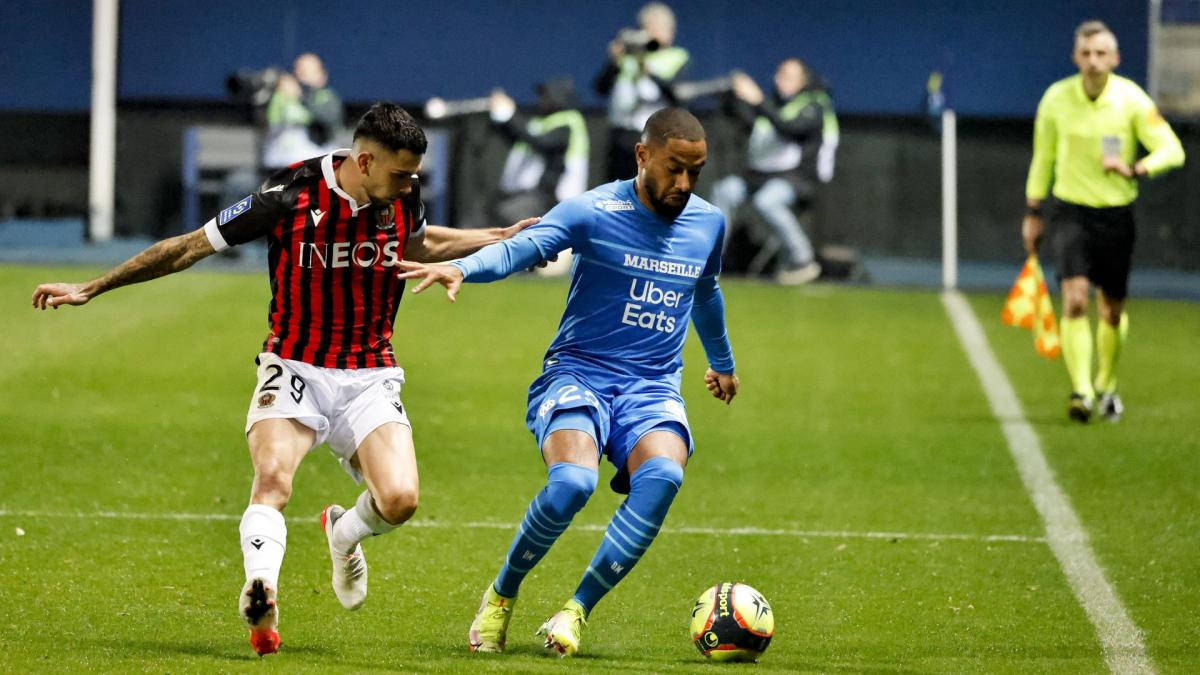 Established by Jorge Sampaoli on Wednesday night in Troyes for the late match against OGC Nice (1-1, 3rd day), Jordan Amavi struggled for his second match of the season. The 27-year-old full-back suffered both defensively and physically.

We had not seen him on a lawn with Olympique de Marseille since the trip to Angers on September 22 (0-0, 7th day). He had then played a little less than an hour before being replaced. But on Wednesday evening, at the Stade de l’Aube de Troyes for the match against OGC Nice which had been postponed after the incidents at the Allianz Riviera, Jordan Amavi was a little taken out of the closet by Jorge Sampaoli who decided to start on the left side. In a sort of 5-4-1 with Luis Henrique on the other side and a central Saliba-Alvaro-Caleta-Car hinge, the 27-year-old full-back suffered enormously in the first half.

During the first half hour, the old element of Aston Villa was too often taken behind his back by Atal or Guessand, who created a lot of danger. Little by little, Jordan Amavi straightened the bar a little and his agreement with Gerson in the corridor was interesting, as on the equalizer of Dimitri Payet. But like Luis Henrique on the other side, the main concerned seemed in lack of benchmarks, the fault certainly with this lack of playing time. And also in lack of physical freshness, he who ended up with cramps like explained Jorge Sampaoli when talking about the entry of Luan Peres: “For Luan, we had to bring him in, because Jordan was having cramps, and we fired hard with him so that Luan could play as little as possible.”

With few minutes left, Jordan Amavi could not finish the match and gave way to the Brazilian in the second half. Present in the mixed zone, the defender of OM returned to this problem: “It’s true that it was a bit complicated, there was a lot of fatigue on our side for some players. (…) It’s not an impression, I was tired. It’s been a while since I played and it’s a position that requires a lot of effort, so it was complicated. I did what I could do, we’ll see what happens next. ”

Almost jaded, the player trained at OGC Nice therefore certainly hopes to be able to chain meetings under the orders of Jorge Sampaoli. Unfortunately, the Argentinian technician seems to have other priorities when his whole group is on top physically. Especially at the Stade de l’Aube, Jordan Amavi had the opportunity to score points with his coach, but his performance will not necessarily go down in history. It remains to be seen whether he will therefore be able to continue on Sunday in Clermont, as part of the 12th day (8:45 p.m.).

Mauricio Pochettino gets massacred by the twittosphere

PSG: Mauricio Pochettino prefers to wait to give news of the injured

Mauricio Pochettino gets massacred by the twittosphere

PSG: Mauricio Pochettino prefers to wait to give news of the...