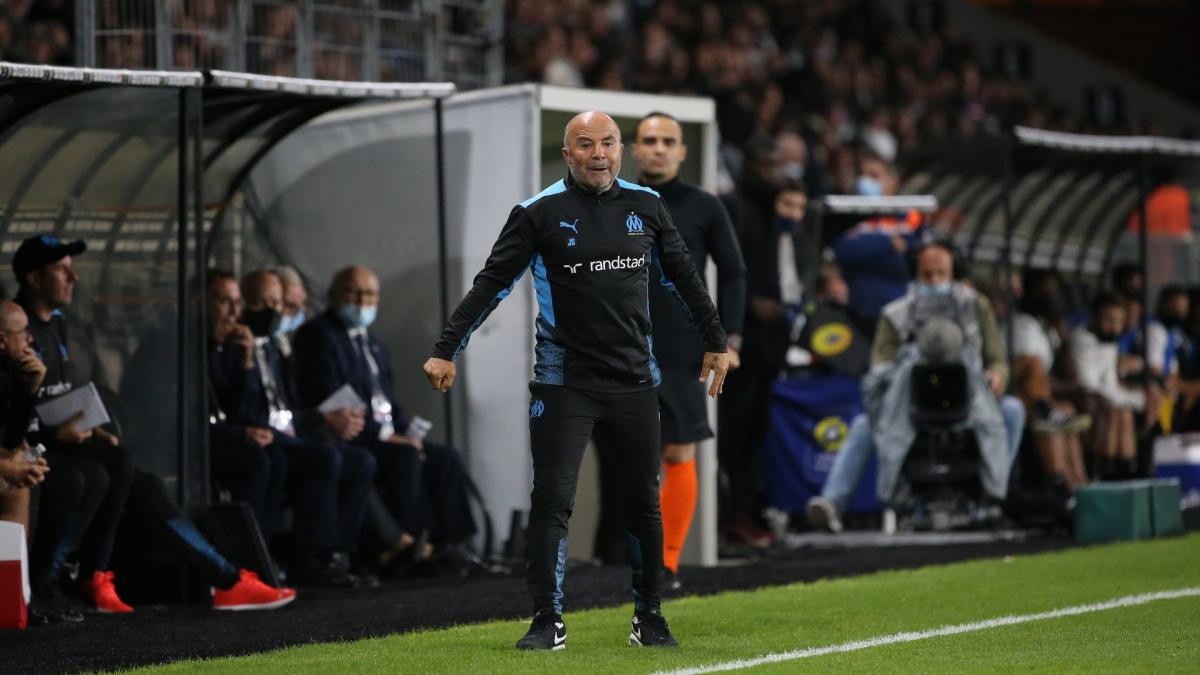 During the draw against OGC Nice (1-1), Jorge Sampaoli did a lot of tinkering to compose his starting XI. However, some choices didn’t work out, and the Argentine said more after the game.

A reunion almost two months later. After the incidents at the Allianz Riviera during the third day of Ligue 1, and the postponement of the match, OGC Nice and Olympique de Marseille met this Wednesday evening on the lawn of the Stade de l’Aube in Troyes, therefore on neutral ground and behind closed doors. For this act II, the Phocéens suffered overall against Aiglons players and pushed by their trainer Christophe Galtier but finally took a point thanks to a realization of Dimitri Payet (1-1). The meeting was not easy and it must be said that Jorge Sampaoli did not necessarily surrender.

With the suspension of Leonardo Balerdi and the absences of Pol Lirola and Amine Harit, not qualified for this part since they had signed for OM after the match in Nice, the Argentine coach had to innovate by establishing Alvaro Gonzalez, Jordan Amavi , Gerson or Luis Henrique. The Spanish defender, for example, had not played since September 30 and the match against Galatasaray in the Europa League, while the side had only made one match in Angers. Quickly, we saw the Phocéens in difficulty, especially Amavi who took several offensives behind his back. The choices of the 61-year-old technician did not necessarily pay off, and the latter was justified at a press conference.

“Physically, they were not ready (Rongier and Ünder)”

“The objective was already to put on the best and the freshest. We put two laterals a little lower to put them in difficulty, so that their offsets can go to our laterals and then have spaces in his back. We put them in more difficulty in the second half. We had situations in the second half, we could have won that game. But the modification of the structure was made in relation to the players who were at 100% of their physical quality ”, Jorge Sampaoli told reporters before explaining his surprising changes, Rongier or Ünder remaining on the bench.

“Physically, they weren’t ready. They played a lot, they were well under way, and we brought them in just so they could travel. For Luan, we had to bring him in because Jordan was having cramps, and we pulled as hard as possible with him so that Luan could play as little as possible. That’s why we didn’t bring in Rongier and Ünder ”, chained the Argentinian before spinning. With the sequence of meetings, OM does not have time to breathe and it will quickly be necessary to refocus since a trip to Clermont awaits the Phocéens this weekend (Sunday at 8:45 pm).

OL: Rayan Cherki, youngest player with a double in the European...