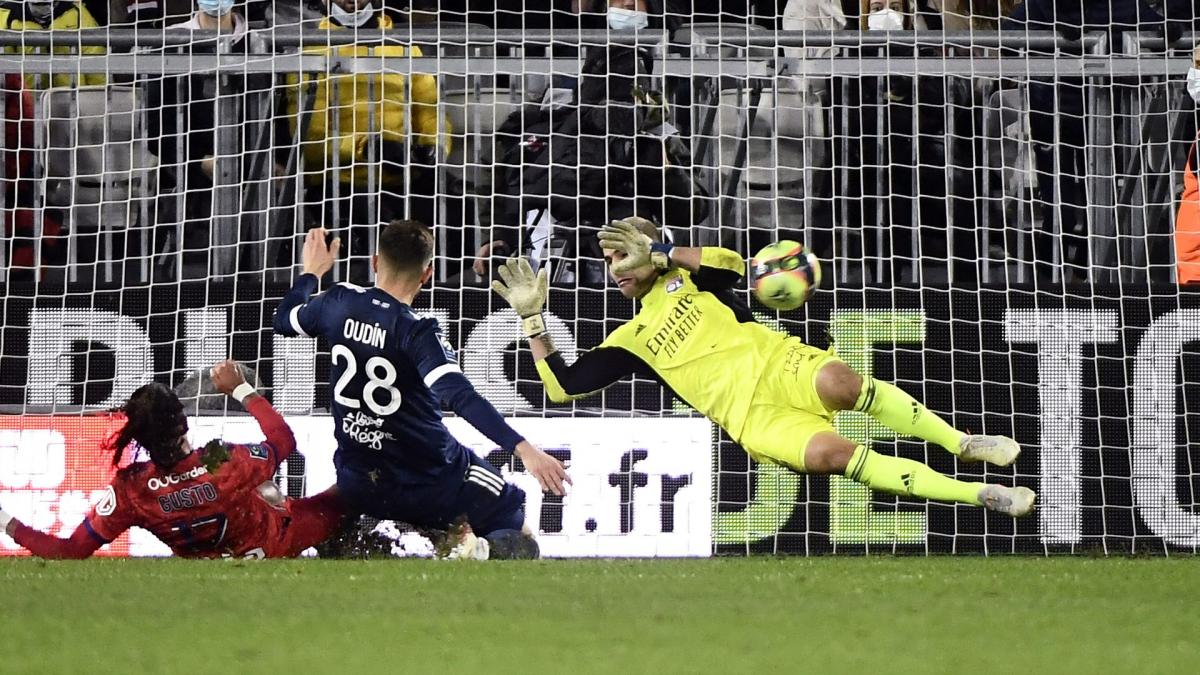 In lack of points, the Rhone club had to win in Bordeaux to catch up with the leading teams. But the Gones were held in check (2-2). Worse, they even came close to disaster. And for Anthony Lopes, this is unacceptable.

Olympique Lyonnais is doing badly. While Olympique Lyonnais, Nice and Lens were beaten or slowed down, Les Gones had a great opportunity to get back on the leading pack in the event of victory at Bordeaux. Peter Bosz’s men are not dashing lately, but their Girondins opponents were at their worst, especially after their rout against Strasbourg (2-5).

But once again, OL ruined everything. While they led twice in score, the Rhone have been joined each time. Worse, they could have lost this match if the Bordelais had not signed two incredible failures at the very end of the game. Result: Lyon is tonight twelfth in the Ligue 1 standings. An unacceptable record for Anthony Lopes, the only Lyon player to have stopped facing the media.

“Anger, sadness, a mixture of feelings that are completely negative. We were in front, we were leading 2-1, we had done the hard part. We are joined at 2-2 and we are almost on the verge of losing the game in the end. A lot of things will have to be remedied. We owe it to ourselves to do a lot more. Today, we are twelfth in Ligue 1, which is totally unacceptable when you are Olympique Lyonnais. We will have to find things quickly. We have a few games left to end the first part of the season more positively. We cannot go back, the damage is completely done ”.

But what is OL really suffering from? From a lack of state of mind? For Lopes, it’s not just that. “I think it’s a problem of lots of things. We will all have to put our heads right and start moving forward because the results we have today are simply unacceptable. OL in crisis? It is a very strong word. When we look in front of us, no one is really off the hook except Paris. We cannot speak of a crisis because it is a very strong word. But we are in a hurry, that’s for sure. We will have to start again ”. The message got through.