OM: Cengiz Ünder reveals the keys to his whirlwind adaptation 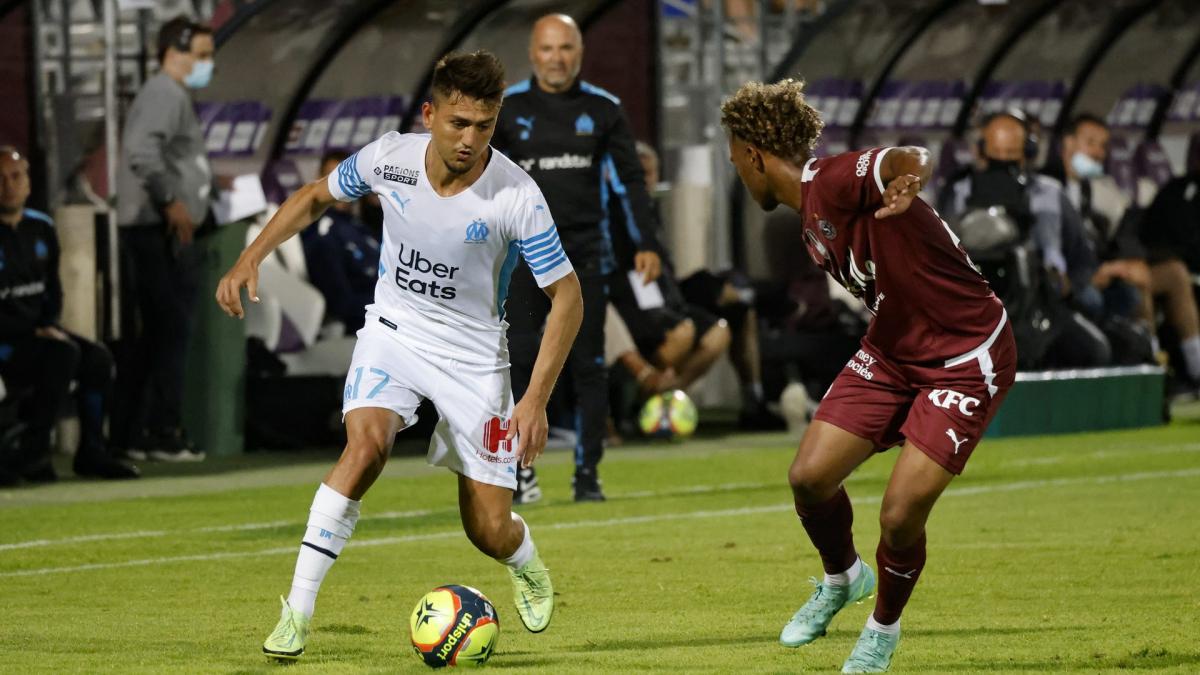 Arrived this summer from AS Roma, Cengiz Ünder is already like a fish in water at the Olympique de Marseille. The Turk explained why.

Like love at first sight. Between Olympique de Marseille and Cengiz Ünder (24), it’s obvious. Since his arrival this summer, in the form of a loan with option to buy from AS Roma, the striker has adapted to the speed of light. His statistics are there to prove it: 4 achievements in 11 appearances in all competitions. Not really a surprise for the person concerned. “My new life in Marseille? I quickly got used to it. Everything is going very well for me, I progressed quite quickly. I have accomplished a lot in a short period of time and I am really happy to be here ”, he savored during an interview with the official UEFA website.

The Turk, also brilliant with his selection this season (2 goals in 4 matches since he joined OM), has recovered after a complicated stint at Leicester on loan last season. And the public at the Orange Vélodrome is no stranger to this return to the fore. “The AS Roma supporters were amazing and different. (…) But I can say that the best supporters are here in Marseille. They have enormous influence. As soon as you enter the field, you are struck by the atmosphere. We have the impression that they are playing by your side ”, he explained before insisting. “I have always dreamed of playing for such wonderful supporters. And now I’m playing in front of the best fans in Europe. It makes me proud. (…) I am both excited and happy ”, he blurted out.

An enthusiasm that he willingly puts at the service of the team and its coach, Jorge Sampaoli. “I can say it is one of the reasons I chose to come here. The manager is always a very important factor for me. It hadn’t been like this for a year and a half. Now I am really happy to work with Jorge Sampaoli because I am learning a lot from him. His way of doing things is really different. We do a lot of tactical work. And we are constantly trying different variations. We have a very young team and, thanks to our manager, we are moving in the right direction, really ”, he appreciated.

The right path, synonymous with final victory in the Europa League? The twirling winger does not hide, although he remains cautious. “Of course that’s our goal because we have a very good team. But I think it is too early to talk about it now because it is better to take the matches one after the other. (…) But I think we will qualify for the knockout stage. I also think that everything is going to be much faster for us now. The important thing is to win our group’s matches now and to look to the future ”, he concluded. An ambition that will no doubt please the fans he already loves so much!

Real Madrid: Thibaut Courtois is the best goalkeeper in the world for Carlo Ancelotti

Real Madrid: Thibaut Courtois is the best goalkeeper in the world...

Barça: Ansu Fati absent for the trip to Munich?