OM-PSG: many incidents at the Vélodrome 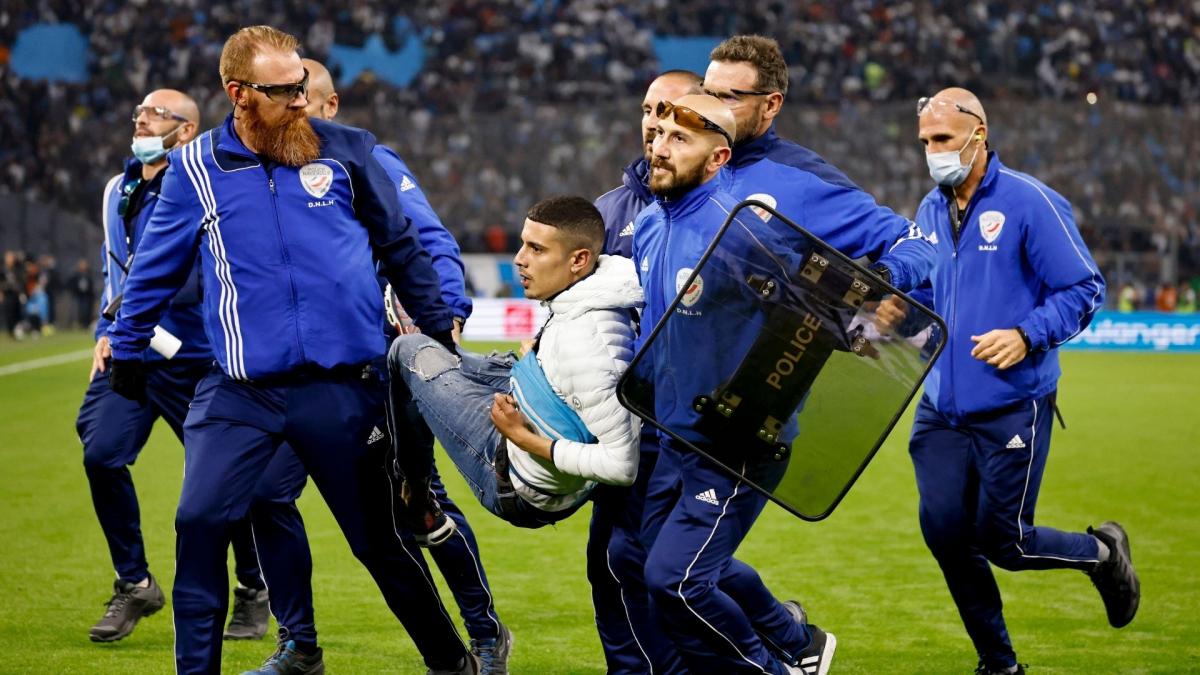 The draw between Olympique de Marseille and Paris Saint-Germain (0-0) was marked by several incidents, not only on the lawn of the Vélodrome but also on the outskirts of the Boulevard Michelet enclosure. Based on information from BFM TV, nine police officers were injured as a result of clashes with supporters on the stadium forecourt, including eight CRS with bruises and a commissioner who was thrown by stones, who was taken directly to hospital. The television channel adds that 21 people were arrested and taken into custody, including the supporter who entered the lawn in the middle of the Parisian counter-attack to hug Lionel Messi during the second period of the Classic.

In addition to the throwing of projectiles on the PSG players during the meeting, these incidents could well cause the withdrawal of a suspended point sentenced after the trip to Angers. OM captain Dimitri Payet regretted these gestures after the meeting: “I’ve also seen bottles, chargers, lighters, I’ve seen them on me before, I know what it is. Some people slip, we risk losing points, we cannot say that these people like OM. I am disillusioned, I do not understand, we know that we are being observed, we need real sanctions, we can no longer wait for someone to be injured. “

Ligue 1: with the return of the public, the shortage of stewards is a problem