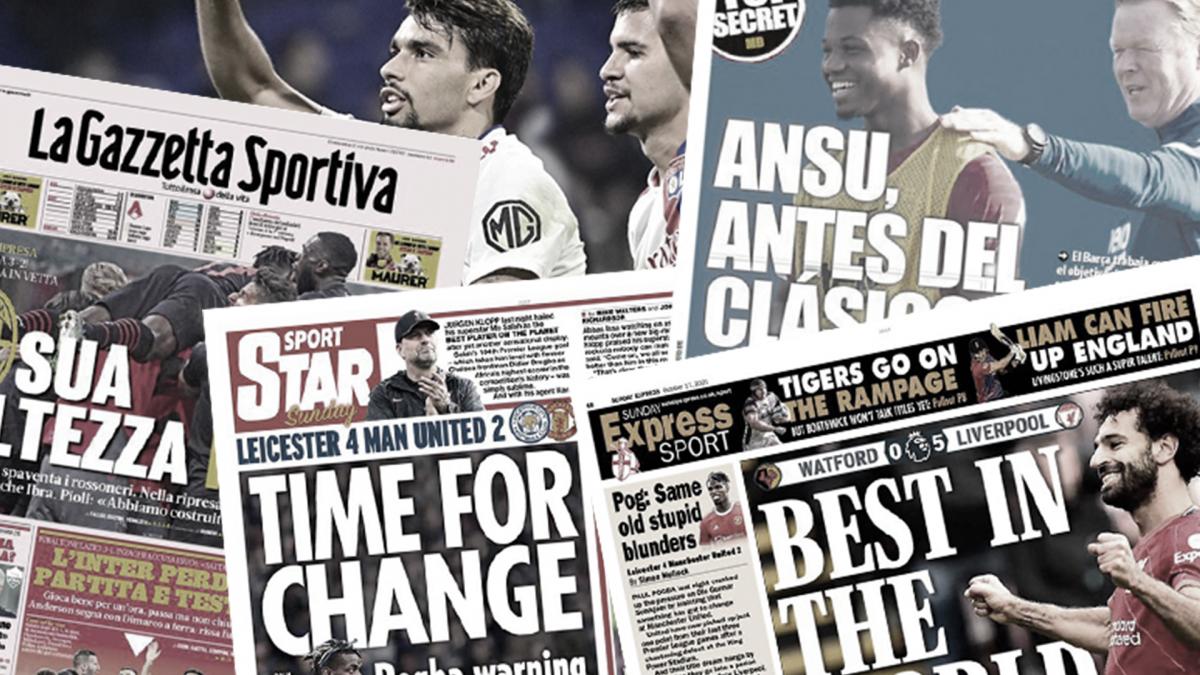 The shouting of Paul Pogba after the defeat against Leiceister, Barça wants to complete the extension of Ansu Fati before the Clasico, general fight during Lazio-Inter, find in your press review Foot Transfer market the latest information from the European sports press .

In a totally crazy match, Manchester United finally lost heavily to Leiceister, 4 goals to 2. A new defeat for the Red Devils who let slip important points for the title race. For the Sunday Star, “It’s time for a change”. A title that refers to the shouting of Paul Pogba who indirectly put pressure on his trainer Ole Gunnar Solskjaer. “We have to change something. We don’t understand, it’s frustrating, but we will have to discover the reasons for this failure very quickly to fight with others. To play for the title, you have to win these games in particular, even if they are very difficult, that we play away. We have to find the right mentality, the right tactics. And stay together ”, said the French world champion. Atmosphere.

Now is the time for extra time at FC Barcelona. After Pedri, it is the turn of another nugget to be offered a contract extension. This is obviously Ansu Fati. A file which is on very good track, taking into account the reciprocal desire of the two parts to prolong the pleasure. And as revealed by Mundo Deportivo, Barça would like to complete this file before the Clasico against Real Madrid which will take place on October 24. History to reassure the team and the fans before this shock vis-a-vis the rival of always which could be decisive for the future of Ronald Koeman.

A Lazio-Inter under high voltage

The clash between Lazio and Inter ended 3-1 to the advantage of the Romans. An electric meeting which was marked by a general fight after the second goal signed by Felipe Anderson, as pointed out by Corriere dello Sport in today’s edition. A controversial goal that did not please the Inter Milan players who criticized that the ball was not released while Federico Dimarco was on the ground. Problem, the latter was already on the ground when Inter Milan attacked the goals of Pepe Reina. This therefore caused a rain of boxes on both sides.