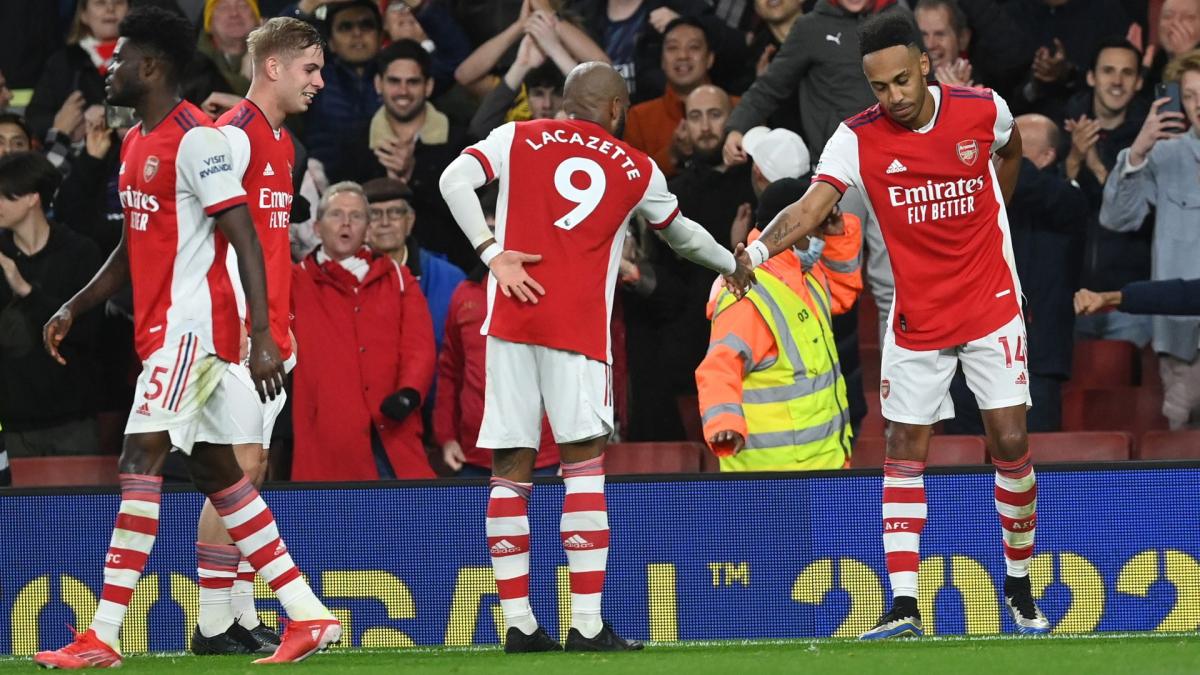 Arsenal resumes its march forward. After two consecutive draws in the league, the Gunners quietly disposed of Aston Villa (3-1) this Friday, as part of the 9th day of the Premier League. Decisive scorer and author of a sensational entry into play against Crystal Palace (2-2) on Monday, Alexandre Lacazette was rewarded by Mikel Arteta. And the French international was able to seize his chance, showing himself still decisive against the Villans for his first start of the season in PL. The former OL scorer obtained a penalty, transformed into two stages by Pierre-Emerick Aubameyang just before the break, to allow his team to make the break at the best of times (45th + 6). Before that, Thomas Partey, who had already found the bar (20th), opened the scoring with his shoulder on a corner (23rd).

Returning from the locker room, if Emile Smith Rowe gave a comfortable advantage to Arsenal by concluding a marvel of collective action that he himself had initiated (3-0, 56th), “Laca”, injured, was forced to give way to Martin Odegaard (68th) a few minutes later. The No. 9 Gunners therefore insisted, powerless, on the reduction of the visitors gap through Jacob Ramsey, who subtly found the skylight of Aaron Ramsdale (3-1, 82nd). If they were scared at the end of the game, Mikel Arteta’s men held on to offer themselves their 4th Premier League success of the season. Arsenal (9th, 14 points) goes on a 5th game without defeat and returns to the first part of the table, even if the Spanish manager can tremble for Lacazette. Aston Villa (13th, 10 points) aligns for its part a worrying third defeat in a row in the league.