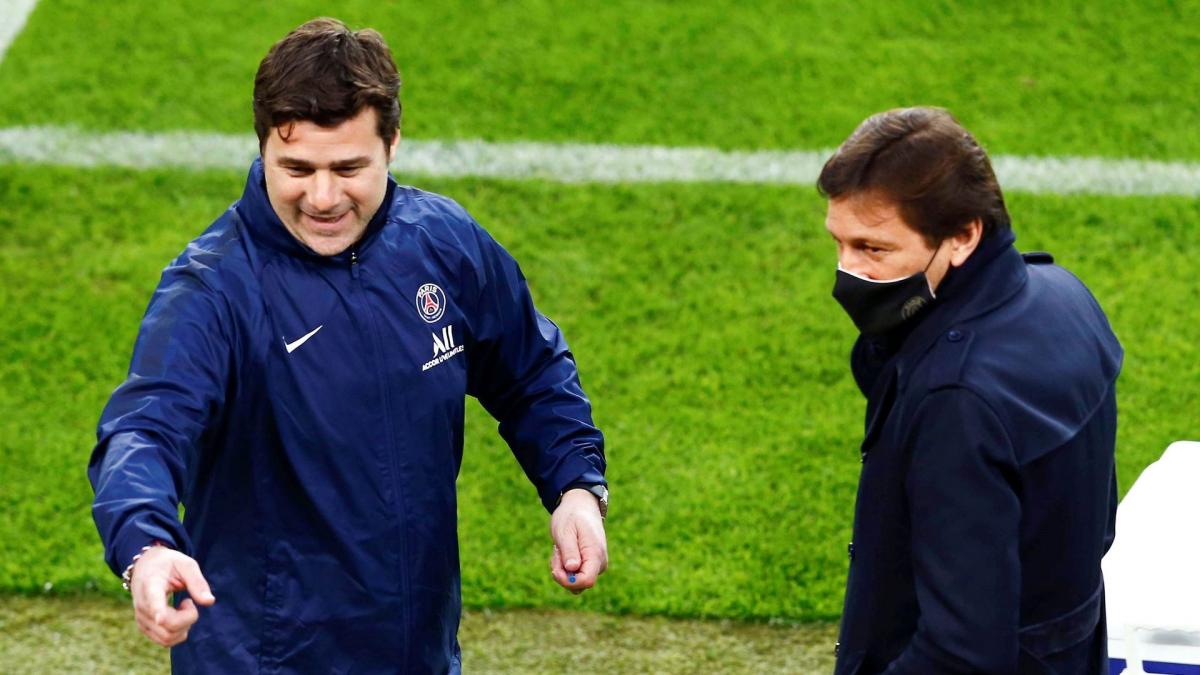 Between Mauricio Pochettino and Leonardo, relations are fresh at Paris Saint-Germain and disagreements are still numerous.

“We don’t want Pochettino to leave. He never asked to leave and no club contacted us in relation to him. We have a lot of respect for Zinedine Zidane, which he did as a player and coach, but I can tell you very clearly that there is no contact and that no meeting with him has taken place. “ Here are the latest statements from Paris Saint-Germain sporting director Leonardo on the latest rumors about Mauricio Pochettino leaving Manchester United and negotiations with Zinedine Zidane for the sequel. The Brazilian leader has therefore made a big update, taking a little defense of the Argentinian. But internally, relations are not so good between the two men.

In today’s edition, The team says a little more about the connections and exchanges between the two men. As the sports daily explains, there are always several disputes, starting with the game proposed by the Parisians. Leonardo, who had nevertheless pushed a big rant on the subject after the narrow victory against LOSC in Ligue 1 (2-1), does not appreciate what his team offers on the lawn, despite a positive result in French Championship (1st place) and Champions League (2nd but qualified for the round of 16). And for his part, the former manager of Tottenham had difficulty digesting the fact of not having been consulted for the transfer window and recruitment.

Pochettino did not request two recruitments

According to our colleagues, Mauricio Pochettino would not have liked the arrivals of Sergio Ramos and Gianluigi Donnarumma during the last summer transfer window. And inevitably, when we talk about the transfer market, it is Leonardo who manages in the capital. The points of disagreement are therefore multiple between the two strong men of Paris SG, and the omnipresence of the Brazilian can sometimes seem a problem. Moreover, according to our information, the arrival of Zinedine Zidane could be linked to the future of Leonardo, since the French coach would not be hot to work with him as we revealed to you a few days ago.

Still, for the moment, Mauricio Pochettino is still in office and that, as Leonardo said this Friday afternoon, PSG has not yet discussed with the former coach of Real Madrid for the future. In the meantime, the formation of the capital, which manages to obtain results overall, must do better in the game and everyone will have their eyes on the Chaudron on Sunday afternoon for the match against AS Saint-Etienne (1 p.m. ). Because if the results are there, football fans are waiting to see a beautiful game offered by Neymar and his teammates.