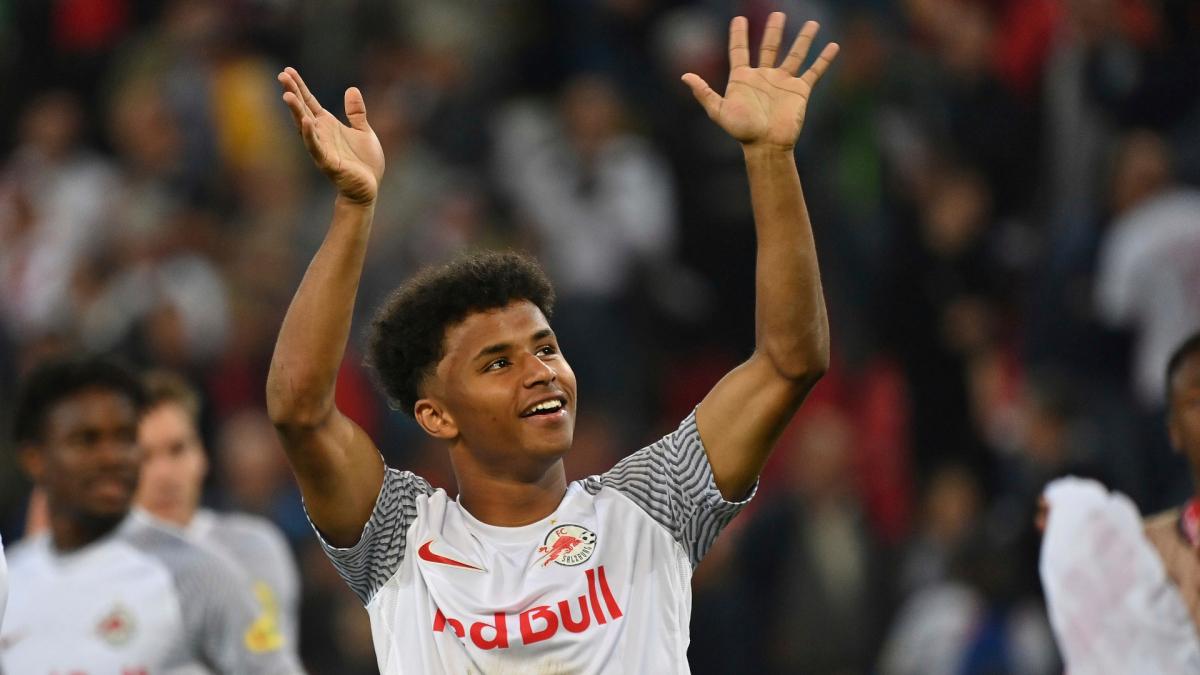 Sensation of the start of the season in Europe with Salzburg and Germany, Karim Adeyemi saw Paris SG lay their eyes on him.

Maximum alert state. The performances of Karim Adeyemi (19) since the start of the season are driving the biggest European clubs crazy. Bayern Munich, who are thinking about the post-Kingsley Coman (25), has seriously come to the news. VfL Wolfsburg, RB Leipzig and Borussia Dortmund are awaiting their turn, while Atlético de Madrid, Inter, Real Madrid and Liverpool have also come forward.

With 14 goals (including 4 penalties) in 18 appearances in all competitions in the Salzburg jersey this season, the young German striker, born in Munich, amazes everyone and therefore attracts a bunch of top names. “I’m very relaxed about it, I’m focused on what’s going on here. Of course, I am honored but nothing more ”, he recently confided. According to information from Sky Sport in Germany, the Paris SG is also on the spot.

PSG would see the new German international (3 selections since September, already 1 goal) as a potential successor to Kylian Mbappé (22), still at the end of the contract in June 2022 and followed like his shadow by Real Madrid. The capital club seems determined to accelerate to catch up in this extremely competitive file.

The Austrians have to rub their hands in the face of all this commotion. They had indeed set their claims at 40 M € a few weeks ago for their starlet, under contract until June 2024. But with the arrival of PSG on the file, the auctions could well explode. Karim Adeyemi, who should nevertheless finish the season in Salzburg, promises to be one of the hottest files of the next Transfer markets!