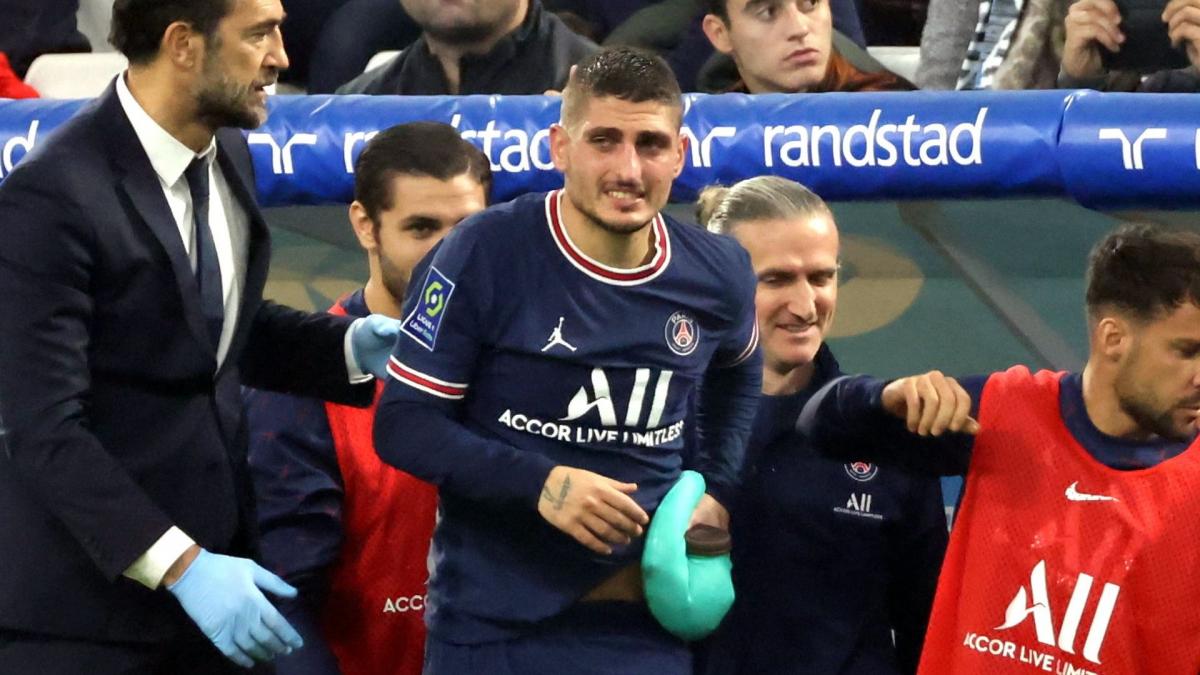 Hard blow for Marco Verratti and Paris Saint-Germain. Injured and absent during the defeat of his family against Manchester City (1-2), Wednesday evening, on the occasion of the 5th day of group A of the Champions League, the Italian midfielder will also be absent next Sunday for the meeting opposite Saint-Étienne indicates The team. Touched on the quadriceps on the eve of the game against the Citizens, Verratti should thus observe a period of unavailability of about three weeks. Information confirmed after examinations passed this Thursday, and revealing a small lesion.

In addition, the Parisian club will certainly have to do without the services of Ander Herrera. Affected with ischios, the midfielder of PSG will take exams this Friday, but his injury worries and he could, as such, miss a month of competition. Also forfeited for the shock against the Skyblues, Georginio Wijnaldum, embarrassed by pain behind the knee, is expected to find his way back to the field very soon. Good news, finally, concerning Idrissa Gueye. Released as a precaution in the middle of the second half against City, the Senegalese felt a slight muscle discomfort but could already be present in the Parisian group which will move on Sunday to Saint-Étienne.