PSG: Neymar pushes for the recruitment of Raphinha! 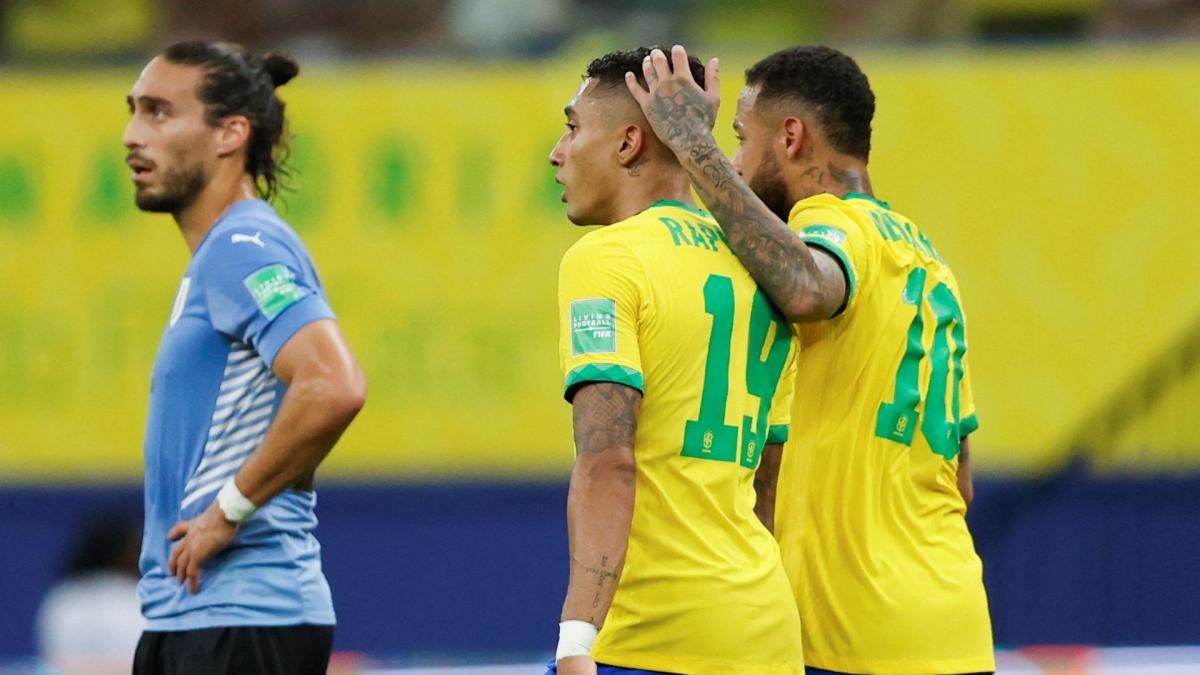 Performing despite the difficulties of Leeds, the Brazilian attacking midfielder continues to see his rating climb. And Neymar would like PSG to take advantage of it.

Ninth in the Premier League standings for their comeback among the elite of English football, Leeds is having a much more difficult 2021/2022 season. Seventeenth in the championship, Marcelo Bielsa’s players are still far from being condemned to relegation, but the battle for maintenance promises to be more complicated this year.

Paradoxically, Raphinha (24) does not seem affected by the difficulties of the Peacocks. Author of 3 goals in 8 Premier League matches, the former resident of Stade Rennais was able to perform well, to the point of convincing Tite to call him in the Brazilian team. A chance that the attacking midfielder was able to seize since he shone during the qualifiers for the 2022 World Cup.

A player noticed in a team in the hard, it does not take more for the rumors of early departure to spread. Especially since the price of Raphinha continues to climb on the market. And according to the very serious Teamtalk, Liverpool are very interested in his profile. But the Reds are not alone.

The English media affirms that a certain Neymar praised the merits of his partner in selection to the leaders of Paris Saint-Germain. After Richarlison, the number 10 of the Rouge-et-Bleu would have drawn attention to one of his new favorites. Forced to foresee the probable departure of Kylian Mbappé, Paris would hold there an attractive alternative which already knows Ligue 1, even if Raphinha is a winger. Case to follow.