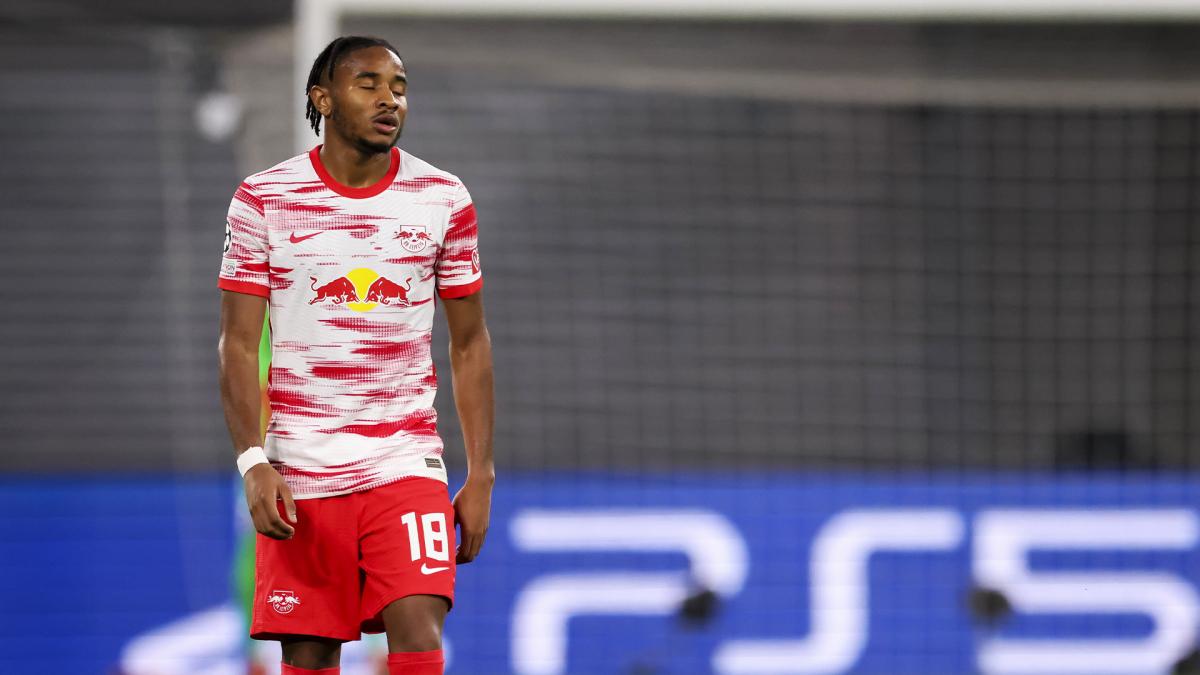 On the occasion of the third day of Group A of the Champions League, RB Leipzig will move on the lawn of the Parc des Princes, this Tuesday at 9 p.m., to challenge Paris Saint-Germain. Leaders with four units, the Parisians will be keen to keep this status against the German club, always looking for their first points in this group stage. Already back to the wall, the winged bull struggles to take off in a very disappointing start to the 2021-2022 season.

Two winged bulls, placed at the level of the thorax, proudly displayed and symbols of an almost visceral force. For RB Leipzig, the trend is given. In this regard, the performances achieved over the past few seasons confirm this declared desire to establish itself on a lasting basis in the arena of world football. Used to playing the leading roles in the German championship, defending Bundesliga runner-up behind the Bavarian ogre and semi-finalist of the Champions League in 2020, the German club is however experiencing a very complex start to the year. In the grip of a disorder reminiscent of the agitation caused by a bullfight, it is a breathless RasenBallsport Leipzig who presents himself, for the fourth time in a year and a half, against a PSG led by his duo: Messi-Mbappé. Neymar being forfeited.

Jostled, once again, on the ground of Friborg (1-1) this Saturday, the club belonging to the Red Bull group is thus stuck in an unusual eighth place (11 pts) and this after eight days. Disappointing in the game, Kevin Kampl’s teammates therefore point to five points from qualifying places for the Champions League, but above all show great weaknesses in the defensive sector. An aspect regretted by Jesse Marsch, the coach of the RBL, at the end of the meeting: “One point, that’s okay, but I’m not happy with our second half. We are not efficient enough in the last thirty meters, and we make too many mistakes in our own thirty meters (…) It is too easy to score against us. “ And it is not the statistics that will say the opposite. If offensively, Leipzig continues, of course, to make strong impressions with 16 goals since the start of the season (an average of 2 goals per game), the German formation has already conceded 8 goals in the league, or one goal per game.

The “big ones”, concern of Leipzig!

And the record is even worse in the Champions League … Last of group A after two defeats, RB Leipzig is therefore orphaned by the slightest point before facing, twice, PSG (this Tuesday then November 3) . A double confrontation with the paces of last chance for a club fervent of the attacking game, very feverish defensively, but which especially struggles to perform against the big teams and this is the most worrying. Overwhelmed by the armada of Manchester City (3-6), Jesse Marsch’s players have also never managed to impose their style of play against a very attractive Bruges team (1-2). Symbol of this fragility on both sides of the field since the start of the European campaign, the lack of efficiency in the finish (9 shots against City for 3 on target / 13 shots against Bruges including 4 on target) to which is added a defensive animation more than failing (17 shots conceded City). The same story also resonates in the Bundesliga. If RB Leipzig stood out with some convincing successes against Stuttgart (4-0), against Hertha Berlin (6-0) or even in Bochum (3-0), the German formation struggles against the toughest competitors. of this championship, as evidenced by the losses conceded against Bayern Munich (1-4) and Wolfsburg (0-1) or the most recent performance in Freiburg (4th).

Before moving on the lawn of the Parc des Princes to face the bloated workforce of Mauricio Pochettino, Leipzig also shows great difficulties away from home, an unusual constant. To illustrate this, Simakan’s teammates remain, in the Bundesliga, devoid of any success outside the Red Bull Arena. Nine points taken out of eleven possible at home, but only two away. For Jesse Marsch, successor to Julian Nagelsmann, the pressure is therefore enormous and the “site” – to use the American’s words – seems colossal. Because beyond the disappointing results, the collective animation of the RBL alternates between dazzling and gloomy and the new coach of the winged bulls does not seem to have yet found the right formula: “We try every day to learn and play better and better, but it’s not that easy at the moment”, he regretted this Saturday. And for good reason, during the last summer transfer window, the German formation underwent important changes which seem, for the time being, to stop the perfectly oiled machine of last season.

The ‘Bull’ in the stomach for the defense of Leipzig

Orphan of Dayot Upamecano who left for Bayern Munich and Ibrahima Konaté who arrived from Liverpool, the RBL thus displays an unprecedented defensive sector where the precocious Mohamed Simakan (21 years old) arrived from Strasbourg and Jsoko Gvardiol (19 years old) came from Dinamo Zagreb clearly do not yet compensate for the talents given up this summer. Two first-rate starts to which must be added the transfer of midfielder Marcel Sabitzer, now in the Bavarian jersey. A modified workforce also leading to significant tactical changes. Used to evolving with a defense three under Julien Nagelsmann (2019-2021), the RBL – twice on the Bundesliga podium and semi-finalist in the Champions League in 2020 against … PSG – is now experimenting with a defense with four with the former coach of RB Salzburg (2019-2021). And the results are slow to be effective: “Our problem is consistency. Either we play very well or we play very badly ”, summed up the former deputy of the RBL (2018-2019).

Feverish, plagued by doubts, RB Leipzig therefore arrives with a fragility that cannot exist in the face of the talents present within the Parisian workforce. A sizeable challenge for Jesse Marsch, a task that will be difficult for goalkeeper Peter Gulacsi in a tense context within the club. Unhappy with the start of the season, the leaders of Leipzig are getting impatient, as evidenced by the presence of general manager Oliver Mintzlaff talking, at the edge of the lawn, with his coach, Saturday, at the end of the meeting. Asked about this episode, Jesse Marsch however reaffirmed the trust placed in him: “It’s a difficult time for the club, we know that. I know that the level of requirement is higher. But we have to stay calm and work well together in the coming weeks. I can only say that within the club, the support for me, for our group is very, very strong. “

Christopher Nkunku as a savior?

Despite all the difficulties listed above, a light does indeed remain green on the Leipzig side. Her name ? Christopher Nkunku. While André Silva (25), new RBL recruit and author of 28 goals in 32 games with Frankfurt last season, struggles to confirm in his new colors (two goals and more and more relegated to the substitutes’ bench) , the former Parisian remains the only one to really float in this struggling workforce. Thus, since the enthronement of Jesse Marsch, Nkunku has totaled 9 goals (including a hat-trick against City) and 4 assists in 11 matches in all competitions! In a right winger position, the Titi is the tree that hides the forest (3 goals for Forsberg, 3 for Szoboszlai, 1 for Poulsen and 2 for Silva) on the offensive plan. But regardless, his return to the Parc des Princes will necessarily be accompanied by a spirit of revenge …

The club’s top scorer and passer, Nkunku is also approaching this double confrontation with confidence and necessarily hopes to shine in his old stadium: “It’s like a ritual. We play PSG every year and it’s always a special match for me. The stadium, the Parc des Princes, is special to me. After our two defeats, it is extremely important for us to get a good result in Paris. Of course, they are a great team, but we must not belittle ourselves. We have a chance in Paris. ” With this sparkling start to the season, the 23-year-old RBL striker will therefore represent the number one danger for Mauricio Pochettino and his men. When we know the ability of the former Titis to hurt PSG …

Juventus: the serious mea-culpa of Adrien Rabiot in the face of criticism

Juventus: the serious mea-culpa of Adrien Rabiot in the face of...

Carlo Ancelotti marks a little more in the history of Real...