Real Madrid: Eden Hazard, it does not get better 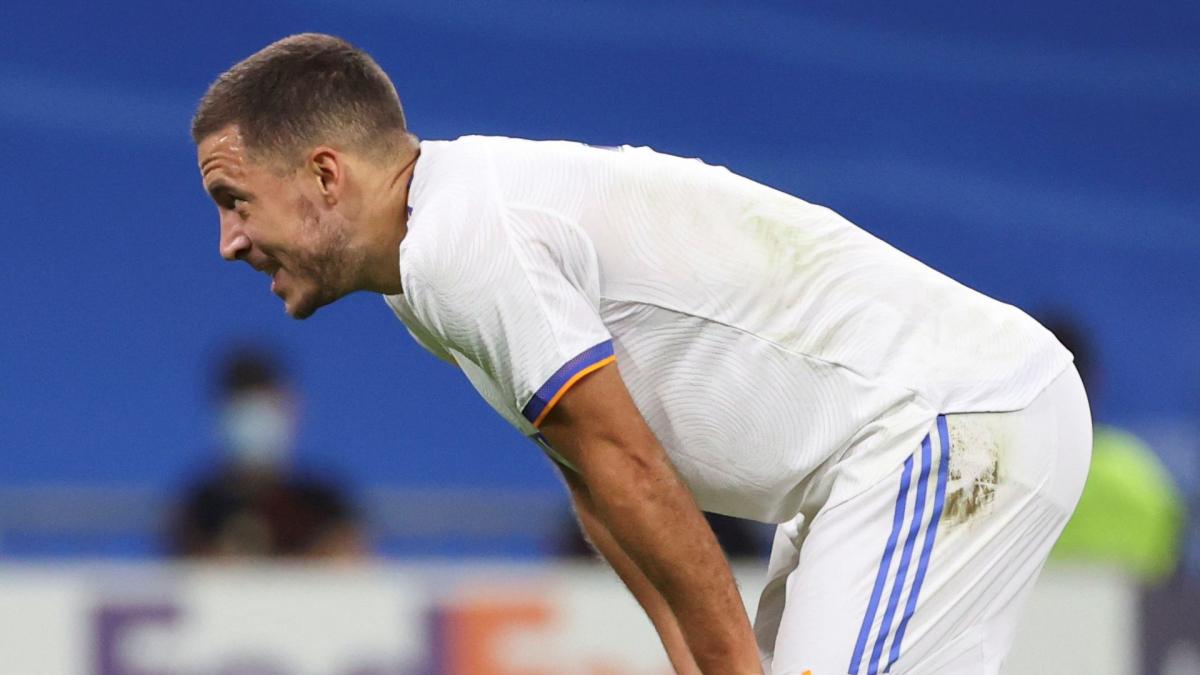 Again absent with Real Madrid after prematurely leaving the gathering of the Red Devils in the League of Nations, Eden Hazard did not play a single minute during the Clasico, at Camp Nou (2-1), and seems to come out of the eleven definitively of Carlo Ancelotti due to the good performances of Vinicius Jr.

Following a new physical glitch against the France team, in the League of Nations (2-3), Eden Hazard was forced to leave the rally in Belgium and was unable to participate in the victory against Shakhtar, in the Champions League (5-0). After working for two weeks in the hope of returning to the Clasico at Camp Nou, Carlo Ancelotti finally deemed it too fair to face Barça (2-1), while he was nevertheless present in the Madrid group . The Belgian did not play a minute in Catalonia on Sunday.

A blow for the former Chelsea. Arrived in June 2019 at the Merengues, Eden Hazard (30) has still not played a single minute during a Clasico with Real Madrid. While five games against FC Barcelona have taken place, the Belgian has been absent on five occasions. In 2019, he missed both meetings with a serious ankle injury suffered against Paris Saint-Germain. Same scenario the following season, due to an injury to the right leg in the first leg and a muscle problem on the return. Absences at important moments that seem to annoy Madrid.

Even if Carlo Ancelotti still believes in him, his regular absences force Carlo Ancelotti to take him out of his game plan. “He had a lot of injuries. Little by little, he reached his best level. I’m sure he’s going to achieve it this season and he’s going to play a lot of games. Its position is very clear. He can play as a left winger in a 4-3-3 or as a playmaker in a 4-4-2. “ A glowing message, this Tuesday, at a press conference, to his player, but the Italian technician still seems to have found an attacking trio Vinicius Jr – Benzema – Rodrygo who showed signs of satisfaction.

As a playmaker, Eden Hazard has only played two games at Real Madrid. And given the very good form of Vinicius in recent weeks, the return of the former LOSC player forces Carlo Ancelotti to put him on the bench. “He can play, but there is a coach who now prefers to try another player. The important thing is that he is motivated to work and play. This is what he does and his time will come. It has absolutely everything. He must hang on. At the moment he’s not playing, but he has all the characteristics of a Real Madrid player: quality and motivation ”, added the Italian. A strong message sent to the 30-year-old winger, who has only played seven games with Casa Blanca this season.