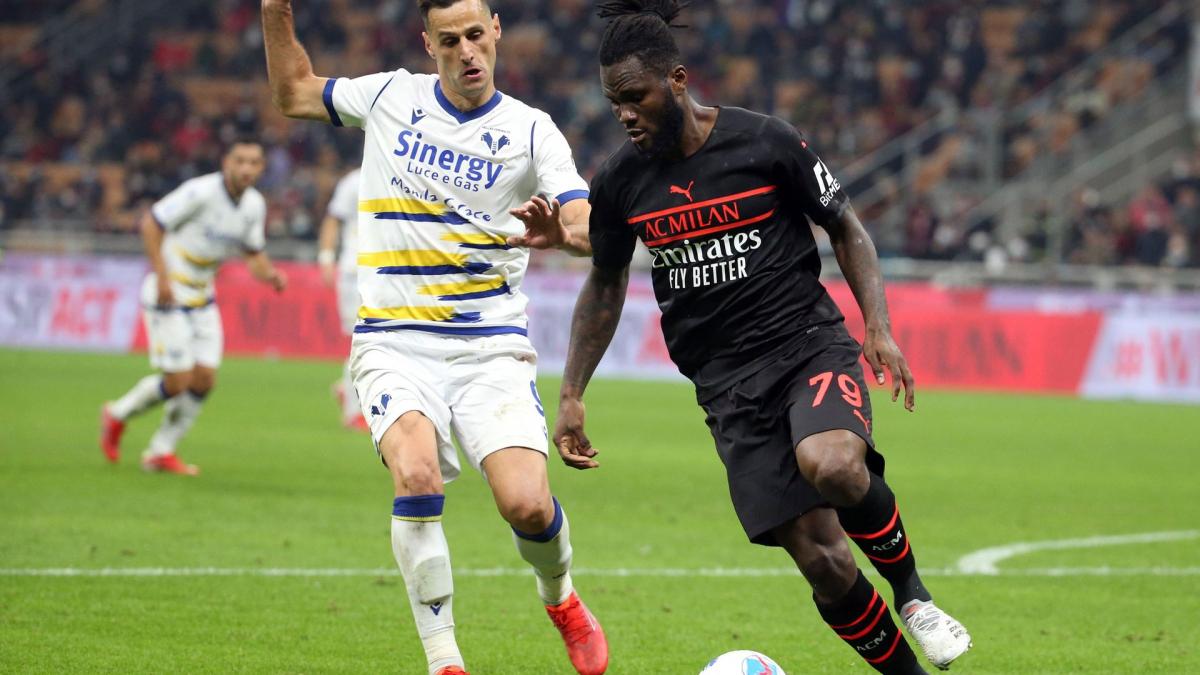 The Milanese, deprived of Théo Hernandez or Simon Kjaer, have resources, and a sacred mind. Led 2-0 on their turf by Hellas Verona, AC Milan turned things around against Hellas Verona to win 3 goals to 2 for the 8th day of Serie A this Saturday. Things had therefore started very badly for the Rossoneri, who conceded two goals in less than 25 minutes through Gianluca Caprari (7th) and Antonin Barak on penalty (24th). To make matters worse this catastrophic first period, Ante Rebic had to leave his partners on injury before the break (35th).

But now, Olivier Giroud sounded the revolt on the hour mark thanks to a remarkable work of Rafael Leao (59th), before the specialist Franck Kessié does not put the two teams back to equality by also transforming a penalty (76th). In the process, a cross from Samuel Castillejo pushed Koray Günter to deceive his own goalkeeper (78th, csc) to offer the Lombard club the provisional place of leader of the Italian championship. AC Milan remain undefeated in Serie A. Hellas Verona fall after 4 games unbeaten to rank 12th.

Find the Serie A ranking

PSG: Di Maria-Icardi-Messi, a not so sexy trio

BVB: Jude Bellingham castigates the referee of the Klassiker