Serie A: Inter Milan win in Venice and put pressure on leading teams 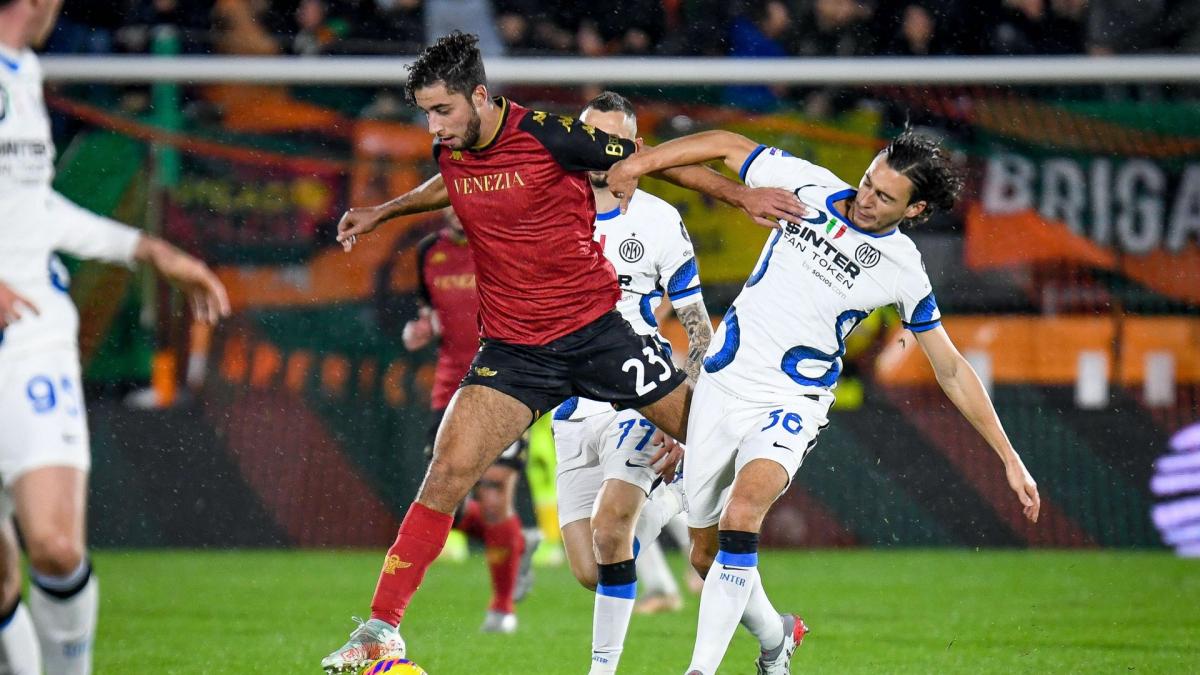 Inter Milan (3rd, 28 pts) moved on the lawn of Venice (15th, 15 pts) this Saturday, on behalf of the 14th day of Serie A. The Nerazzurri remained on a victory against Naples at the weekend last (3-2), while the Arancioneroverdi had chained two consecutive successes against AS Roma (3-2) and Bologna (0-1). If successful, Inter had the opportunity to put pressure on Napoli and AC Milan, tied for first with 32 points. After several hot situations (12th, 14th, 30th), the Interists ended up opening the scoring. Çalhanoglu was found on the outskirts of the opponent’s area and followed with a dry shot that deceived Romero (0-1, 34 ‘).

The Nerazzurri continued to control the meeting, without managing to take cover, whether through Dzeko (54th, 69th) or Skriniar from a corner (61st). Dimarco in turn came up against Romero (83rd), which left hopes for the promoted, but the Milanese defense was imperial and let nothing pass. In additional time, Martinez ended up giving his team two goals ahead (2-0, 90th + 6). With this victory, the Interists return to a length of Naples and AC Milan. On the next day, Venice will move on the lawn of Atalanta, Inter Milan will receive La Spezia.

Jérémy Ménez will bounce back in Malta!

Jérémy Ménez will bounce back in Malta!