The Bayer Leverkusen of Gerardo Seoane, the new host of the Bundesliga 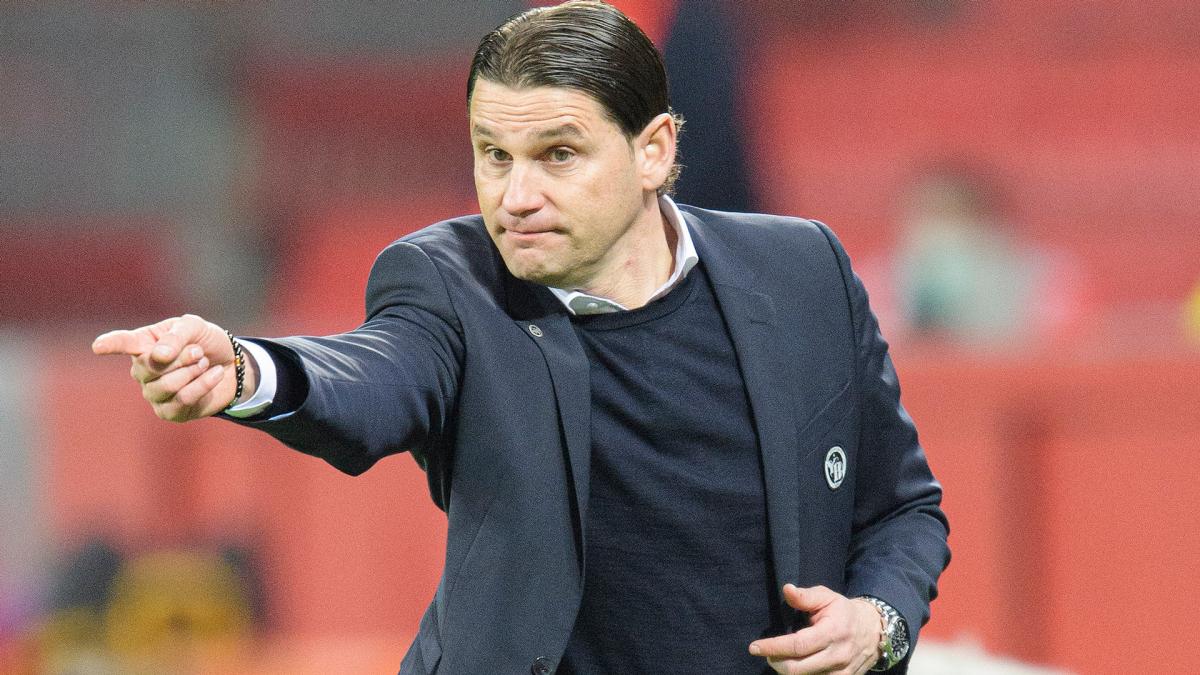 Arrived this summer from the Young Boys of Bern, Gerardo Seoane wanted to confirm to Bayer Leverkusen that he had everything to become a renowned coach. The Swiss technician has already hit hard at the start of the Bundesliga season with a talented youth.

Leading the Bundesliga before Matchday 8, Bayern Munich are where we expect them to be. However, one team has also started the season very well, and that is Bayer Leverkusen. With 16 points acquired out of 21 possible, the team now coached by Gerardo Seoane is a small sensation. Fifth in the Bundesliga in 2020 and sixth in 2021, the North Rhine-Westphalia club wants to return to the Champions League and for this, it has put the means this summer. After Hannes Wolf’s interim and the departure of Peter Bosz a few months ago, Gerardo Seoane has arrived with a good reputation. Aged 42, he won the last 3 Swiss league titles with the Young Boys of Bern.

With this label, he quickly breathed new life into Die Werkself. Former German glory Lothar Matthaüs had also expressed his astonishment to see such a successful Bayer Leverkusen at the start of the season and congratulated Gerardo Seoane’s debut: “I’m quite surprised by him. He understood the league very quickly and gave Bayer Leverkusen a very nice signing. Fast and attractive football on the wings, an excellent center-forward with a chic and defensive structure and almost better stability than in the past. ” Now expected, Gerardo Seoane can count on a workforce that perfectly matches his ideas.

Directly installing a 4-2-3-1, he quickly found the right formula. The indisputable Finnish goalkeeper Lukas Hradecky remained in the cages while Jeremie Frimpong and former Parisian Mitchel Bakker gave satisfaction in the corridors. Despite the injury of boss Edmond Tapsoba who should return soon, he found several combinations in defense with rookie Odilon Kossounou but also the return to a very good level of Jonathan Tah. Finally, the young Ecuadorian Piero Hincapié (19 years old) who arrived last summer caused a sensation during the last matches and managed to gradually take a place in the eleven to the detriment of Odilon Kossounou who still needed a time to ‘adaptation. Last year, Bayer Leverkusen did not have a catastrophic defense (39 goals conceded, third total behind Leipzig and Wolfsburg), however we feel a little more security. Bayer Leverkusen have conceded only 7 goals in 7 matches and only Freiburg and Mainz do better in the top flight (5). Well in place behind, Bayer Leverkusen remains above all a goal machine.

Behind a double pivot where Kerem Demirbay is indisputable and where Charles Aranguiz and Robert Andrich often share the minutes, the attacking quartet has enough to drive the German defenses crazy with 20 goals scored in 7 matches, only Bayern Munich (24 goals) do better . If Paulinho, Amine Adli and Karim Bellarabi are fighting for a place in the lane, the other three are indestructible. The other wing is owned by Moussa Diaby who has already scored 4 goals and delivered 1 offering in 7 matches. In front, Patrik Schick lives up to his reputation as a scorer with 6 goals and 2 assists in 7 matches. Nevertheless, the boss of this team is only 18 years old and has established himself as one of the very best players in the Bundesliga. This is Florian Wirtz who has 4 goals and 5 assists in 6 Bundesliga matches. Impactful player in Gerardo Seoane’s squad, he is the cornerstone of his Bayer Leverkusen 2021/2022.

If the results are excellent like a solid 4-0 against Borussia Mönchengladbach, the only big shock against Borussia Dortmund ended in a 4-3 defeat where a certain naivety emerged. Gerardo Seoane is therefore expected tomorrow against Bayern Munich. Demanding, his game requires great tactical discipline with Kerem Demerbay who often backs down to move to three behind and allow the full-backs (Bakker / Frimpong most often) to rise. This allows for up to six to seven players in the offensive areas. To limit the damage during the pullbacks, Gerardo Seoane assumed a choice based on physical power and speed during the summer transfers.

Again, Gerardo Seoane expects full investment and aggressive play on the opponent against Bayern Munich: “We know that on a good day we can play well against Bayern and get a good result. We need courage and aggressiveness to push high. But also understanding (of the game) to manage depth, sometimes. I don’t want to overestimate the situation in the standings, even if it creates additional explosiveness in this game. It shows us where we are and what we still need to improve. Of course, the games against Bayern are always something special ”. This new test for Bayer Leverkusen will highlight the good work done for several weeks or expose a little more the weaknesses against the big opponents. Gerardo Seoane goes revealing.