Why Marcelo Bielsa’s Leeds can’t do it anymore 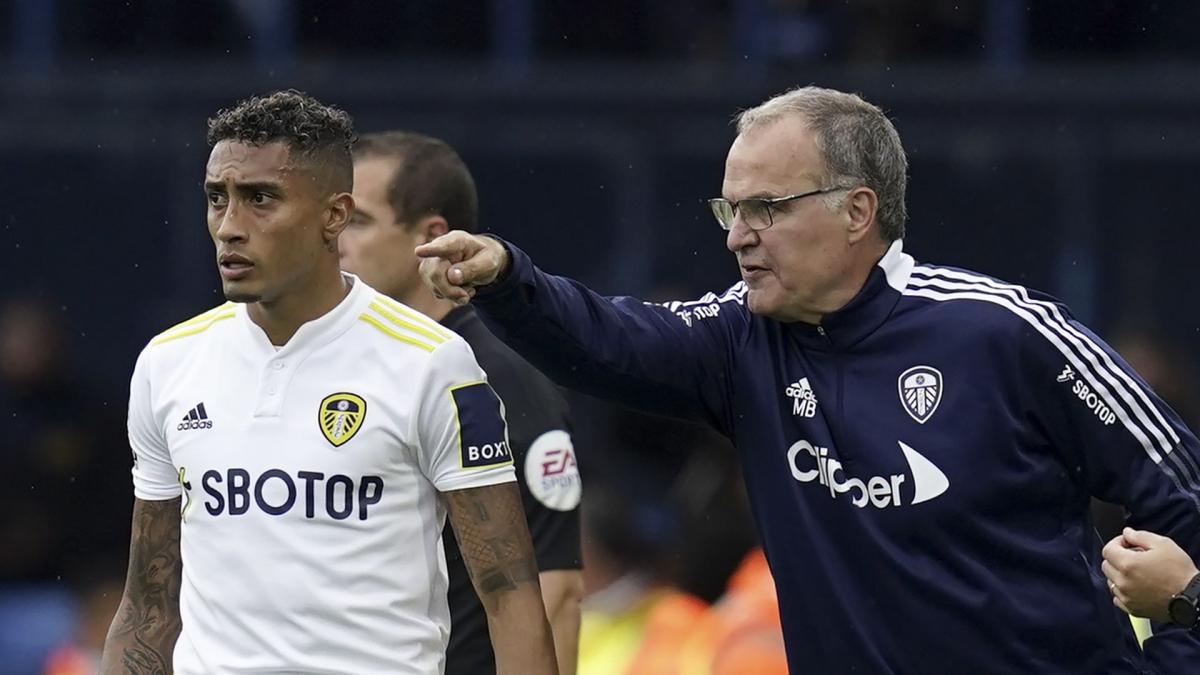 Authors of a 2020/2021 season noticed for their return to the Premier League, the Peacocks are experiencing more difficulties this year. Explanations.

Championship champion at the end of the 2019/2020 season, Leeds made their comeback in the Premier League last year. With Marcelo Bielsa at the helm, the Peacocks had completed this comeback season with a promising ninth place in the standings. This year, if Raphinha manages to stand out, the Whites are a bit disillusioned. Seventeenth in the championship, Marcelo Bielsa’s players have won only one of their eight matches played (3 draws, 4 defeats). This weekend, they also lost 1-0 on the lawn of Southampton. A bad result against which El Loco had a lucid analysis.

A cascade of wounded

Superstitious people will say that the team has lost its favorite player: the English international midfielder Kalvin Philipps (25 years old, 17 caps). Absent against the Saints, Phillips has missed 11 appearances for his team since last season. The results are clear: Leeds lost 9 times. But if Phillips’ contribution is certain, his absence obviously does not explain everything. It was in fact the absence of several players besides Phillips (Luke Ayling, Junior Firpo, Robin Koch and Patrick Bamford) that greatly damaged the Peacocks. For example, a Bamford author of 17 goals last year in the league has planted only once due to a truncated start to the season.

Deprived of several executives (facing Southampton it lacked Bamford, Phillips and Raphinha who was with Brazil), Leeds is not clear. But that’s not all. After having amazed Premier League lovers last year by being a team capable of putting on a show in every match (6th best attack in the championship, 62 goals), Leeds has lost some of its magic. And this, for two reasons according to Bamford.

The surprise effect has disappeared

“When you are in the first season (which follows the rise in PL) you have momentum, you ride the wave, it’s almost not real. You play without expectations. There was no fear, no tension. We also got to take advantage of the surprise factor last season, no one knew what we were doing. I think this year people know what we are going to offer and they are anticipating. It means we have to fight all the time, we can’t even make a small mistake. The feedback from spectators also plays a role and makes the matches a bit difficult. “

A combination of factors that currently hurts Marcelo Bielsa’s proteges. And if no one sinks into pessimism, club leaders are hoping for a reaction by the end of the year. Because Leeds wants to expand its stadium, Elland Road (from around 37,000 to 55,000 seats). To do this, the Peacocks have even given up building a brand new training center estimated at € 29 million. But this endeavor comes at a cost and it goes without saying that a premature return to the Championship will not be good news for the finances of a club relying on the juicy economic fallout of the Premier League after deciding to expand its enclosure and have spent more than 150 M € on the transfer market (since 2020).

Youth League: PSG offers a comeback against Bruges and goes to the 1/8 final!

Youth League: PSG offers a comeback against Bruges and goes to...

FC Barcelona is exposed to an unprecedented disaster

PSG: Lionel Messi is the most ineffective striker in Europe this...