Champions League football continues tonight as Atletico look to get back to winning ways while Lazio looks to shock Bayern.

Football’s grand competition lived up to its billing last week, with a litany of surprising results, among them Barcelona’s 4-1 collapse in the hands of PSG and Juventus’s 2-1 loss away to Porto.

Another thrilling run of fixtures awaits us tonight.

Atletico Madrid looking to bounce back

The Rojiblancos were, at some point, seemingly unbeatable. In fact, they were very hard to score against, and they remain so.

However, Saturday’s 2-0 loss to Levante marked the third game in the last five that Diego Simeone’s men failed to win. They had also been held to a 1-1 draw at Levante and had also suffered a late equalizer from stubborn visitors, Celta Vigo.

In short, Atleti is not in the best run of form. They come up against a Chelsea team on the ascendancy.

Despite the 1-1 draw at Southampton, Chelsea is showing progress under Tomas Tuchel. Though scoring remains quite an issue, they have been dominant in all their games, something that came to the fore against Southampton.

However, Chelsea has become more defensively solid under Tuchel, and they come up against Simeone’s team with a reputation for choking defensive discipline. This match will unlikely yield many goals, though Atleti will believe since they have one of football’s most lethal forwards, Luis Suarez.

The last five encounters between the two teams have yielded two wins for Atletico, two draws, and Chelsea winning one. 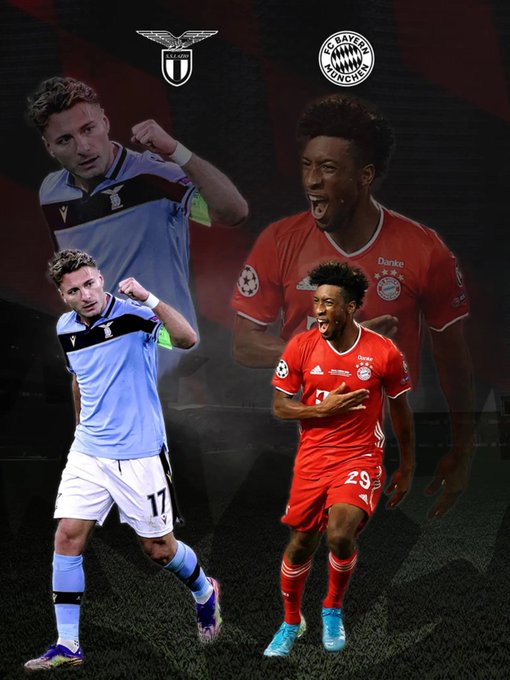 Bayern Munich has been the best team in Europe and the world for the past few months. The German Champions stamped their authority with a flawless run to the Champions League final last season. And you can’t bet against them to go all the way this time around too.

Lazio, meanwhile, makes it first Champions League knockout appearance in 21 years. This is the first competitive encounter between both sides. However, despite a 2-1 loss on Saturday, Bayern should comfortably see out the Italian side.

SOYA 2020: Olunga reacts after big win in the Awards

SOYA 2020: Olunga reacts after big win in the Awards

Concern as Gor Mahia remains stranded in Nairobi ahead of Sunday’s...