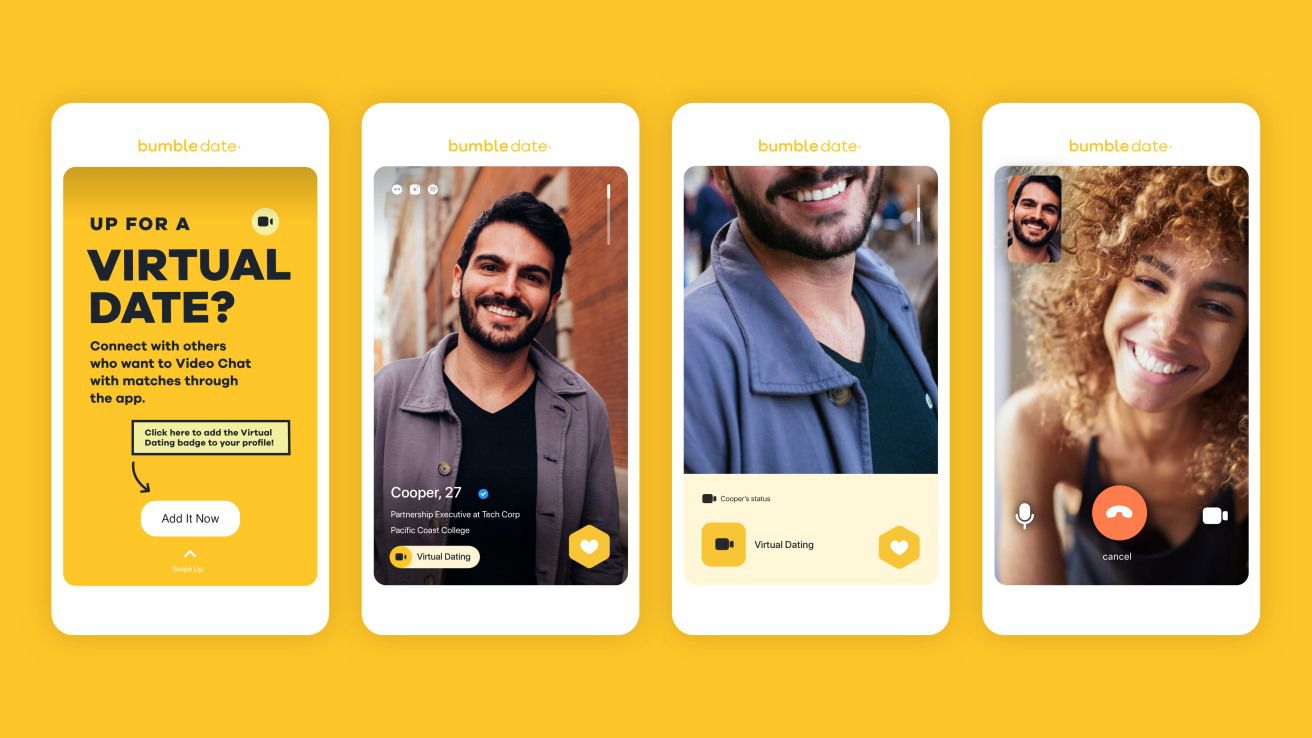 Bumble announced a major update to the look, feel and algorithm of the dating app. The purpose of the platform is to improve artificial intelligence to deliver better (and safer) results in connections between users. The upgrade also introduced a feature that automatically suggests the best photo to use in the profile.

The first new feature is the addition of the profile biography below the first photo, with the inclusion of pronouns and interests, which will help people to connect with others not just because of their appearance. The system also allows you to choose up to five interests among 160 available options, in addition to the integration with Instagram and Spotify accounts to show a little more about the user.

According to the company, the improved algorithm now starts analyzing the profile’s behavior to relate people with more similar habits, tastes and expectations. With automatic photo suggestion, for example, Bumble believes it will help its users better show who they are, and thus facilitate new connections.

In tests carried out with the new design, the software registered an increase in the time spent on profiles, a possible indication that the visual “holds” people longer when analyzing potential partners. For Bumble’s Global Product Director, Miles Norris, the sum of the new algorithm and the look should show people contacts that they might really be interested.

“We know that taking the first step with more intent makes for better and more meaningful connections over the long term, so we’ve developed an experience that delivers this in multiple ways. Now our community can present itself in a deeper way and with more information beyond the photos, resulting in more connections and good conversations”, explains Norris.

Another investment made by the company was in the improvement of artificial intelligence aimed at community security. The app has a system for prioritizing more serious complaints so that the support team’s response time is as short as possible according to each case. According to the developers, the technology is able to detect content and behavior that violate community guidelines without an official complaint.

This protection algorithm is supposed to be able to identify instances of harassment, hate speech and inappropriate content sharing in over 100 languages. In 2021 alone, the program’s AI has blocked more than 2.5 million accounts for non-compliance with regulations, with the majority automatically detected.

And, to celebrate the end of the year, Bumble will release the “Travel Mode” free of charge, previously exclusive to Premium subscribers, for all people, between the 3rd and 5th of December. This feature makes it possible to mark a city that you will spend the next seven days, which can help you find people from other locations and, who knows, give match during the stay out.

Bumble is free and can be downloaded by users on iOS or Android.

Check out 6 steps to avoid the fake boleto scam