After seeing some rumors and the start of testing periods of testing related to the feature known as Nearby Share, Google started offering its users the new functionality, having started making it available, at the end of last month, to those who rely on the Android 11 beta installed on your devices.

Now, a few weeks after the start of tests on smartphones, Google has started to officially make available the functionality that allows sharing files on notebooks that have Chrome OS on board.

According to the staff of XDA Developers, for the novelty to be used in Chrome OS, it is necessary to activate the settings “Share nearby” and then the option “Share Sheet”. When you do this, the “Nearby Share” option will automatically be displayed in the connected devices area within the settings.

As soon as this procedure is done, the system will show the possibility of sharing close to the sharing center in addition to the traditional programs like Gmail, Duo and others that are installed on Chrome OS and that are part of the list of apps and services. compatible.

When clicking on the option, a pop-up will appear at the bottom of the screen showing that the search is being carried out and communicating that both devices must be unlocked, with Bluetooth connection and location active, as well as close together. 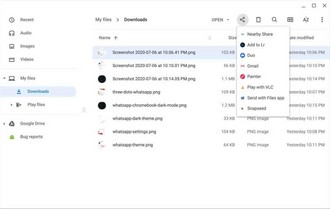 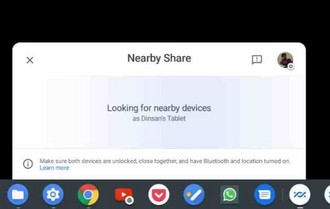 It is worth noting that, to benefit from the novelty, you must also have on your Android device the beta version of Google Play Services, something that can be obtained through the link below and later, installing the update through the Play Store itself, when you are available for download.

Cooking oil is an essential ingredient in cooking. I mean without it you will have no mean at all. A meal is never complete...
Read more

President Uhuru Kenyatta left former KTN news anchor Alex Chamwada surprised after he paid him an impromptu visit while he was filming one of...
Read more

Daniel Adongo's father has finally opened up about his son and the trending video of the former rugby star. From the video, you can see...
Read more
Loading...