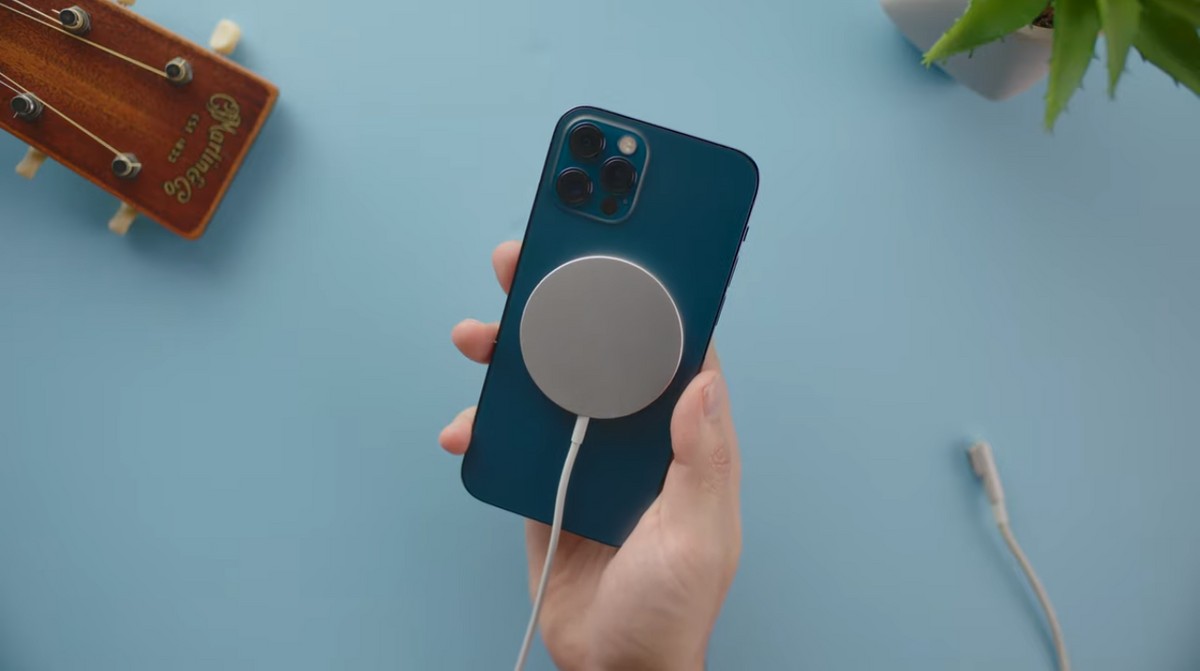 Presented alongside the four new iPhone 12 at last week’s Apple event, the MagSafe charging system is Apple’s bet to further popularize wireless charging thanks to the set of magnets that allow you to easily align and connect the charger with your smartphone, preventing you from waking up the next morning without a battery because it left your smartphone out of alignment with the charging cradle.

But what few expected to happen is that the MagSafe chargers for iPhone 12 would also work on competing models running Android, and some users have tested them on their smartphones.

Several websites and technology channels that tested MagSafe also took the opportunity to place the charger on other devices. In the video above from ZolloTech you can see that, testing the newly launched Google Pixel 5 the wireless charger can align and recharge the Google smartphone, but just shake the phone for the charger to exit.

The same goes for the Galaxy Z Fold 2, Samsung’s foldable smartphone that has support for wireless charging and reverse charging and can be used with MagSafe. However, because it also does not offer the magnet alignment system presented by Apple, the charger cannot withstand sudden movements.

If you’re wondering if MagSafe works on older Apple models as well, the answer is yes. The iPhone 11 Pro has been tested and proven that it is possible to use the wireless charging system, but the same problem with other devices happens.

The reason, as stated, is because of the magnets designed specifically to align the wireless charging base with the back cover of the iPhone 12. Since smartphones without MagSafe do not have the set of magnets, it is impossible for the system to be fixed with so much strength.

Fortnite must receive Kratos, character of God of War, coming soon. The ad appears to have been published ahead of time by...
Read more

Microsoft 365 offers several tools for businesses. The platform also has the Productivity Score, which tells how the tools are adhering to. ...
Read more
Load more

Controversial city pastor Maina Nga'ng'a has been trolled in the past for some of the rude responses he gives his congregants despite being a...
Read more

How Apple wants to change US law against forced Uyghur labor

A junior police officer in Meru County beat up his senior in public and in the presence of his colleagues and members of the...
Read more

A 19-year-old student ended his life after officers locked him inside a police cell at Kilibwoni Police Post. Meshark Kiprop, a student at  Ndubeneti Secondary...
Read more

Qualcomm's first chip engraved in 5 nm, the Snapdragon 888 promises a substantial performance gain not only on the CPU and GPU side, but...
Read more