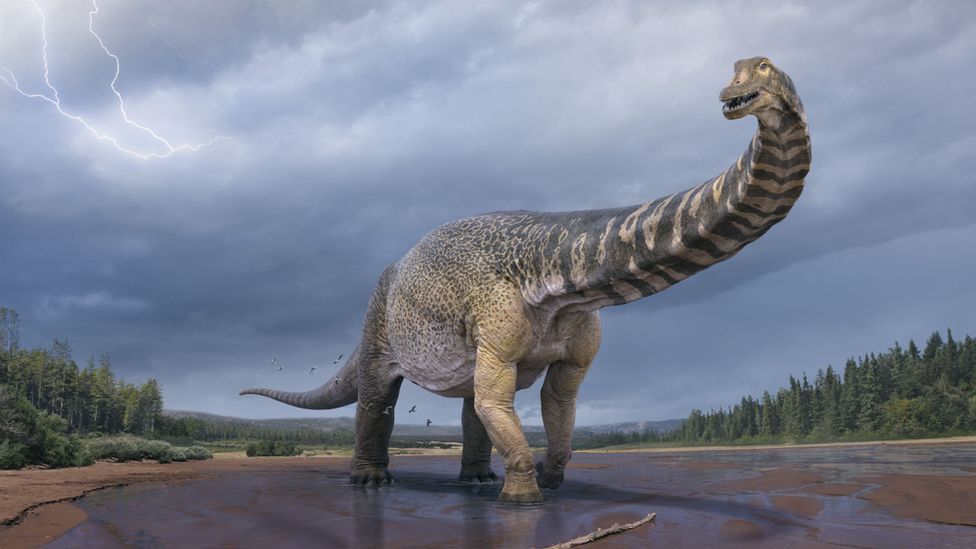 Dinosaurs of the Sauropodomorpha group, herbivores and with long necks, were successful in the fight for survival by walking in herds, according to a new study. The researchers analyzed the remains of eggs and skeletons of young and adult dinosaurs of the species Mussaurus patagonicus, found in Patagonia.

The location, 193 million years ago, brings the first evidence of a herd of dinosaurs, showing that the creatures raised their offspring in a community. The investigation found that the fossils were from animals of all ages, and that young people started walking on all fours before becoming bipedal in adulthood. The largest adult specimen found would have weighed 1.7 tons.

More than 100 eggs and skeletons of Mussasaurus were examined in an area of ​​just one square kilometer. The analysis was performed with x-ray images, evaluating the interior of the eggs and identifying the embryos. It was possible to determine the age of the embryos by counting the annual growth rings that were visible in thin slices of leg bone, observed under the microscope.

Many of the fossils, which were close together, were grouped by age, including egg groups and juvenile dinosaurs, as well as adults singly or in pairs. “This segregation tells us that this is not a simple family structure”, says Jahandar Ramezani, co-author of the study. “These are colonies with many dinosaurs that, basically, were taking care of the young and the eggs together”, he adds.

Sediments found among the fossils indicate that the site was near a short-lived lake, and researchers believe the dinosaurs died after a long drought, being buried in wind-borne dust. The dust also contained volcanic ash, which has tiny zircon crystals with high levels of uranium that turn to lead over time. Then, based on the amount of elements in the crystals, it was possible to calculate the age of the sediments, showing that the site is more than 193 million years old.

The full study was published in Scientific Reports.

Apple Watch SE and enhanced version may be released in 2022

Using and Setting Up Kindle for the First Time

Application uses AI to create images based only on written words

Apple Watch SE and enhanced version may be released in 2022

Using and Setting Up Kindle for the First Time

Application uses AI to create images based only on written words

Binance may have mistakenly sent half a billion Dogecoin to its...

Companies open in the pandemic are 452% more vulnerable to fraud